5.8 How come the shadow of the LM reaches the horizon?

IN A NUTSHELL: That’s not the horizon. It’s the raised rim of a nearby crater that hides the actual horizon, which is a lot farther away.

Moon hoax theorists such as Bill Kaysing argue that this makes no sense: the horizon should be miles away. For them it proves that the picture was taken on a small movie set and that the “horizon” is actually the line where the black backdrop that faked the sky met the edge of the set floor. 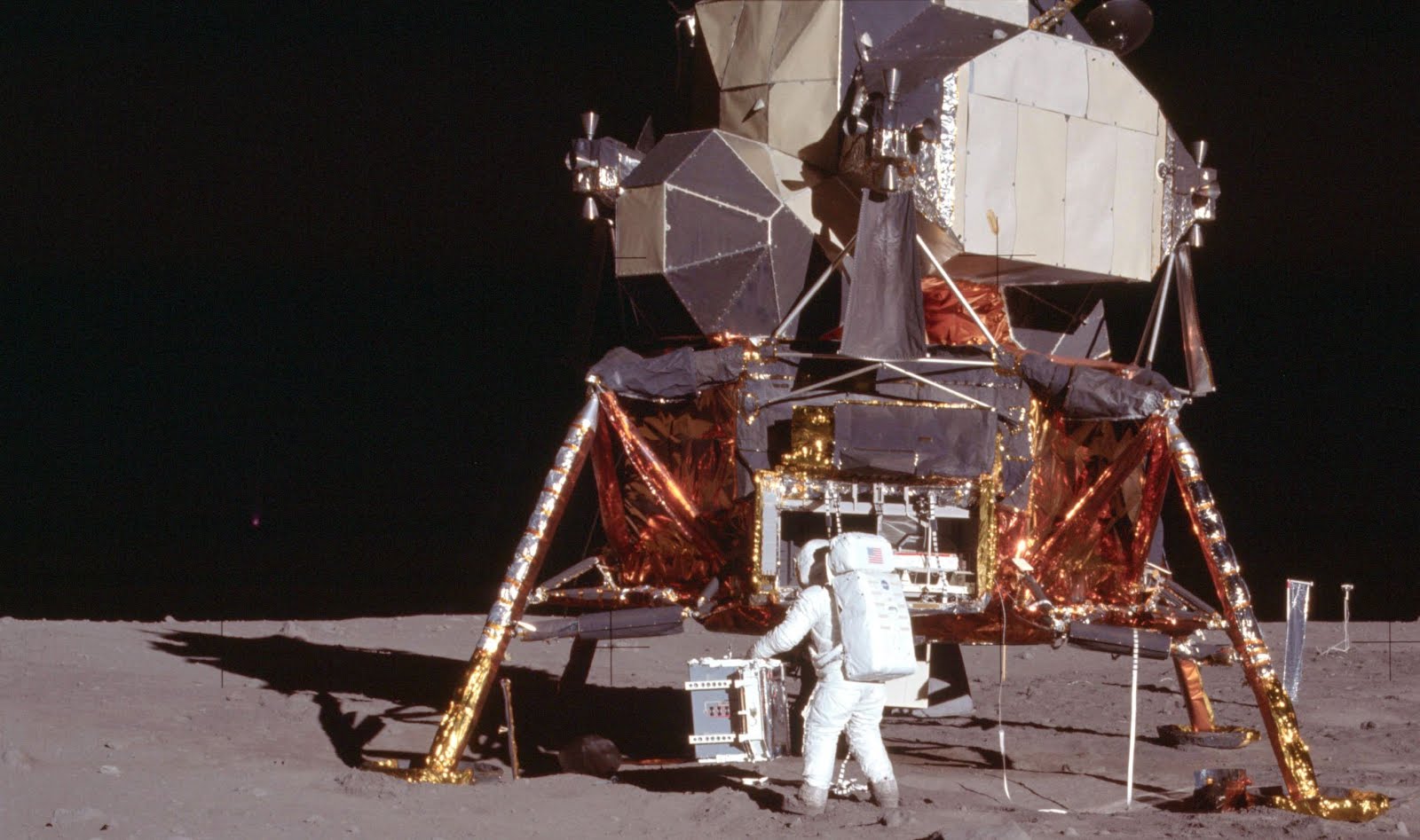 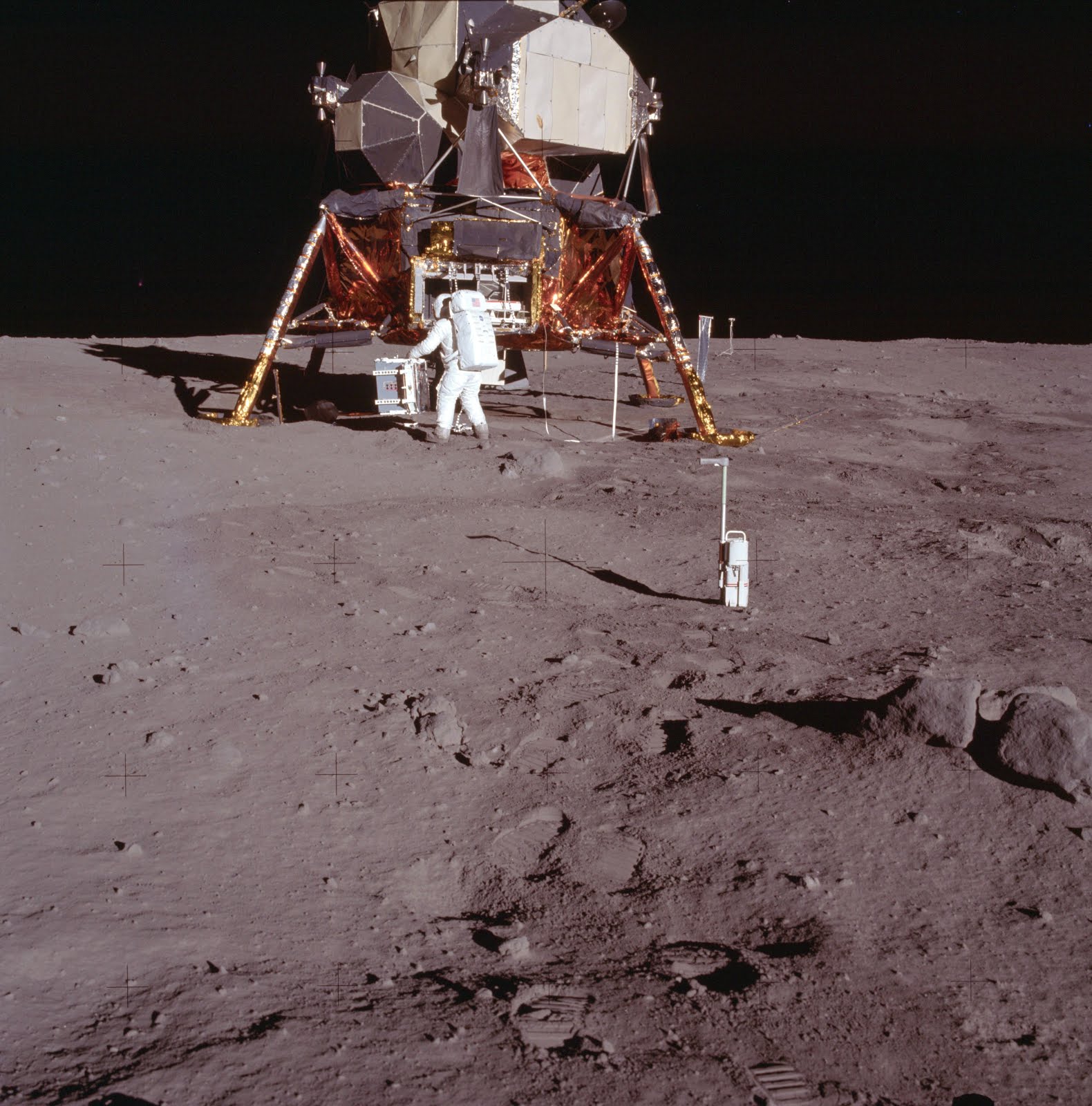 
However, if we look at AS11-40-5961 (Figure 5.8-3), another photograph of the same location taken from a greater distance in roughly the same direction, we can see that the shadow of the LM actually doesn’t reach the horizon at all. Moreover, this photo shows that the alleged “movie set” would have had to be huge. 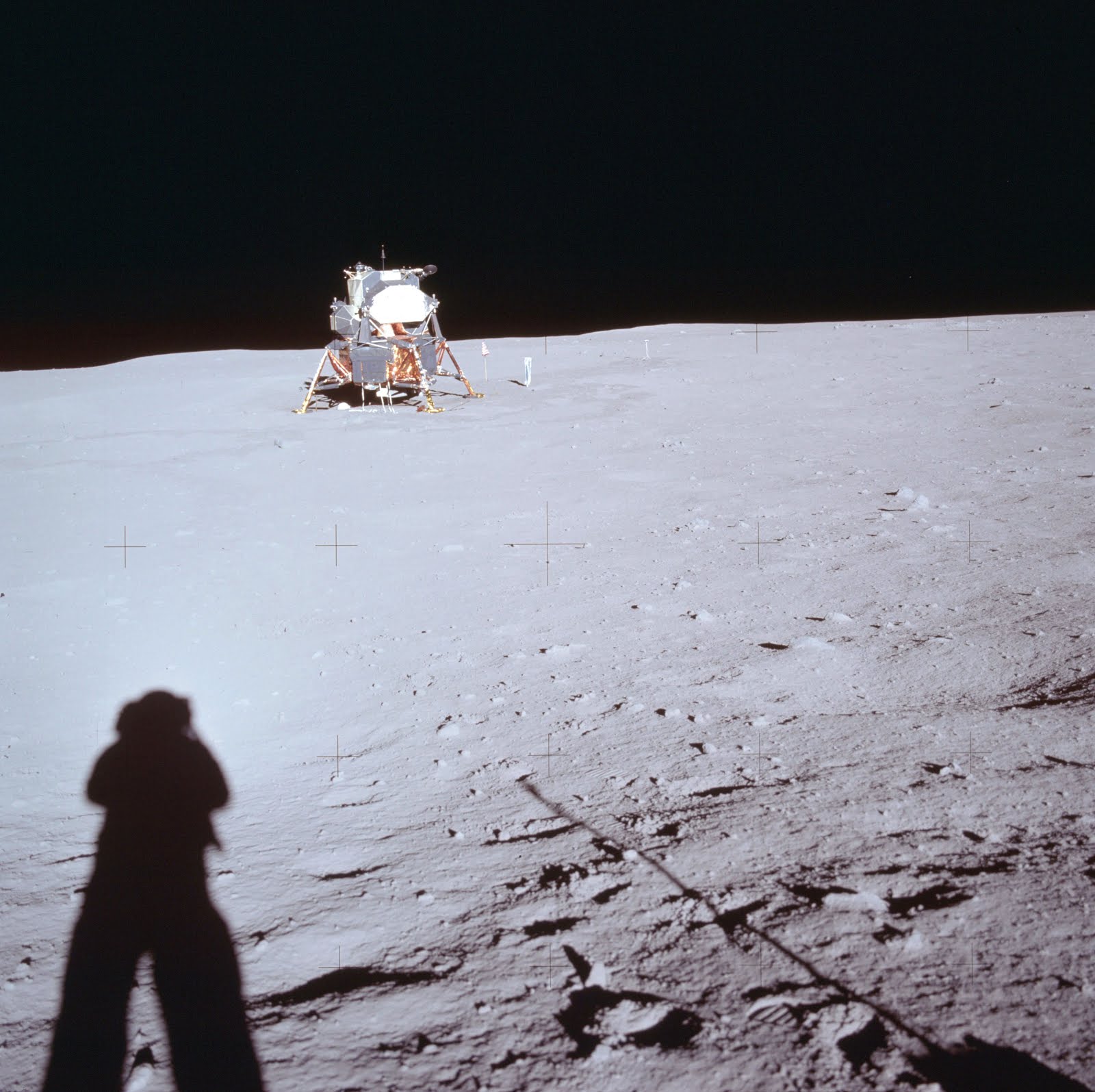 
If we check the astronaut traverse map of Apollo 11, we find that the LM landed close to two fairly large craters, dubbed Double and Little West, and that Double crater, approximately 15 meters (50 feet) in diameter, is located about 10 meters (30 feet) from the spacecraft. These craters are also documented in the photographs taken by the Lunar Orbiter probes in 1967, two years before the Apollo 11 landing (for example in photo V-76-H3).

In Figures 5.8-3 and 5.8-4, which show a photograph taken with Little West crater behind the photographer, Double crater is in the left part of the background. It owes its rather unimaginative name to the fact that it’s actually composed of two craters. In the map shown in Figure 5.8-5, the photograph of Figure 5.8-3 and 5.8-4 is taken from the right with the camera pointing left.


We can also inspect the landing site in the photographs taken by the Lunar Reconnaissance Orbiter and acquired in 2009 (Figure 5.8-6): Double crater is on the left of the LM, which is the large white spot at the center, surrounded by four darker dots which are the LM’s footpads. The white spots in the lower region of the photograph are the instruments left on the Moon by Armstrong and Aldrin. The orientation of this photograph matches the orientation of the map shown above. 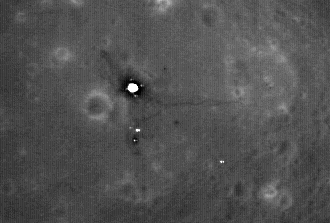 Figure 5.8-6. Image of the Apollo 11 landing site taken by the Lunar Reconnaissance Orbiter in 2009.


Putting together all this information, it turns out that the “horizon” claimed by hoax theorists is not the horizon at all: it’s the raised ridge of Double crater, which hides the actual horizon. The crater’s rim is highlighted in Figure 5.8-7: 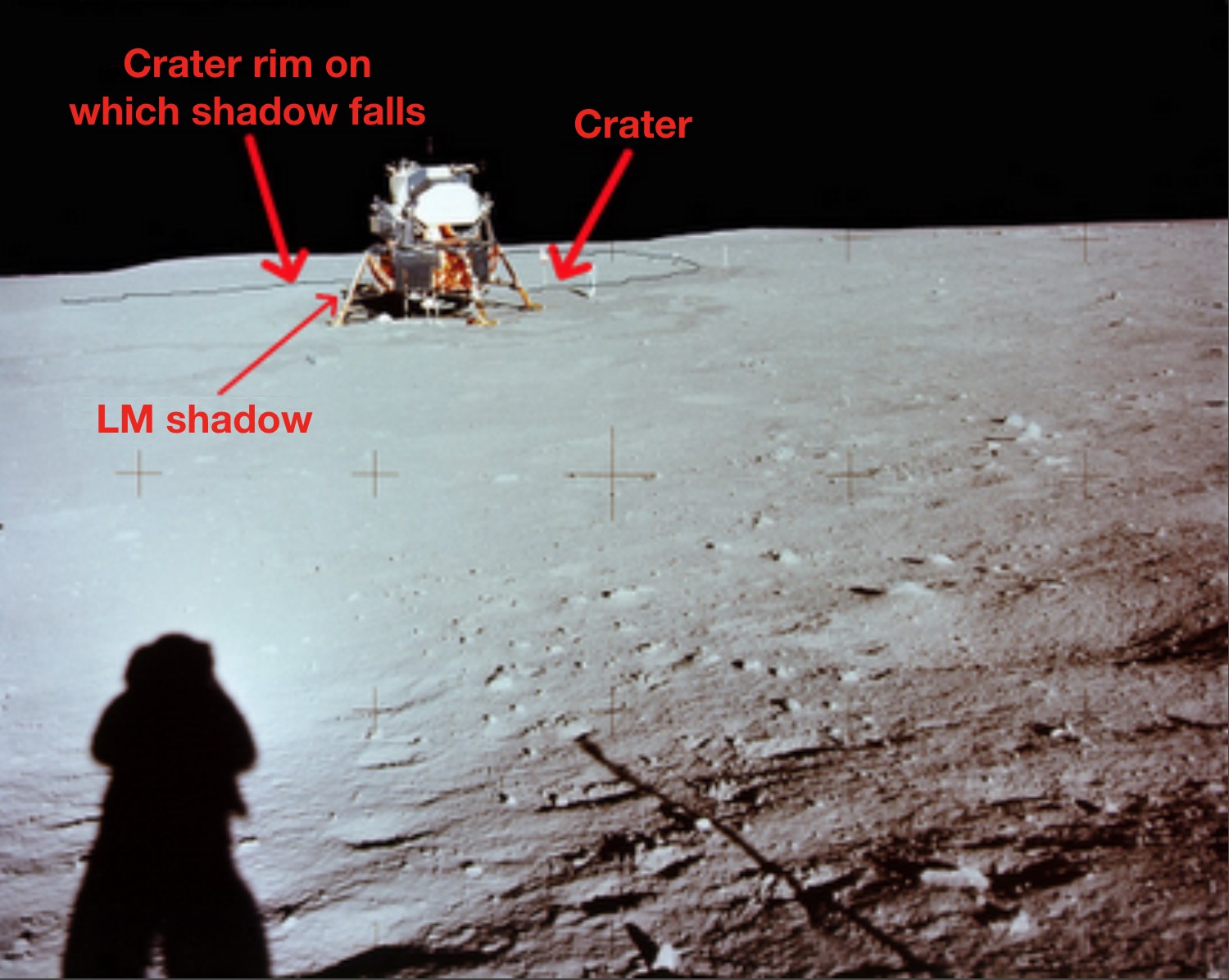 Figure 5.8-7. Photo AS11-40-5961, annotated to outline the edge of Double crater. Credit: Siamoandatisullaluna.com, with the authors’ permission.


The view from the LM and the unevenness of the terrain in front of the spacecraft are clearly shown by the panoramic composite picture of Figure 5.8-8, which combines Hasselblad photographs and 16 mm film frames taken from inside the LM:


In other words, there’s nothing wrong with the shadow of the LM, which does not reach the horizon at all. Conspiracy theorists who make this claim wrongly assume that the Moon is a perfectly smooth sphere and forget to consider that it has hollows and rises which can hide the true horizon. Many conspiracy theories are based on this incorrect assumption.

Incidentally, on the Moon the horizon is much closer to the observer than on Earth because the Moon is a smaller world. Barring any valleys, hills or mountains, the lunar horizon is about 2.43 kilometers (1.5 miles) from an observer whose eyes are 1.7 meters (5 feet 7 inches) above the ground. On Earth, for that same observer the horizon is about 4.7 kilometers (3 miles) away. From the point of view of the cameras mounted on the astronaut’s chest bracket, about 1.5 meters (4 feet 11 inches) above the ground, the lunar horizon would be even closer: just 2.28 kilometers (1.41 miles).

NEXT: 5.9 Why is there no flag shadow in the salute photograph?