The Saturn V-Apollo stack stood 111 meters (363 feet) tall and weighed almost 3,000 tons (6.5 million pounds). Even today it is still the most powerful operational rocket ever built; only the failed Soviet N1 exceeded it in terms of total thrust. 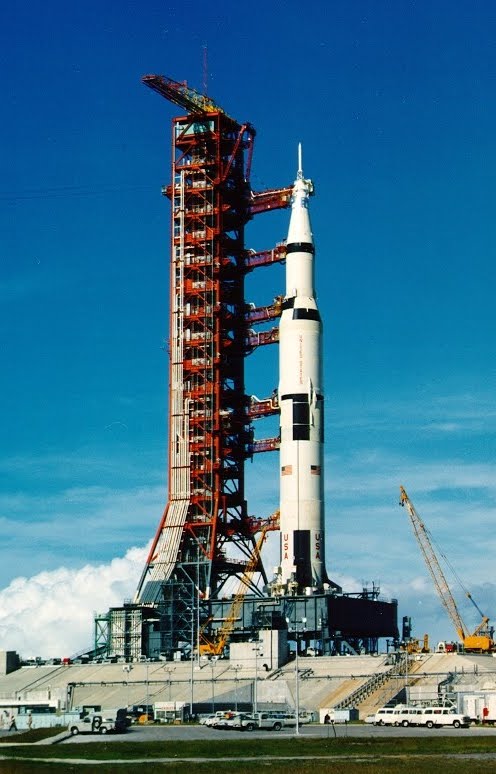 
The Saturn V consisted of three stages, topped by the Apollo spacecraft, which carried three astronauts. The very tip of this stack was the Launch Escape System, a high-acceleration rocket designed to whisk the crew compartment with the astronauts to safety in case of an emergency during liftoff.

The first stage, known as S-IC and manufactured by Boeing, was 42 meters (138 feet) tall, had a diameter of 10 meters (33 feet) and was equipped with five enormous F-1 engines that gulped 13.3 tons (29,300 pounds) of kerosene and liquid oxygen per second at liftoff, lifting the entire rocket to an altitude of about 67 kilometers (220,000 feet) and accelerating it to a speed of approximately 9,900 km/h (6,180 mph) in a little over two and a half minutes. The spent S-IC stage was then jettisoned and fell into the Atlantic Ocean. 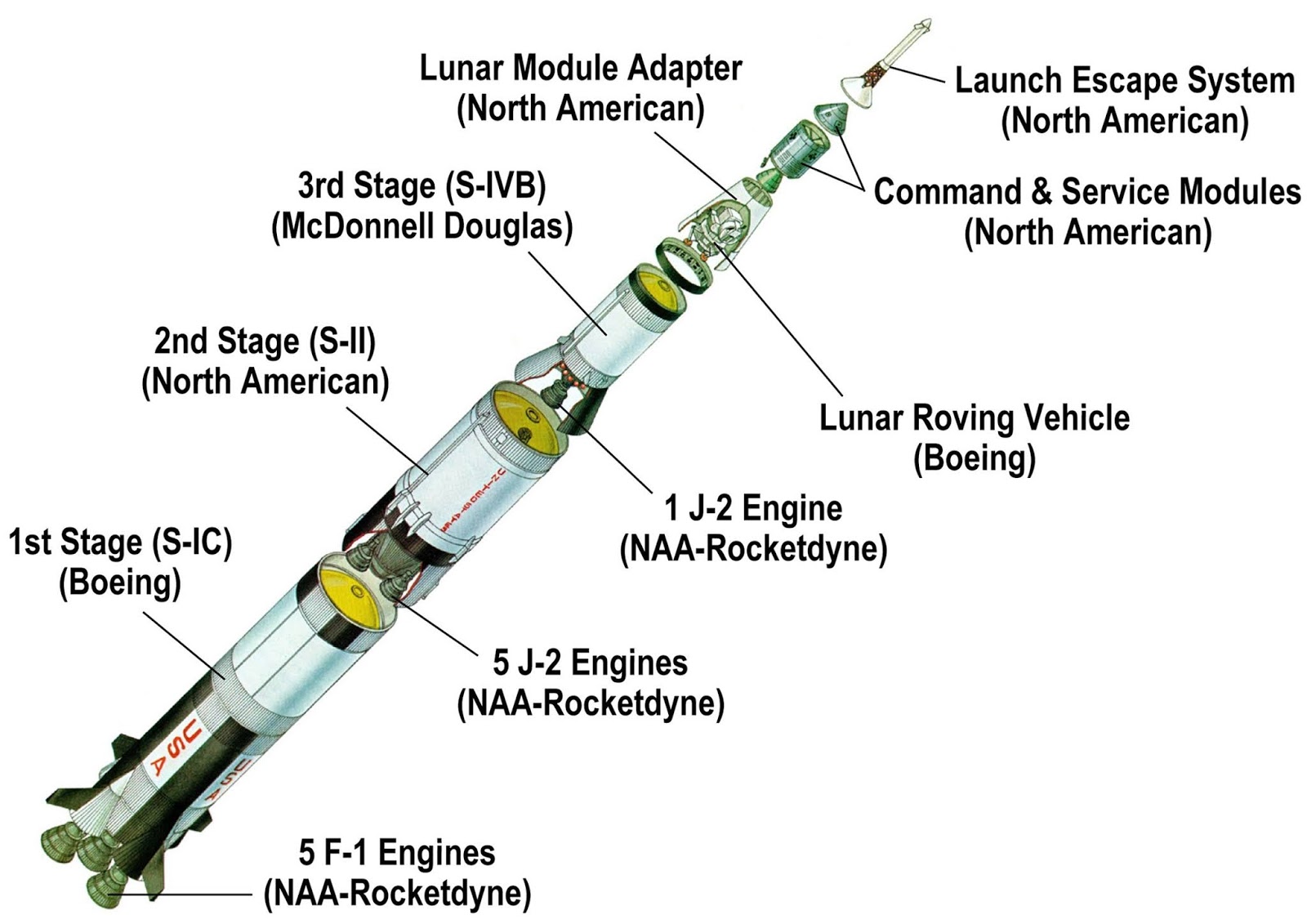 
The S-II second stage used liquid hydrogen and oxygen to fuel its five J-2 engines and continue the climb to space, reaching a speed of almost 24,000 km/h (14,800 mph) and an altitude of approximately 182 kilometers (600,000 feet) nine minutes after liftoff. It was then jettisoned like the previous stage. Together, these two stages constituted nine tenths of the total weight of a Saturn V.

Less than twelve minutes after launch, the astronauts were already in a parking orbit around the Earth, where they checked the onboard systems. The spacecraft at this point had the configuration shown in Figure 2.1-3.


After one orbit and a half, two hours and forty-four minutes after liftoff from Florida, the third-stage engine was restarted and burned for almost six minutes, accelerating the spacecraft to 39,000 km/h (24,200 mph) towards the Moon, which was approximately 400,000 kilometers (250,000 miles) away (the Earth-Moon distance varies every 27.3 days from 363,100 to 405,700 kilometers (225,600 to 252,000 miles), measured center to center). The spacecraft then began coasting with its engines off towards its destination, gradually slowing down due to the Earth’s gravitational attraction and then accelerating again as it approached the Moon.

During their three-day trip, the astronauts, aided by the onboard computers and by the observations and measurements performed on Earth, carried out slight course corrections and a very delicate undocking, rotation and docking maneuver to prepare the Apollo spacecraft for its lunar mission and abandon the third stage of the Saturn V.

NEXT: 2.2 The Apollo spacecraft