The three crewmembers traveled in the cone-shaped Command Module (CM), which was 4 meters (13 feet) wide at the base and 3.5 meters (11.5 feet) tall, with a total cabin volume roughly equal to the cargo body of a small van. 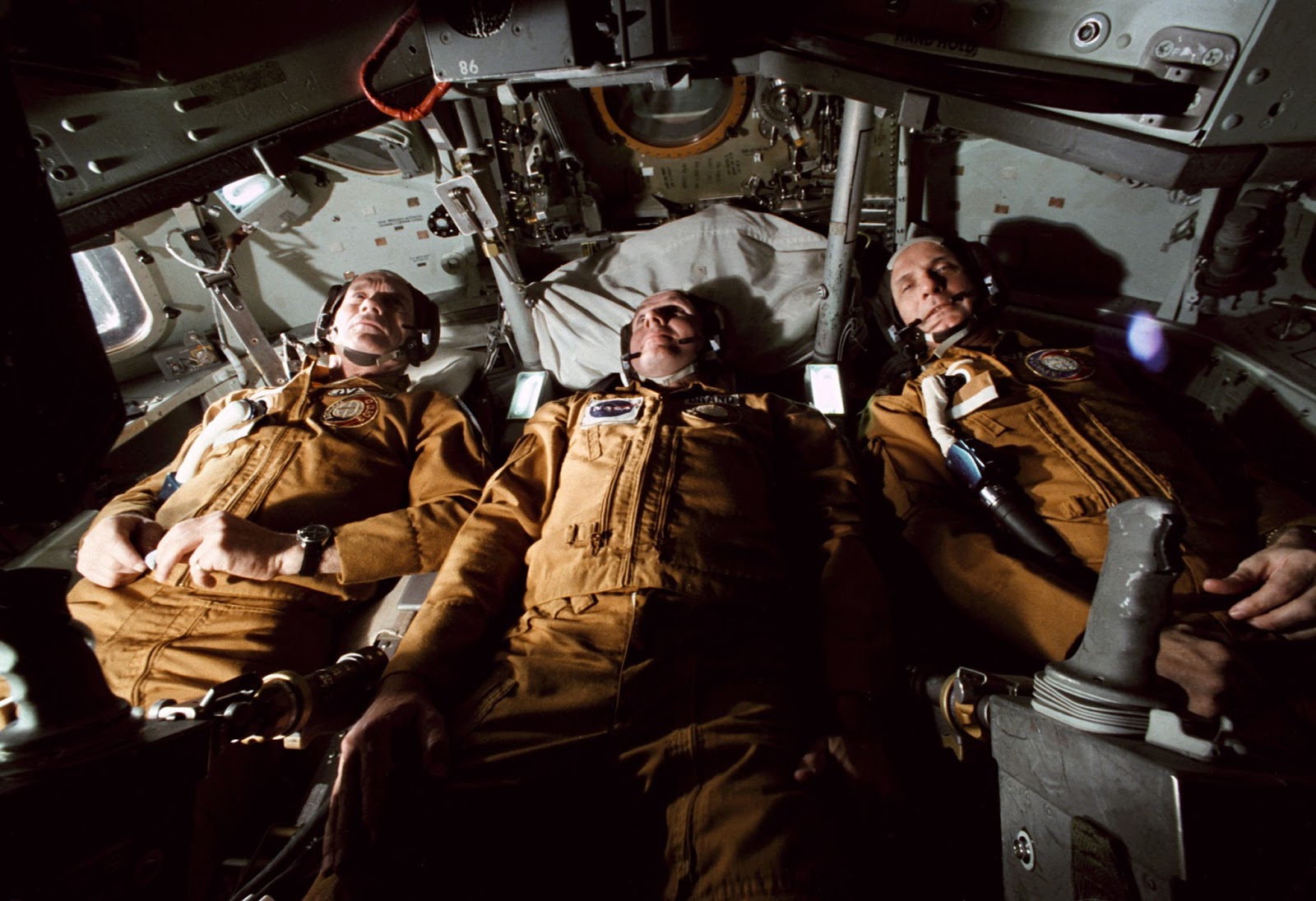 
There’s no toilet: bags were used for solids, while liquids were dumped overboard through a tube.

The CM had small maneuvering thrusters, a heat shield to protect it from the heat of reentry, and three parachutes, as it was the only part of the giant rocket that returned to Earth.

Behind the astronauts there was the cylindrical Service Module (SM), which held the fuel for the main rocket engine of the Apollo spacecraft and for the sixteen maneuvering rockets (arranged in four cross-like clusters of four) and most of the oxygen, water, electric power and communication systems required for the mission.

A conical aerodynamic fairing connected the command and service modules to the third stage of the Saturn rocket (S-IVB) and enclosed the Lunar Module (LM), the spider-like spacecraft that would be used by two of the three astronauts to land on the Moon while the third waited for them in the Command Module.

Since the Lunar Module was to be used only in the vacuum of space, it didn’t need to be streamlined and instead had to be as light as possible in order to reduce the fuel requirements and maximize its payload. Accordingly, it was stripped down to the absolute minimum: even the seats were sacrificed, so the astronauts flew the LM while standing. 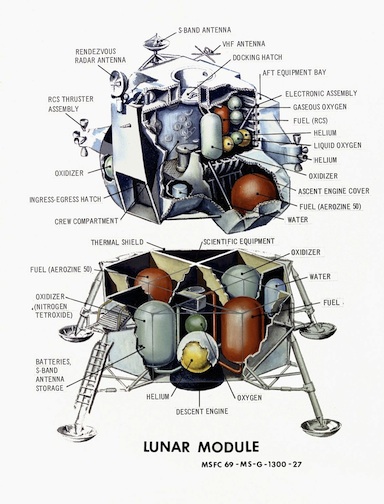 
The descent stage was the lower octagonal part, which had a single engine to brake the descent to the Moon, four shock-absorbing landing legs and storage compartments for scientific equipment, water, fuel and (from Apollo 15 onwards) an electric Moon buggy (the Lunar Roving Vehicle).

The top part of the Lunar Module, known as ascent stage, contained the cramped crew cabin, some oxygen, food and water supplies, the onboard computers, the radio and television equipment and the single rocket engine used to climb back to orbit from the Moon. The ascent stage was equipped with sixteen attitude control thrusters (in four clusters of four, as in the Service Module) with their propellant tanks.

The astronauts viewed the lunar surface during landing through two small sloping triangular windows at the front of the ascent stage. After touchdown, they exited the vehicle by crawling backwards in their bulky spacesuits through a narrow square hatch and then climbed down along a ladder attached to one of the legs of the descent stage, as shown by the LM on display at the National Air and Space Museum in Washington, D.C. They then began their exploration of the Moon. 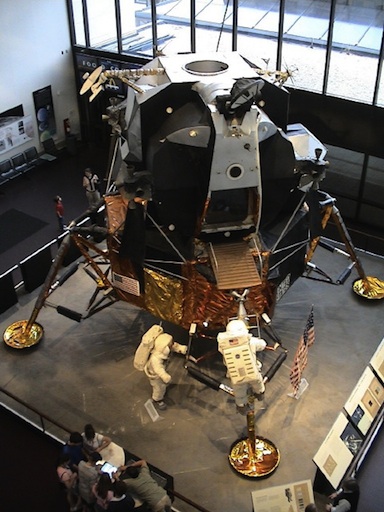