IN A NUTSHELL: No. The story was made up by French artist Thierry Speth.


THE DETAILS: A popular UFO-related claim* is that there was a secret military mission to the Moon, named Apollo 20, that was performed by a joint Russian-American crew to recover an alien spacecraft found on the Moon.


* Did the USA/USSR Fly a Secret Joint Mission to the Moon in 1976 To Investigate a Crashed Extraterrestrial Mothership? Michael E. Salla, Bibliotecapleyades.net, 2007.


A man named William Rutledge claims that he was one of the members of this crew together with US astronaut Leona Snyder and Russian cosmonaut Alexei Leonov. According to his tale, a Saturn V rocket departed in secret in 1976 from the Vandenberg military base in California and reached the far side of the Moon, where the photographic reconnaissance performed by Apollo 15 had discovered a giant extraterrestrial spaceship.

Evidence of this alien vehicle was said to be visible even in public photo atlases of the Moon, for example in the detail of NASA photo AS15-P-9625 shown in Figure 11.3-1. The alleged spaceship is the elongated sunlit shape at the center of the picture, surrounded by deep shadow. 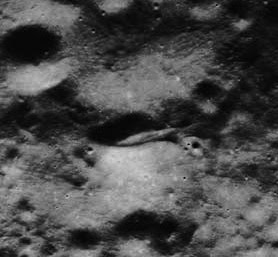 
This claim is highly implausible: if the presence of an extraterrestrial vehicle on the Moon was so top secret that it prompted a covert joint Russian-American mission, then why was its picture released to the public?* Since images of the far side of the Moon were available at the time only if NASA or the Soviet Union chose to publish them, it would have been trivially easy to censor them and keep the secret.


* The image is available online for example in the Apollo Image Atlas, Lpi.usra.edu.


Rutledge’s tale, however, continues with many technical details that appear quite plausible to the layperson and includes rather shocking videos, which even show a humanoid alien corpse (Figure 11.3-2) and close-ups of the extraterrestrial vehicle. 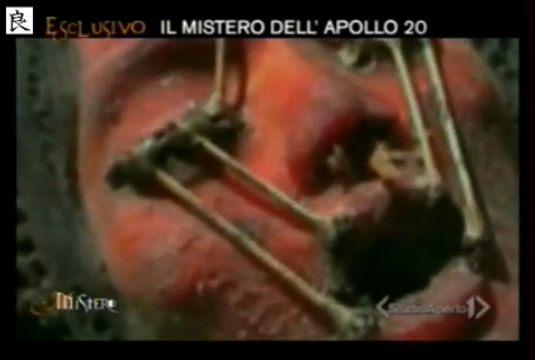 
Many UFO researchers, however, have investigated Rutledge’s story and shown that it is just a well-orchestrated hoax created by French artist Thierry Speth.*


For example, the alleged video footage of the alien spaceship includes a very terrestrial-looking spring, and in one of the videos of the interior of the Lunar Module the background can be seen through an astronaut, revealing the fact that the astronaut was superimposed using visual effects (Figure 11.3-3). 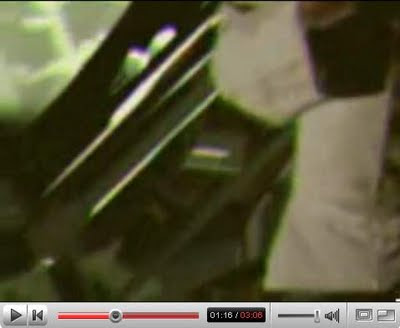 Figure 11.3-3. In the bottom right corner, the lower part of body of the astronaut is missing due poorly executed video effects.


Moreover, the alleged alien corpse turns out to be one of Speth’s sculptures and the images of the alleged “city” shown in one of the Apollo 20 videos are copied from pages and 25 of Bruce Pennington’s book Eschatus: Future Prophecies from Nostradamus’ Ancient Writings.

In addition to these clear indications of fakery, it is technically absurd to think that a giant Saturn V rocket could depart from California without anyone noticing its thunderous liftoff and bright climb through the sky and without being spotted by the world’s professional and amateur astronomers as it flew to the Moon, as occurred for the real Apollo missions.

A launch from Vandenberg, on the west coast of the United States, instead of Cape Canaveral on the east coast, would have entailed huge trajectory problems.

If launched eastward, as in real flights, the massive S-IC first stage would have fallen back onto US mainland, possibly causing injury and damage and being easily spotted, instead of plummeting into the Atlantic Ocean as usual.

If launched westward, over the Pacific, the rocket would be subjected to a huge speed penalty. Orbital rockets usually lift off along a west-to-east trajectory in order to take advantage of the substantial speed boost provided by the Earth’s rotation (1470 kilometers per hour, or about 910 miles per hour, at the latitude of the Kennedy Space Center). An east-to-west Vandenberg launch would not only entail the loss of the natural boost of the Earth’s rotation, but would cause an equivalent speed penalty, as the rocket would have to accelerate against the Earth’s motion.

A polar orbit (to the north or to the south) would still have to do without the rotational boost and this would again reduce considerably the Saturn V’s payload capacity.

As regards the alleged alien spaceship, the high-resolution original photographs (Figure 11.3-4) show that it’s just an elongated depression of the lunar surface. The appearance of a smooth, artificial-looking shape is an artifact of the low-quality copies often used by UFO enthusiasts and hoax perpetrators. The illusion vanishes as soon as a high-quality photo is examined. 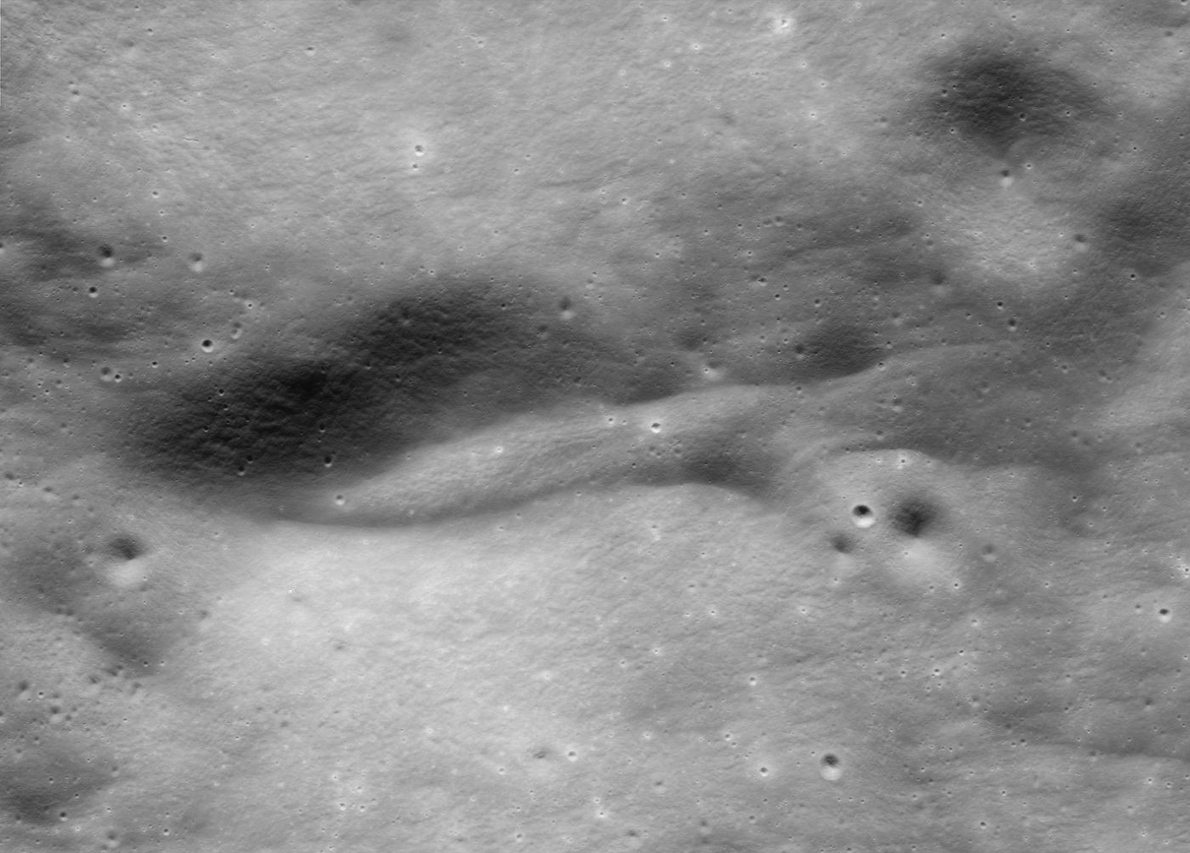 NEXT: 11.4 Did the astronauts find alien structures on the Moon?