10.1 Were the Soviets bribed to keep quiet?

IN A NUTSHELL: No. If so, why would they secretly build the giant N1 Moon rockets? And the silence-for-grain theory doesn’t hold up.


THE DETAILS: When a Moon hoax believer is asked to explain why the Soviets didn’t denounce the alleged US fakery, one frequent reply is that the Soviet government was silenced by a bribe it couldn’t refuse. Ralph Rene, in Nasa Mooned America!, claims that this bribe was a huge amount of grain sold below cost by the United States to Russia in 1972.

However, a little fact-checking of history files shows that there was no secret deal between the two rival countries: on the contrary, the Soviet Union contrived a clever plan to covertly purchase on the free market, through shell companies and in the course of a few weeks, 30% of the US grain crop and even managed to take advantage of the US government’s farming export incentives. The press aptly called this scam The Great Russian Grain Robbery, as a reference to the then-famous British great train robbery of 1963.

Contrary to Rene’s claims, the grain wasn’t sold below cost, but the huge purchase triggered a market rush which tripled the price within a year. The Russians even managed to pull a similar trick again in 1975.*

It should be noted that US grain sales to Russia were not unusual: smaller negotiated deals had been made even during President Kennedy’s term and West European countries had also been involved.

In other words, Rene is reversing cause and effect in order to make the events fit his preconceptions: the US didn’t sell the grain below cost, but rather the Russian purchase made grain prices rise later on.

There’s also a bigger picture to be considered: if a discounted sale of grain was really all it took to keep the Russians quiet and convince them to lose face in the space race, then why wasn’t this leverage used to obtain other, perhaps more useful results, such as keeping the Russians out of the Vietnam War or ending the nuclear arms race? Instead of solving a contradiction, Rene’s justification merely leads to an even bigger absurdity.

This bribery scenario also entails a further increase in the number of participants to the conspiracy and in the consequent risk of someone, sooner or later, spilling the beans: the Russians, too, would have to be in on the fakery and would have to keep the secret flawlessly for decades.

Moreover, if the Russians were paid off to let the US win the race to the Moon, why did they bother to design and build a rival Moon rocket, the giant N1 (Figure 10.1-1), and the lunar landing craft L3, which they would never use? 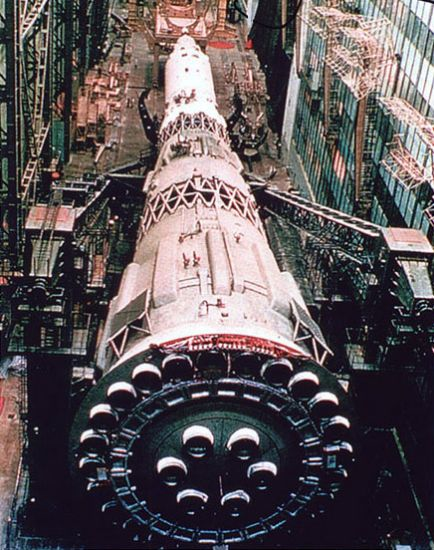 NEXT: 10.2 Were the Apollo Moon rocks faked?