4.8 Capricorn One and other “Moon hoax” movies

A major boost to the popularity of hoax theories came from the movie Capricorn One, directed by Peter Hyams in 1978, which presented an entertaining story of high-level rogues within NASA trying to save their face by faking a crewed Mars landing on a secret soundstage.

The allusion to Moon hoax theories was rendered even more explicit by using Apollo hardware for the faked Mars landing. From a technical standpoint, this is utterly implausible, since the Martian atmosphere would require an aerodynamically shaped landing craft, not an angular Lunar Module designed for the airless Moon.

A further hint was the movie’s tagline: “Would you be shocked to find out that the greatest moment of our recent history may not have happened at all?”. 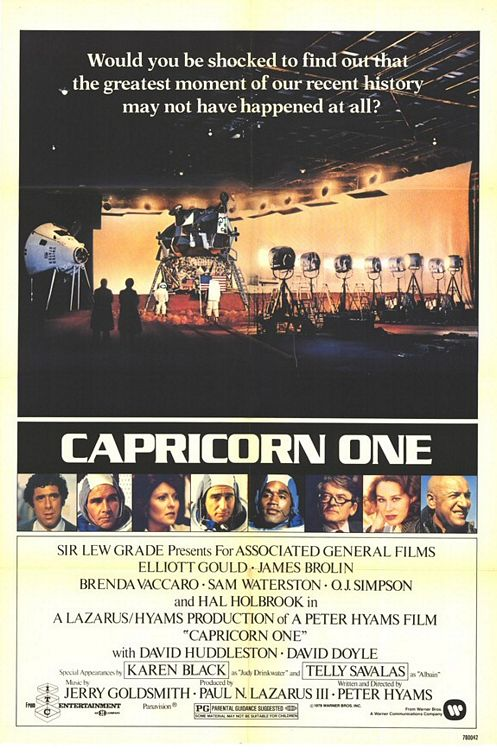 
Rather amusingly, conspiracy theorists hail Capricorn One as a prime example of how easily the Moon landings could have been staged despite the fact that the attempted fakery depicted in the movie actually fails: the fakers forget a crucial technical detail and their deception is spotted by a NASA engineer and disclosed spectacularly by a journalist. Moreover, the movie’s technical explanation of the effects used to fake the landing is riddled with implausibilities and absurdities.

In later years, several movies have mentioned Moon hoax theories, often with a very tongue-in-cheek tone. Here is a sampling: 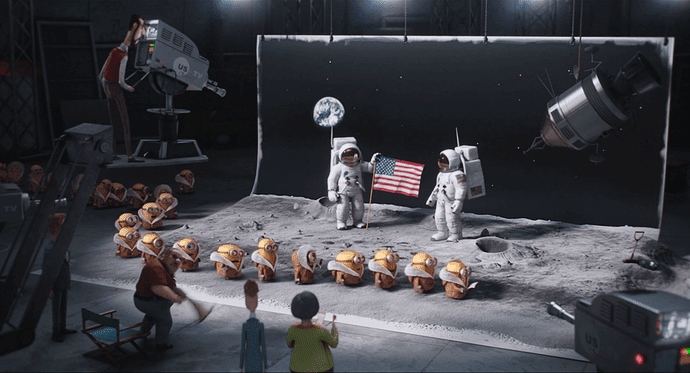