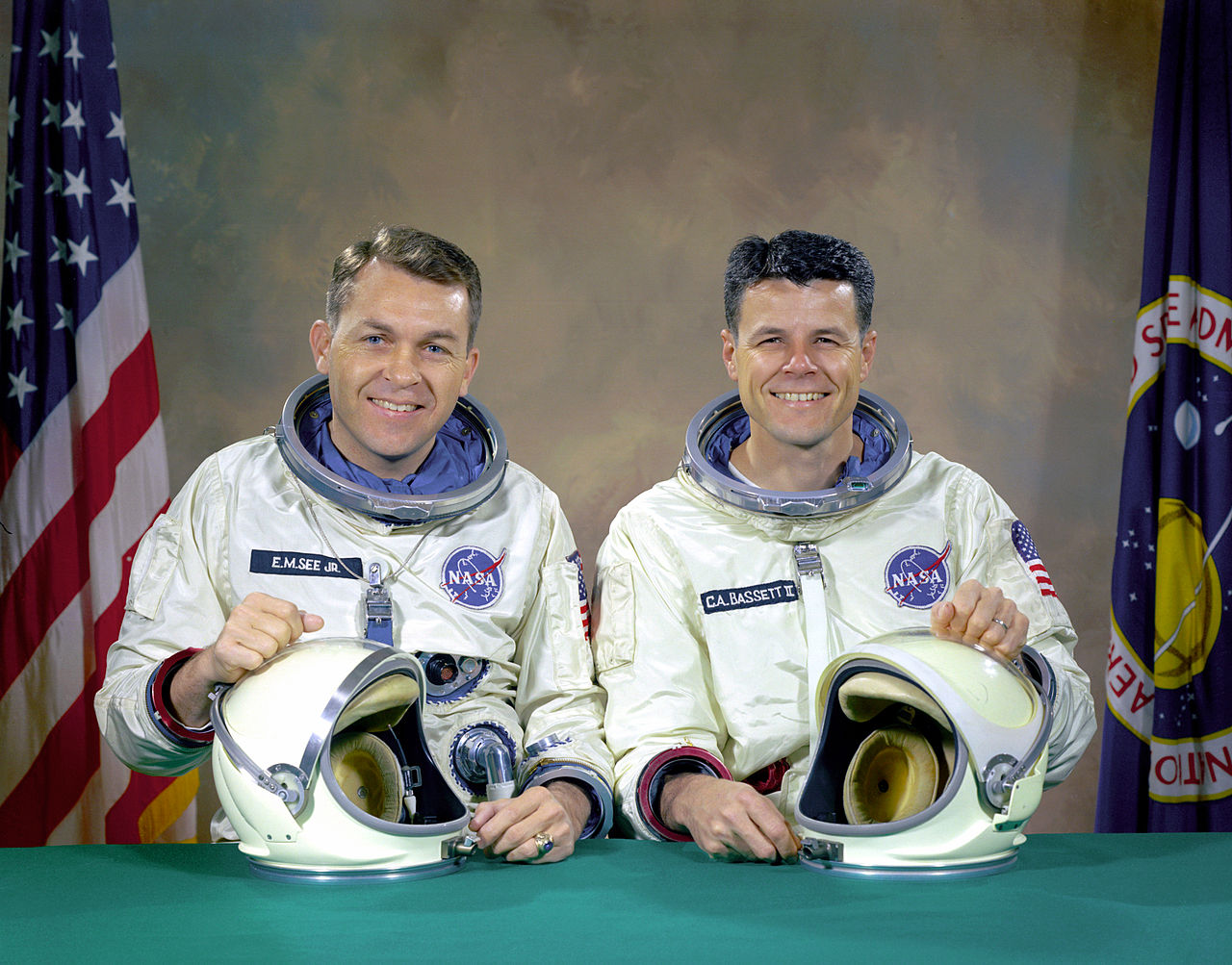 Charles Bassett II was a USAF captain, test pilot and member of the third group of astronauts chosen by NASA in October 1963; Elliot See was a US Navy engineer and test pilot and member of the second group of astronauts, selected in September 1962, in addition to being in charge of supervising the design and development of guidance and navigation systems for US spacecraft.

Bassett and See were assigned to the Gemini 8 mission, but on February 28, 1966 they died in the crash of their T-38 training jet as they attempted an instrument landing in low visibility conditions. Bassett was 34 years old; See was 38.