9.4 How come the lunar astronauts won’t face the doubters?

IN A NUTSHELL: On the contrary, many astronauts have answered the doubters directly, have taken part in TV debates and have granted interviews to hoax believers, even swearing on the Bible in front of the conspiracy theorists’ cameras.


THE DETAILS: A recurring complaint among Moon hoax proponents is that the Apollo astronauts refuse to debate them and don’t answer their questions. This, they say, suggests guilt.

Actually, the astronauts who went to the Moon have engaged the hoax theorists on several occasions. For example, in 2001 John Young (who flew around the Moon with Apollo 10 and landed on it with Apollo 16) went on NBC’s Today Show to respond to the conspiracy allegations made by Bill Kaysing. He also asked one very pointed question: “If it was a hoax, why did we do it more than once?”. A full transcript of the program is available at Globalsecurity.org.

Some moonwalkers have actually agreed to be interviewed at length by hoax proponents. Gene Cernan (Apollo 10, Apollo 17), Alan Bean (Apollo 12) and Edgar Mitchell (Apollo 14) even accepted the challenge to swear on the Bible, on video, to comply with Bart Sibrel’s insistent demands (Figure 9.4-1). 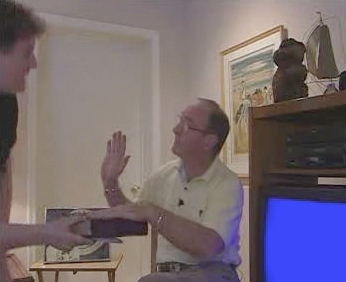 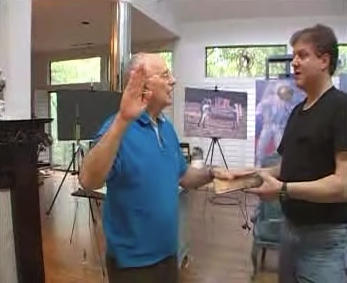 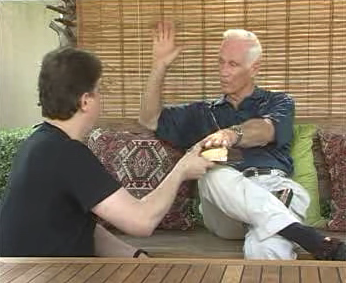 Figure 9.4-1. Top to bottom: lunar astronauts Edgar Mitchell, Gene Cernan and Alan Bean swear on the Bible that they walked on the Moon, as requested by hoax theorist Bart Sibrel. Stills from Sibrel’s Astronauts Gone Wild (2004).


Others have preferred to reply to these demands with a punch, as in the case of Buzz Aldrin after Sibrel accused him of being “a coward and a liar”, or with a knee to the butt, as delivered by Edgar Mitchell again to Sibrel at the end of the interview in which he had sworn on the Bible. Both episodes are documented in Sibrel’s video Astronauts Gone Wild (2004).

Usually, however, lunar astronauts dismiss the hoax allegations with a few poignant words, such as those chosen by Gene Cernan for the David Sington documentary In the Shadow of the Moon (2007):

I was there, I made the footprints on the moon, and no one can take that away from me.