9.3 How come NASA refuses to deal with the hoax allegations?

IN A NUTSHELL: It doesn’t refuse. NASA has published various rebuttals to the allegations since at least 1977. But the agency has stated that it has no plans to produce any more because it doesn’t want to dignify a set of claims that the science community has long dismissed as ridiculous. NASA prefers to work on more positive enterprises and leave to others the task of answering the individual allegations of fakery.


THE DETAILS: Some doubters find it suspicious that NASA won’t simply answer the hoax theorists’ questions once and for all and debate them. It’s as if it had something to hide, they argue.

In actual fact, NASA has already published quite detailed rebuttals. After the Fox TV program Did We Land on the Moon? was broadcast in 2001, the space agency added several pages of debunking material, based on what it had already released in 1977: 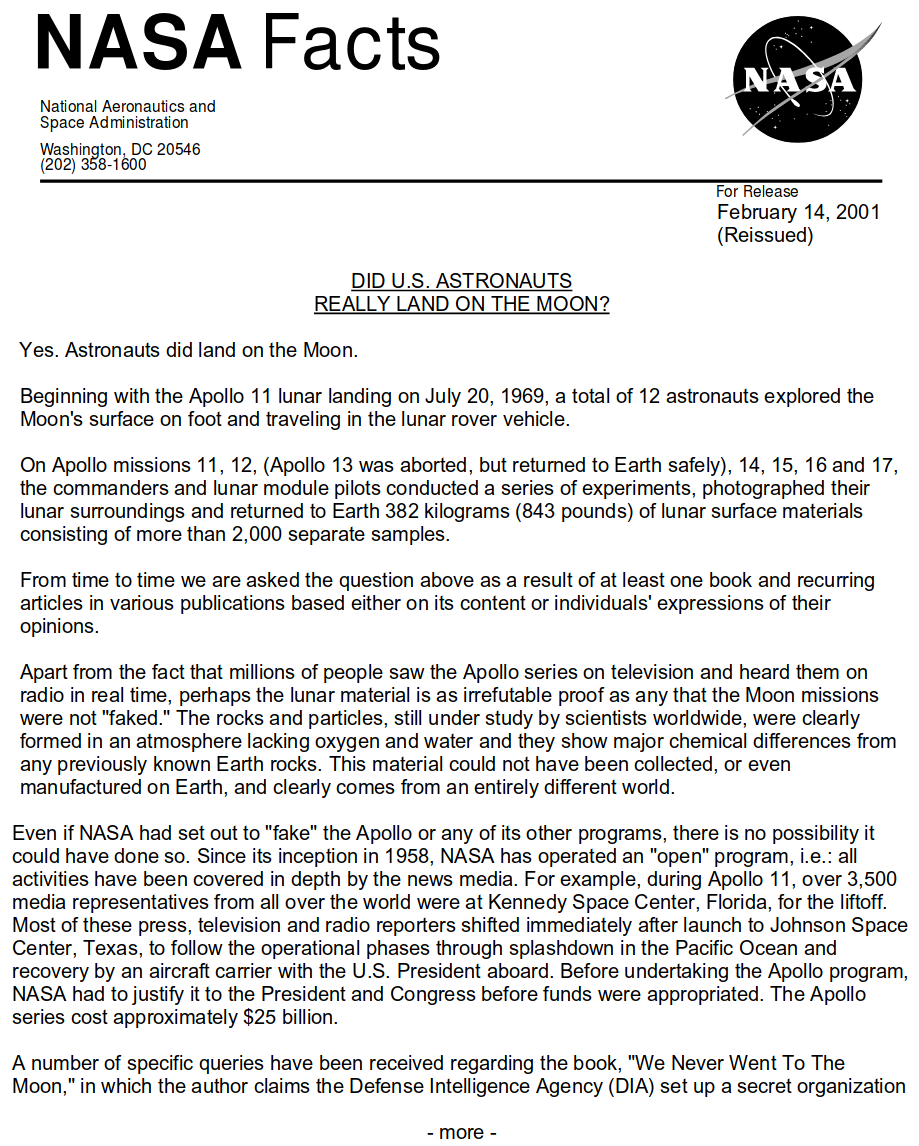 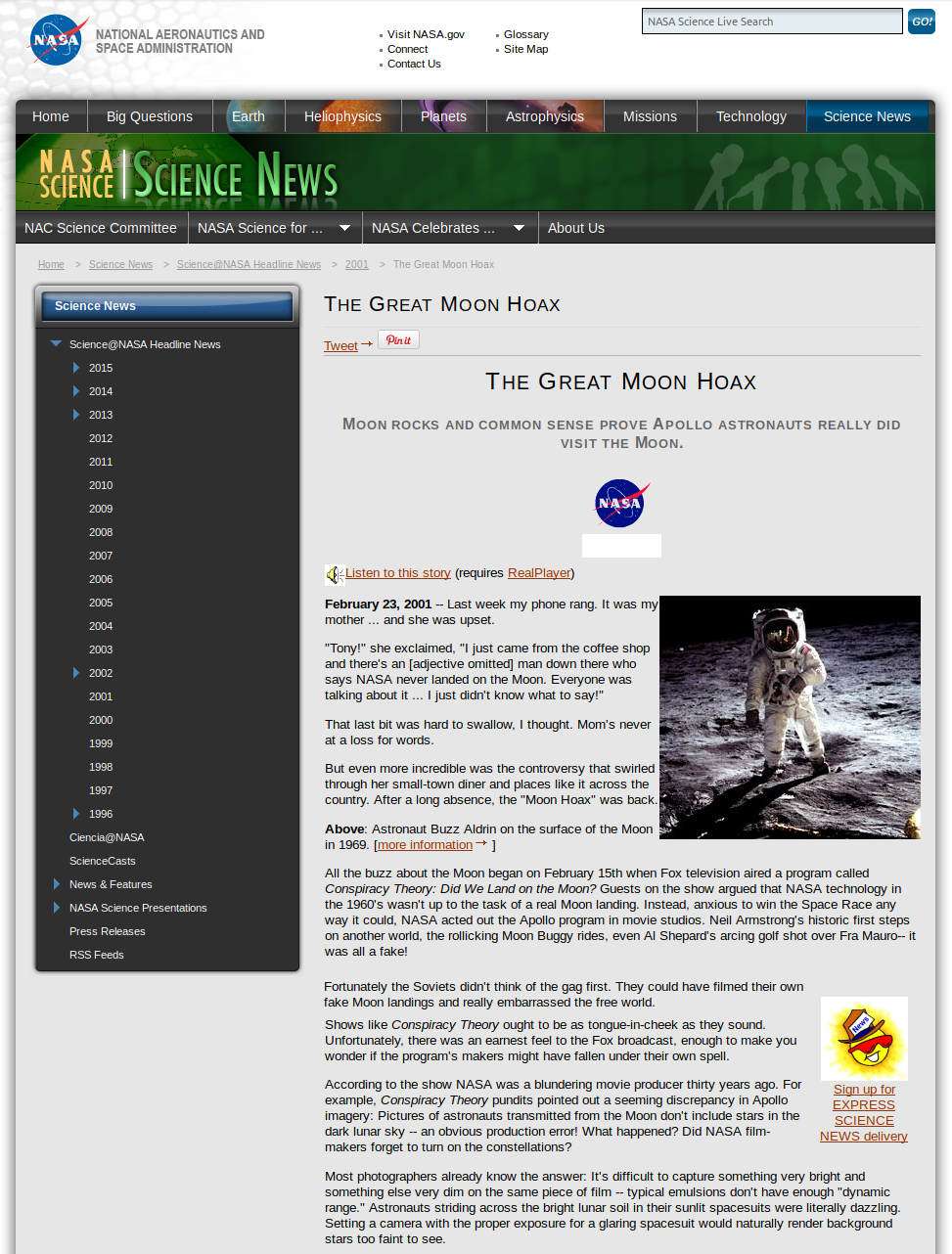 However, there’s a limit to how much effort NASA intends to spend in responding to conspiracy theorists. In 2002, in response to the Fox TV program, which had rekindled the “moon hoax” debate, NASA allocated 15,000 dollars and asked aerospace engineer and spaceflight historian James Oberg to write a book specifically on the matter, aimed mainly at teachers and students.

The project was canceled shortly after, following media criticism that it was a waste of taxpayers’ money and gave dignity to ridiculous claims. NASA Administrator Sean O’Keefe stated in November 2002 that “The issue of trying to do a targeted response to this is just lending credibility to something that is, on its face, asinine.” Oberg announced that he intended to continue the project with funding from a different source, but so far no formal debunking publication of his has emerged.

Since then, the widespread availability of the Internet has allowed many enthusiasts and experts to reply to the hoax theories directly on their own websites, and NASA has redirected doubters to these debunkers. The References section of this book lists some of the most popular debunking sites in various languages.

Accordingly, any further direct response by NASA has become essentially unnecessary. The ultimate rebuttal is NASA’s overwhelmingly vast library of publicly available documents that provide all the details of the reality of the Moon landings.

NEXT: 9.4 How come the lunar astronauts won’t face the doubters?