8.13 Why are Apollo 11‘s footpads clean while later missions have dusty ones?

IN A NUTSHELL: Different terrains and different landing styles. Some missions  landed in flat regions of the Moon and others landed in hilly areas, with different dust covers. Some pilots landed less gently than Apollo 11; some dragged their footpads on the ground, scooping up dust. The astronauts also occasionally kicked dust into the footpads as they walked close to the LM landing gear.


THE DETAILS: While Apollo 11’s Lunar Module landing gear is immaculately dust-free, the footpads of other lunar modules are very dusty. Compare, for example, Figure 8-13.1 (Apollo 11) with Figure 8-13.2 (Apollo 16). 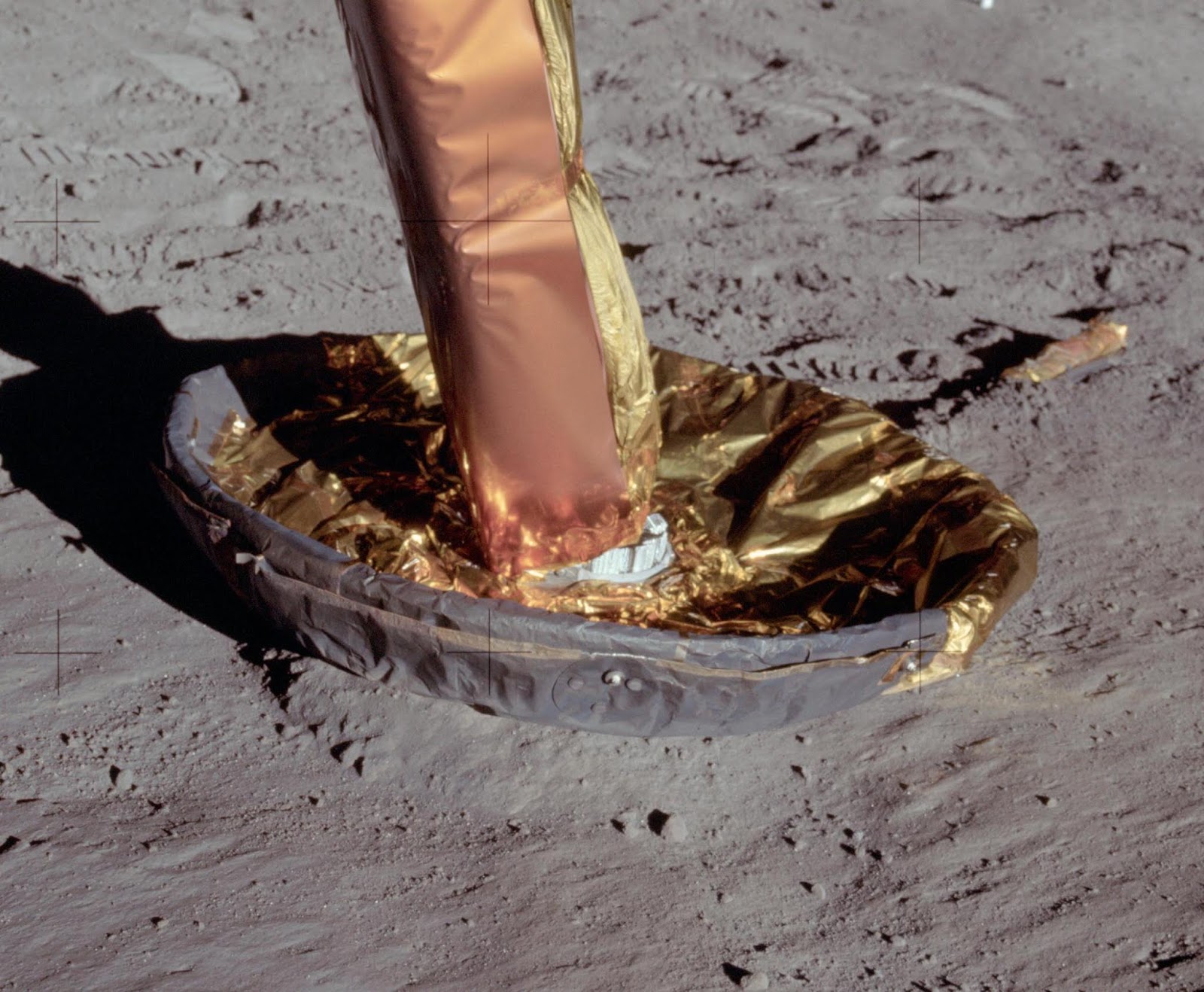 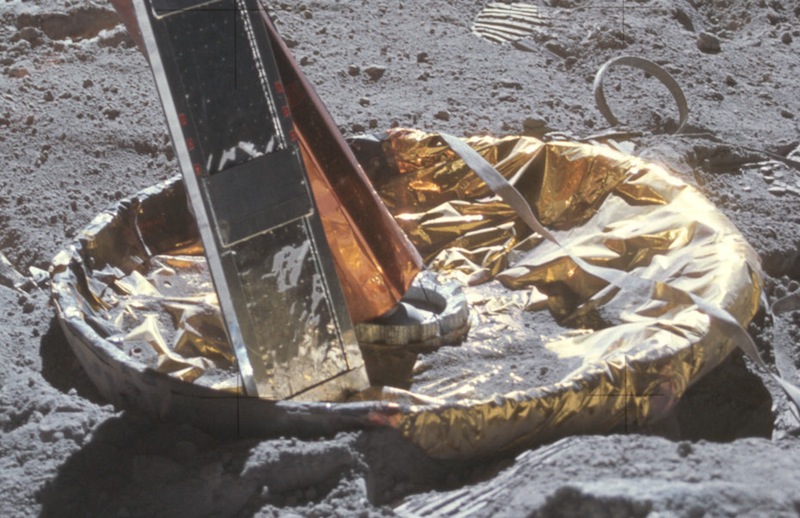 
So what, you might say. But according to some doubters, this is important. Such a conspicuous difference allegedly proves that Apollo 11 was faked badly (forgetting to sprinkle dust on the footpads) but later missions were staged more accurately, correcting this omission.

Once again, a conspiracy theory is based on the assumption of bungling perpetrators: for some bizarre reason, the most important fakery of the century was assigned to a bunch of sloppy amateurs who made all sorts of mistakes and left evidence in the photographs, and somehow their bosses didn’t notice the mistakes before releasing the pictures to the public.

Moreover, this kind of theory is also a typical example of how conspiracy theorists focus on absolutely trivial and insignificant detail and present it as some kind of devastating evidence of fakery, instead of considering the most obvious and simple answer: the dust is different because the various spacecraft landed in geologically different places.

They did so in order to acquire the broadest possible variety of samples: Apollo 11 and 12 landed on very flat terrain; Apollo 14 touched down in a broad, shallow valley; and Apollo 15, 16 and 17 landed in the highlands of the Moon.

It doesn’t take a degree in geology to realize that the Moon isn’t the same all over. It’s not some sort of giant, uniformly dusty billiard ball. Even with the naked eye it is possible to distinguish darker regions, which are the lunar plains, and brighter mountainous areas, with different colors and made of different rock. Some regions will have more surface dust than others.


It seems reasonable to assume that vastly different locations might have different dust coverings. Indeed, Pete Conrad (Apollo 12) and Dave Scott (Apollo 15) reported that they had to fly on instruments for the final 30 meters (100 feet) of their landing because the dust kicked up by their engine’s exhaust obscured their view of the surface, while other LM pilots didn’t have the same problem.

Moreover, some landings were quite rough. Apollo 11 landed very smoothly after hovering and blowing away most of the local dust, but Apollo 14, for example, dragged its landing gear sideways after touchdown. This caused the footpads to scoop up moondust, as shown for example in NASA photo AS14-66-9234 (Figure 8.13-6). 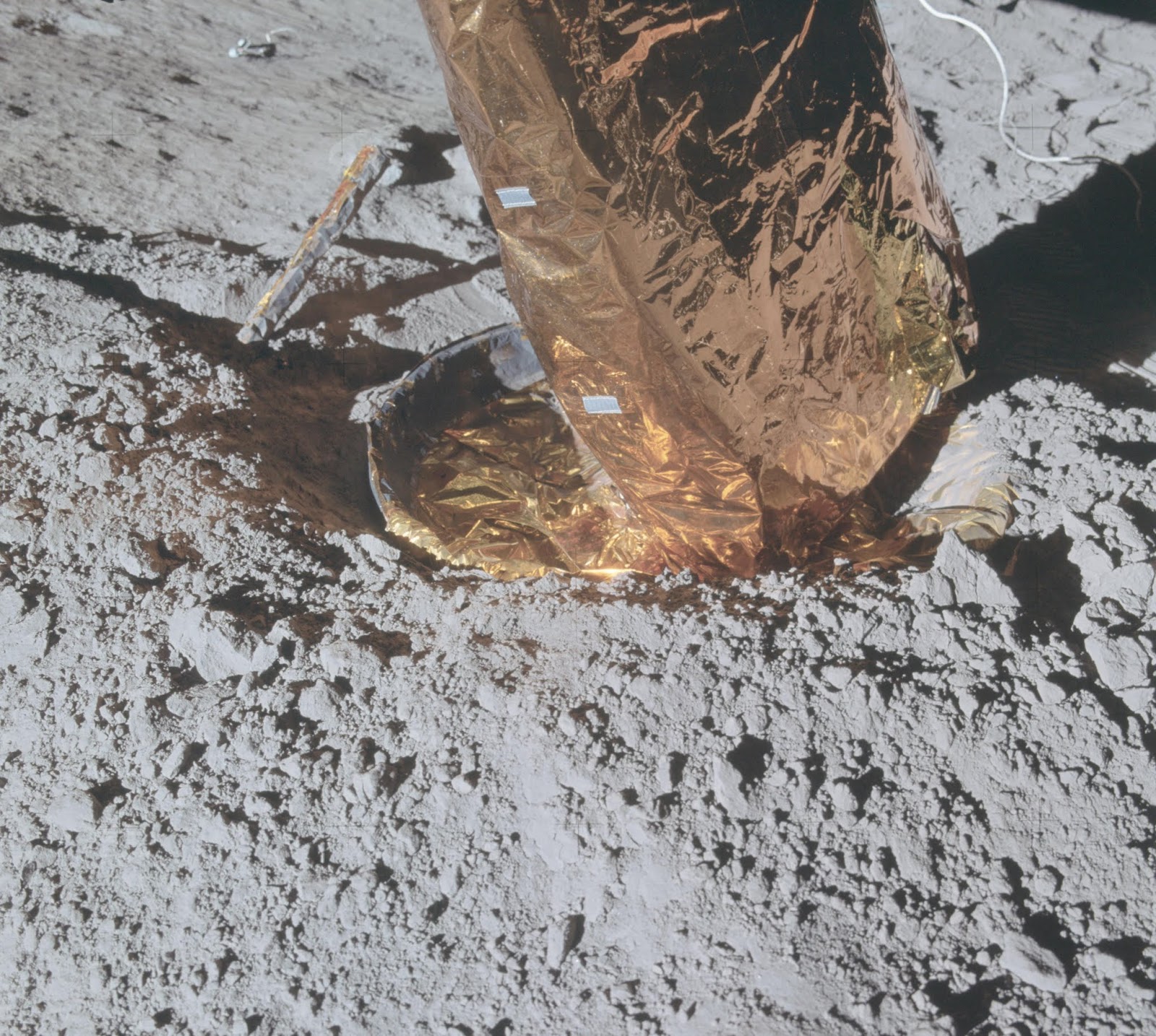 
Apollo 15 landed with one footpad in a 1.5-meter (5-ft) deep crater, damaged its engine exhaust bell and came to rest at a steep angle. Its footpads dug quite deeply into the ground and got very dusty.

Finally, dust could also accumulate on the footpads after landing, for example if the astronauts worked close to the LM’s landing gear (as in Figure 8.13-2). As they walked around, they kicked up dust which, in a vacuum and in low gravity, could travel quite far and end up on the footpads.