7.11 How could the tiny LM climb back from the Moon?

IN A NUTSHELL: It didn’t have to fight against air resistance, it only had to cope with one sixth of Earth’s gravity, and it only had to reach one quarter of the orbital speed required to orbit the Earth. The fuel demands of a lunar liftoff are far lower than terrestrial ones and the payload was minimal (two astronauts, some Moon rocks and a tiny, ultralight spacecraft). Also, the LM only had to achieve lunar orbit, not lunar escape velocity, since the thrust for the trip back to Earth was provided by the Service Module’s main engine.


THE DETAILS: The truly minuscule size and fragile appearance of the LM’s ascent stage used to return from the Moon (Figure 7.11-1) are a striking contrast to the colossal size of the Saturn V required to leave Earth. Some people doubt that such a tiny spacecraft could be adequate and wonder, for example, where all the fuel needed to climb and accelerate to escape velocity from the Moon (8,568 km/h or 5,323 mph) could be stored. 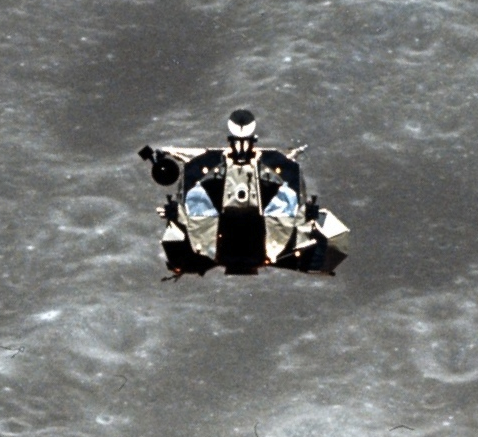 
Actually, the comparison is quite misleading, because it would be harder to find two more dissimilar liftoffs. The Saturn V had to lift its own huge initial mass of approximately 2,900 tons against Earth’s gravity and against air resistance (aerodynamic drag) up to a speed of 28,000 kilometers per hour (about 17,400 miles per hour) and inject a 130-ton payload into Earth orbit, at an altitude of 190 kilometers (118 miles).

The LM’s ascent stage instead had to lift an initial mass of 4.5 tons (of which 2.3 were fuel, leading to a very large loss of mass during the climb as the fuel was used) and accelerate it to approximately 6,600 kilometers per hour (4,100 miles per hour), raising a payload of 2.2 tons to a maximum altitude of 83 kilometers (approximately 51 miles). Moreover, on the airless Moon there was no atmospheric drag and the gravity was one sixth of the Earth’s.

The idea of having to reach escape velocity is also wrong: as mentioned in Section 7.9, escape velocity is required only to fly away indefinitely from a celestial body without further fuel consumption. But the LM didn’t need to do that: it only had to reach a speed that allowed it to enter an elliptical orbit with a minimum altitude of 16.6 kilometers (10.3 miles) and a maximum altitude of 83 kilometers (about 51 miles).

The extra thrust required to leave lunar orbit and fly back to Earth was provided by the rocket engine of the Service Module, which stayed in lunar orbit indeed to avoid landing and bringing back up additional mass. NASA’s choice of a lunar rendezvous was made for this very reason: to achieve great mass and fuel savings.

All these factors drastically reduce the power requirements of a lunar liftoff, so approximately 2,350 kilograms (5,181 pounds) of fuel, constituted by 910 kilograms (2,006 pounds) of Aerozine 50 and 1,440 kilograms (3,175 pounds) of dinitrogen tetroxide, were sufficient to lift the stripped-down ascent stage into a low lunar orbit.

That may sound like a lot of fuel to store in such a small spacecraft, but these substances have a density of 0.903 g/cm3 and 1.443 g/cm3 (56.372 and 90.083 lb/ft3) respectively, and therefore the quantities reported by NASA have a volume of approximately 1 cubic meter (35.3 cubic feet) each, which fits quite adequately in the two spherical tanks located in the bulges at the opposite sides of the cylindrical crew compartment of the ascent stage. Figure 7.11-2 shows the Aerozine 50 tank. 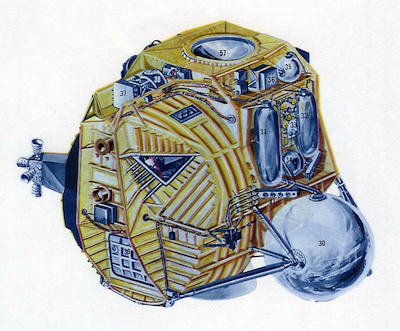 Figure 7.11-2. A cutout drawing of the LM ascent stage published by Grumman.

NEXT: 7.12 How could the Lunar Module be so stable?