5.23 How could the astronauts take so many photos in such a short time?

IN A NUTSHELL: By taking many of them in rapid bursts of 8-12 shots to form panoramic sequences; for example, almost half of the pictures of the Apollo 11 moonwalk were taken in this way, as the astronaut turned around on the spot. The same applies to the other missions.


THE DETAILS: Conspiracy theorist Jack White claims that the astronauts didn’t have enough time to take all the photographs that NASA says were taken on the Moon and also get some work done. Therefore, he argues on his website Aulis.com, some of the pictures must be fake.

The Apollo 11 figures given by White are almost correct: the film magazine used during mankind’s first moonwalk contains 123 photographs (not 121) taken outside the lunar module (catalog numbers AS11-40-5850 to 5970, plus AS11-40-5882A and 5966A), and Armstrong and Aldrin’s excursion lasted two hours and 31 minutes according to the Apollo Definitive Sourcebook.

Taking 123 photographs in 151 minutes, however, doesn’t yield an average of one picture every fifteen seconds. The actual average is less than one picture per minute. How does White get to 15 seconds? He introduces “arbitrarily” (as he puts it) a value of two hours to take into account the other activities of the astronauts:

Let’s arbitrarily calculate a MINIMUM time for these tasks and subtract from available photo time.


Why two hours and not two and a quarter, or one and a half? White doesn’t explain the reason for his choice. It’s obviously quite easy to get impossible results if you alter the data by introducing arbitrary values.

White also fails to specify that the astronauts took many sets of photographs from the same place, without wasting time getting into position and aiming again for each picture, so that the photos could be later assembled into panoramic views. In creating a panoramic sequence it’s quite easy to take a dozen photographs in a few seconds (try this yourself). This alters considerably the average time required. Here are a few examples.


Figure 3.15 of NASA’s Apollo 11 Preliminary Science Report features a map which shows the location and direction of every photograph taken during the Apollo 11 excursion (Figure 5.23-4). The number of photographs taken in rapid sequence from the same location is quite considerable. 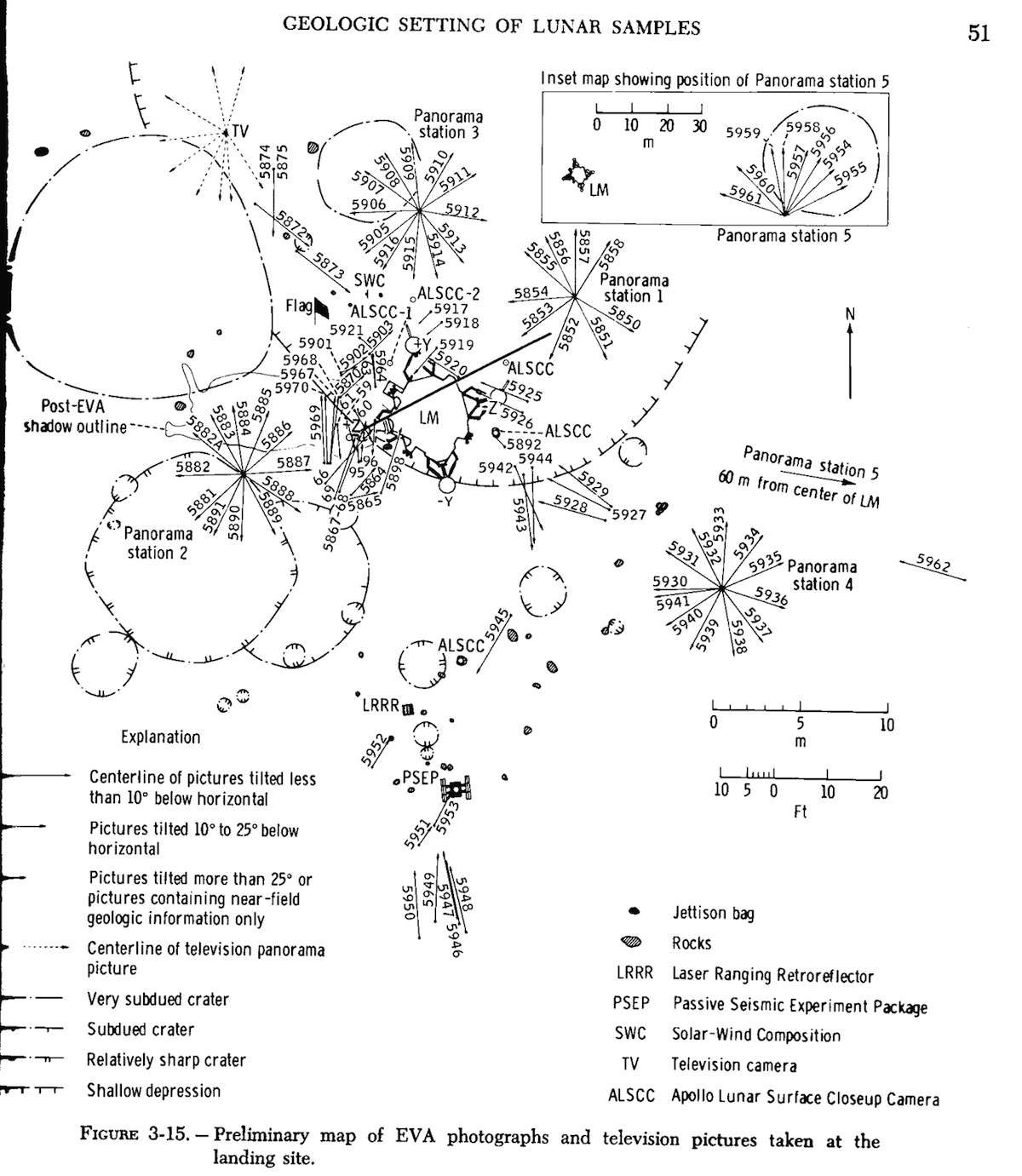 Figure 5.23-4. Map of the locations and directions of every photograph taken during the Apollo 11 moonwalk.

In summary, therefore, during the Apollo 11 moonwalk 52 photographs out of 123 belong to panoramic sequences that were taken in quick bursts, without moving and refocusing between shots.

The same applies to the other moonwalks, in which the astronauts took many panoramic sets (Figure 5.23-5 is an example from Apollo 16) and also took several stereo pairs, i.e., two photographs taken almost simultaneously from two slightly different viewpoints, which can be combined to produce 3D images.


Once all the facts are on the table, it’s no longer surprising that the astronauts took so many photographs. What is surprising, instead, is that Jack White, who claims to have researched the Apollo missions thoroughly before making his allegations of fraud, has failed to consider this simple explanation, which is extensively documented and is self-evident from the photographs themselves.

NEXT: 5.24 Why is this astronaut’s shadow missing?