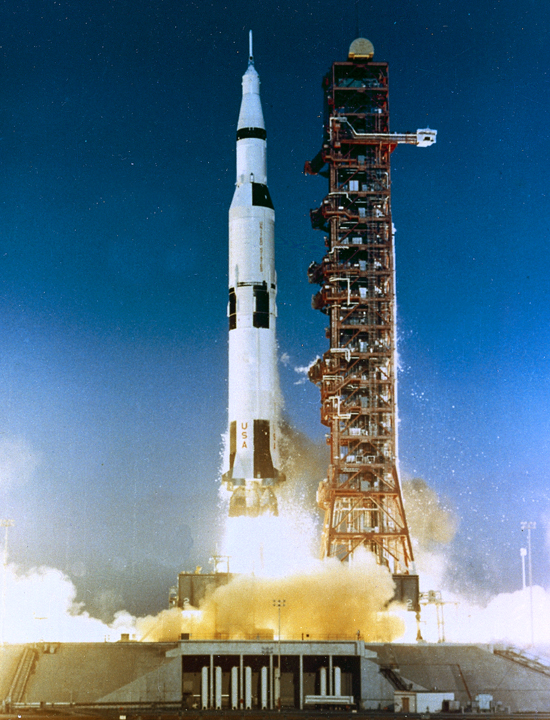 Notes: This second test flight of the Saturn V aided in human-rating the giant launcher and testing the new Command Module hatch.

Violent longitudinal oscillations (“pogo”), intolerable for a crew, occurred during liftoff. One of the fairing panels of the Lunar Module suffered a structural failure and pieces of its covering came off. In the second stage, one engine shut down prematurely due to excessive vibrations and another one was shut down due to incorrect wiring; the onboard systems were forced to compensate for the error, leading to an orbit that was significantly different from the planned one.

These and other malfunctions and errors prevented completion of the original flight plan, which would have taken the spacecraft to a distance equal to the Moon’s. The flight also used dedicated instruments to test radiation exposure inside the cabin. The often-used footage of the interstage ring separation is taken from this flight and from Apollo 4.