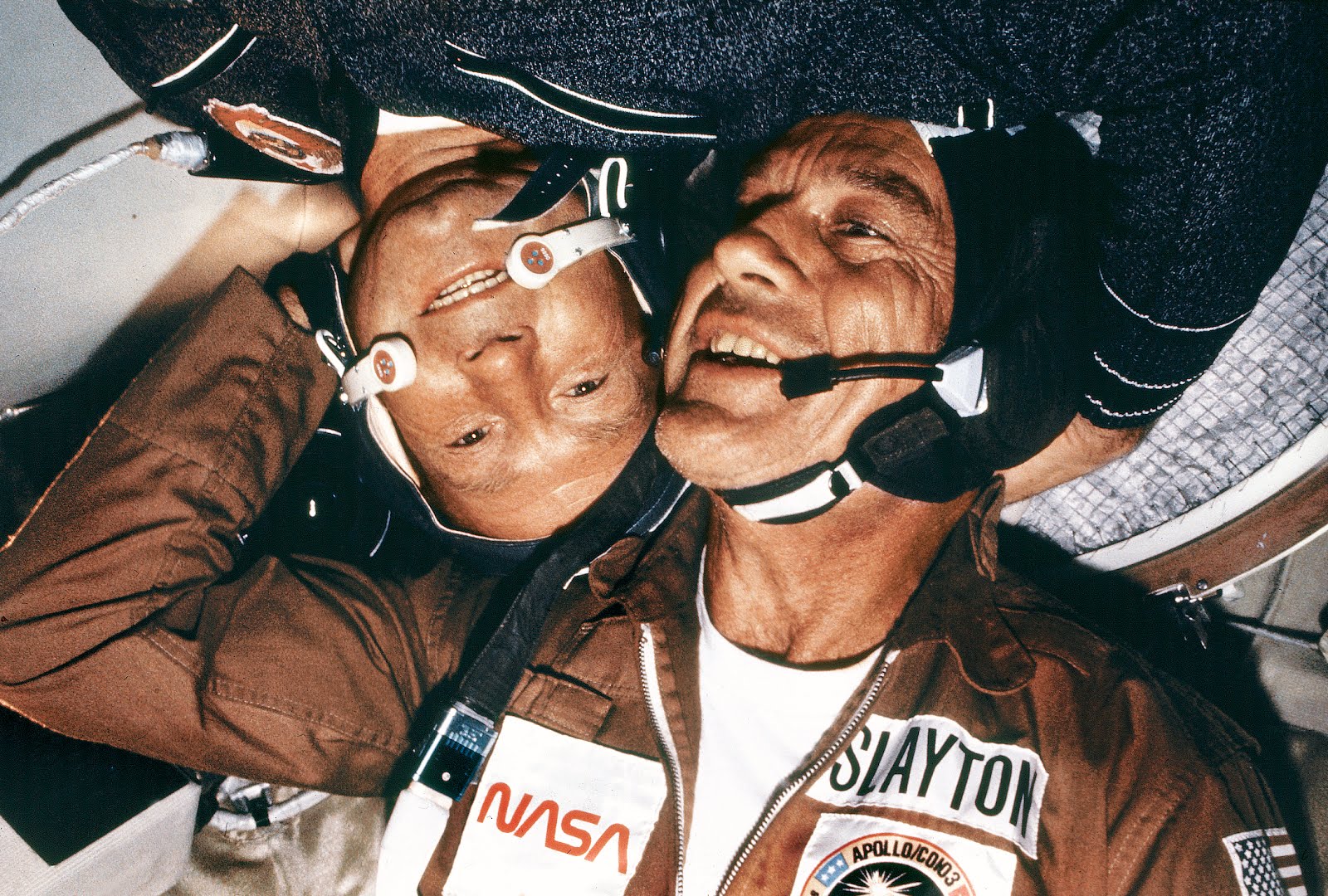 The Apollo-Soyuz Test Project was a joint flight (July 15-24, 1975) of an Apollo Command and Service Module, launched by a Saturn IB, and of a Soviet Soyuz spacecraft. The two vehicles performed a rendezvous and docking in Earth orbit, allowing their crews (astronauts Deke Slayton, Tom Stafford and Vance Brand; cosmonauts Alexei Leonov and Valeri Kubasov) to meet and demonstrate an unprecedented international collaboration in space.

This was the final flight of an Apollo spacecraft and the last spaceflight of an American astronaut for almost six years, until the first Space Shuttle mission, STS-1, lifted off 5 years and 264 days later, on April 12, 1981.