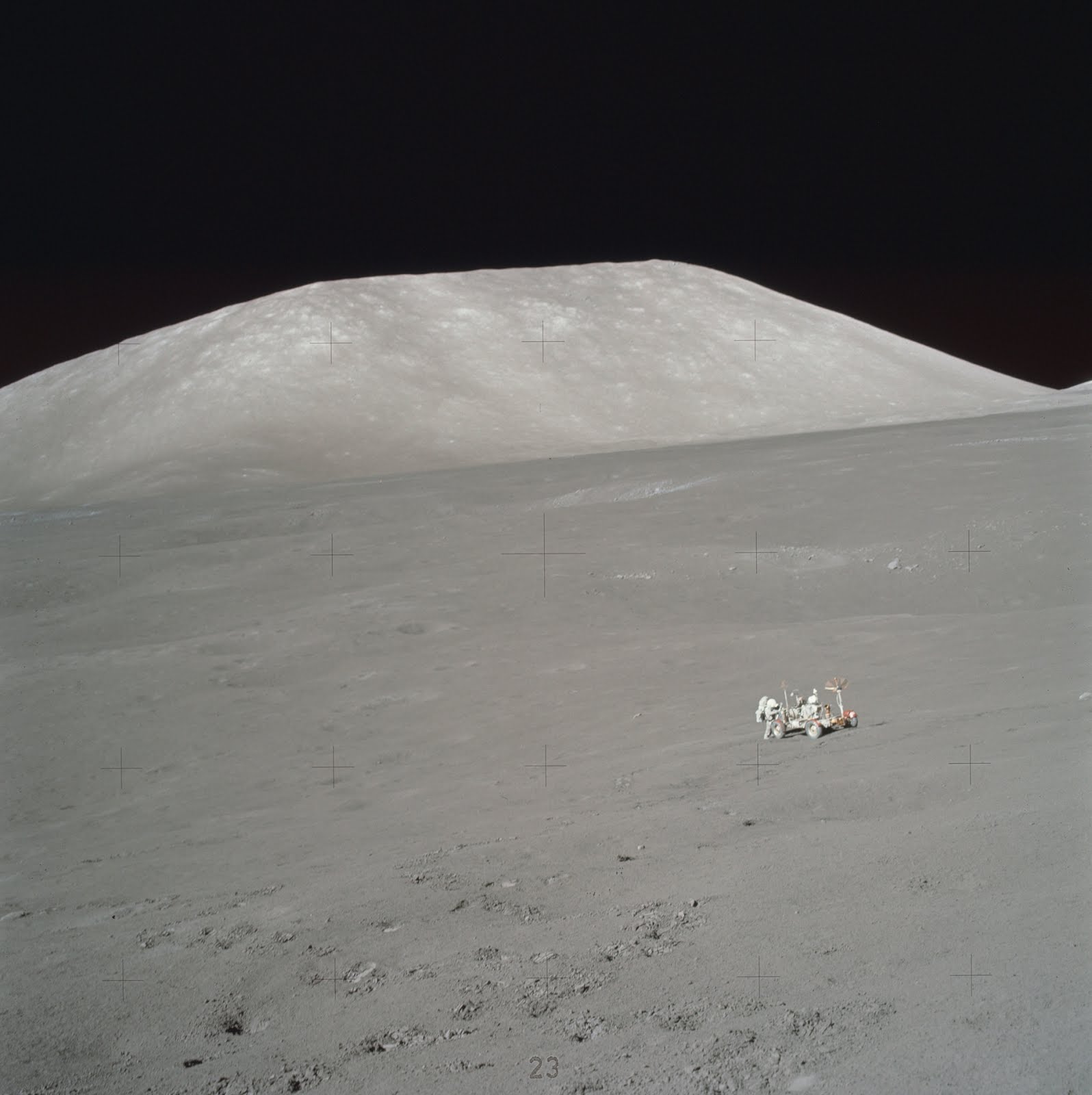 Number of photographs taken: 3,581, of which 2,237 on the Moon. Color TV transmissions were made (including the liftoff of the LM from the Moon) and color movie footage was also shot.

Notes: The last lunar mission of the Apollo project was the first night launch of a US crew, the longest stay on the Moon and in lunar orbit and as a whole the longest lunar mission. It used the heaviest Lunar Module (1,383 kg (3,050 lb) heavier than the one used for Apollo 11), returned the heaviest load of Moon rocks (five times more than Apollo 11), featured the first visit of a geologist (Schmitt) to another world, took the most photographs, covered the greatest distance in a single Rover excursion (20 kilometers (12.4 miles)), and ventured farthest from the LM (7.6 km (4.7 miles)).

Apollo 17 was also the only mission to investigate the nature of lunar soil by using gravimetric measurements and transmitting radio signals through the ground.

Gene Cernan was the last man to walk on the Moon: he left its surface to reenter the Lunar Module at 5:35 GMT on December 14, 1972. Since then, no one has visited the Moon.

This mission, like the previous one, also performed a 67-minute spacewalk during the return trip.