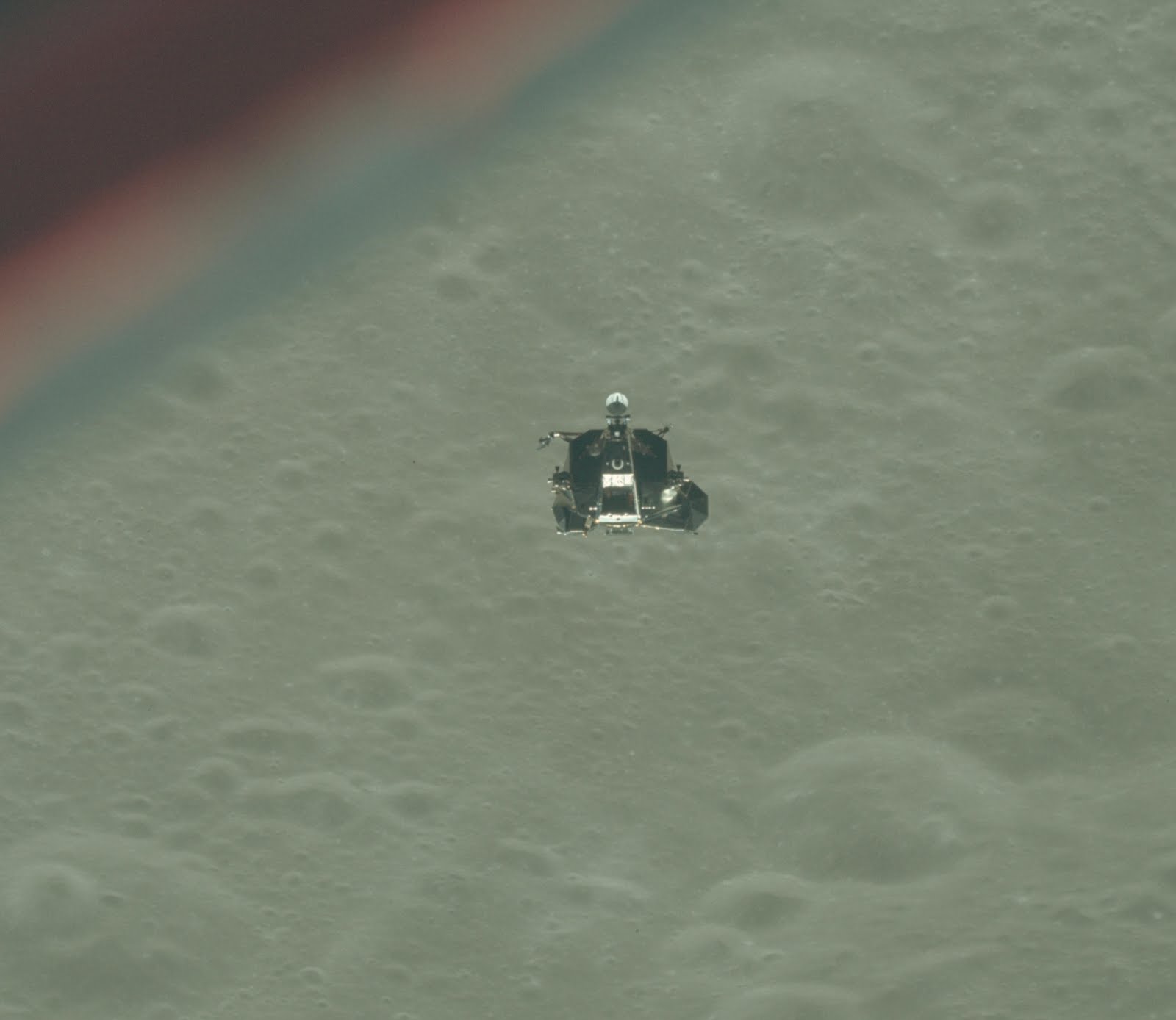 Number of photographs taken: 1,436. TV transmissions were broadcast and movie footage was shot.

Notes: This flight was a dress rehearsal of the actual Moon landing. It was the first lunar flight of the complete Apollo spacecraft and tested the LM, which undocked from the Command and Service Module for eight hours and descended to 14,450 meters (47,400 feet) from the surface of the Moon, with Stafford and Cernan on board, along a path that simulated the actual landing trajectory. The descent stage was then jettisoned and the astronauts used the ascent stage to climb back to the CM and dock, achieving the first rendezvous in lunar orbit. The first color TV transmissions from space were also broadcast.

Apollo 10 demonstrated Mission Control’s ability to handle two spacecraft simultaneously at lunar distances, checked all the lunar descent procedures (except for the actual landing) and tested the LM’s landing radar.

This flight holds the record for the highest speed ever attained by a crewed spacecraft: 39,937 km/h (24,815 mph), during the return from the Moon.