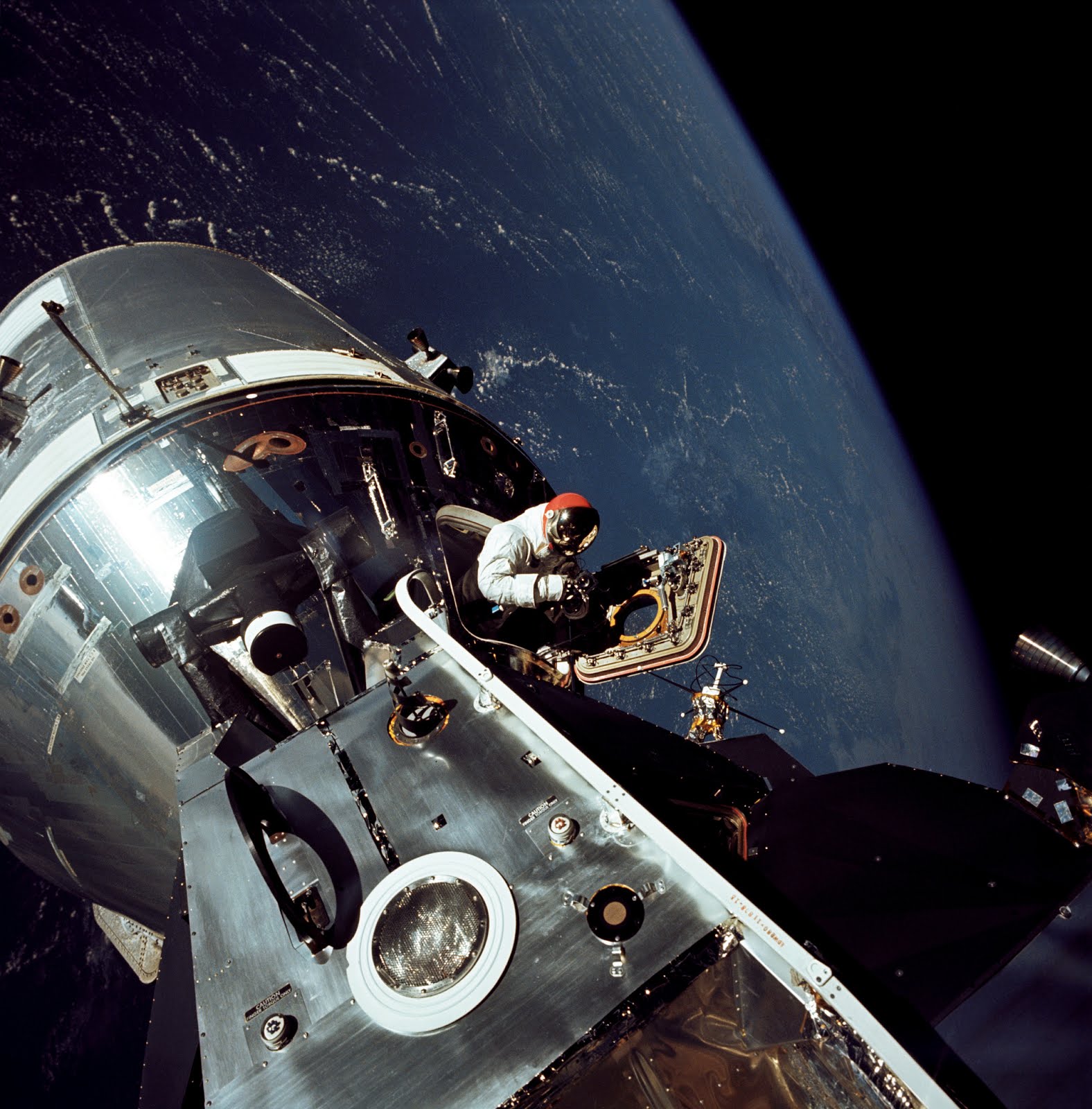 Number of photographs taken: 1,373. TV broadcasts were made and movie footage was shot.

Notes: This was the first flight of the complete Apollo spacecraft, including the Lunar Module, the first internal crew transfer between the two vehicles (from the Command Module to the Lunar Module and back), and the first docking, undocking and re-docking of the CM and LM. Schweickart performed the first spacewalk in a fully autonomous spacesuit (all previous spacewalks had used suits that depended on the spacecraft for cooling and oxygen).

McDivitt and Schweickart performed the first crewed flight of a spacecraft that was unable to reenter the atmosphere and used the LM’s engines to fly up to 183 kilometers (114 miles) away from the CM and test the separation of the LM’s ascent and descent stages.

The mission tested thoroughly and successfully the Apollo spacesuit and the Lunar Module, which were vital components for the Moon landings, as well as the communications, rendezvous, docking and crew transfer procedures. All these goals were achieved despite Schweickart’s bouts of nausea and vomiting.