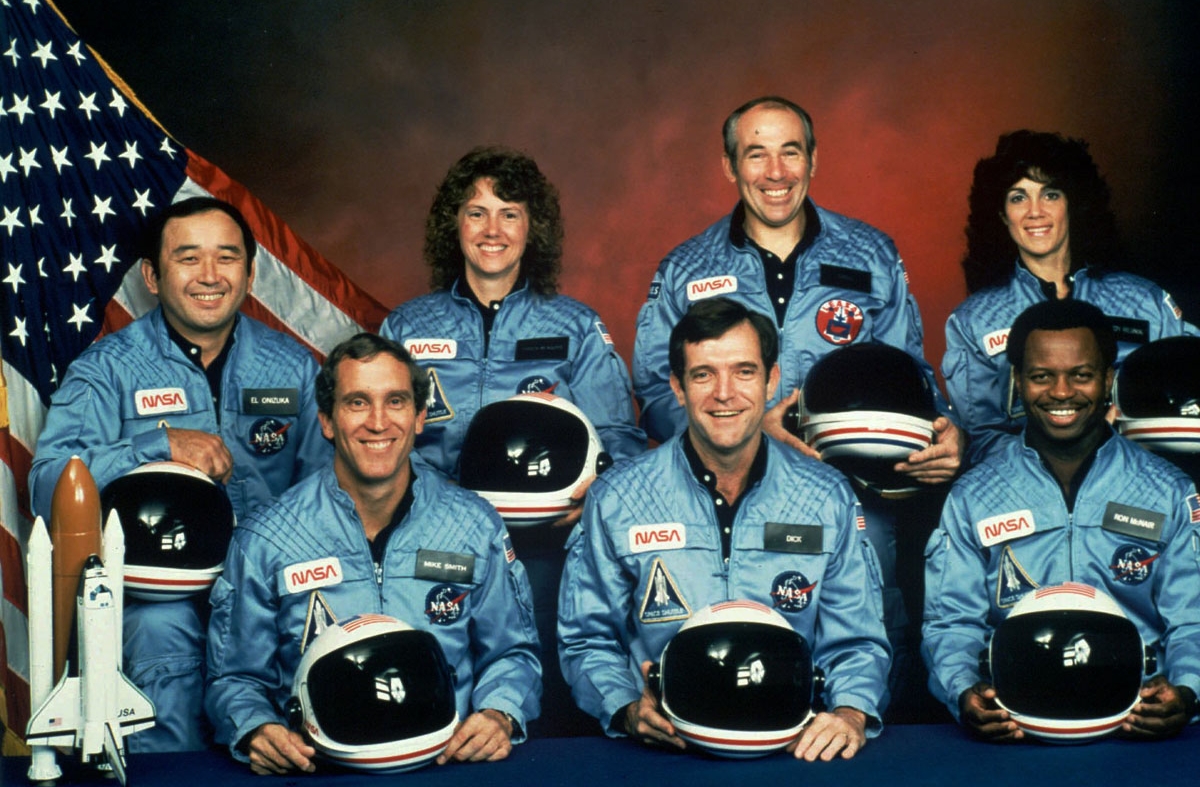 The entire crew of Space Shuttle Challenger died during liftoff on January 28, 1986.

One minute and thirteen seconds after their spacecraft had left the launch pad, one of the gaskets of the lateral solid-propellant boosters broke due to the intense cold that it had experienced overnight on the pad, allowing a tongue of flame to strike the external tank, full of liquid oxygen and hydrogen. The tank ruptured and its fuel ignited catastrophically while the Shuttle was at an altitude of approximately 15 kilometers (48,000 feet) and America was watching helplessly as the tragedy was broadcast live on national television.

The aerodynamic stresses broke up the Shuttle, but the cabin remained almost intact, protecting the astronauts (who had no usable means of escape) until impact occurred in the ocean at over 330 kilometers per hour (200 mph).

The Challenger disaster was the first loss of a US crew during spaceflight.