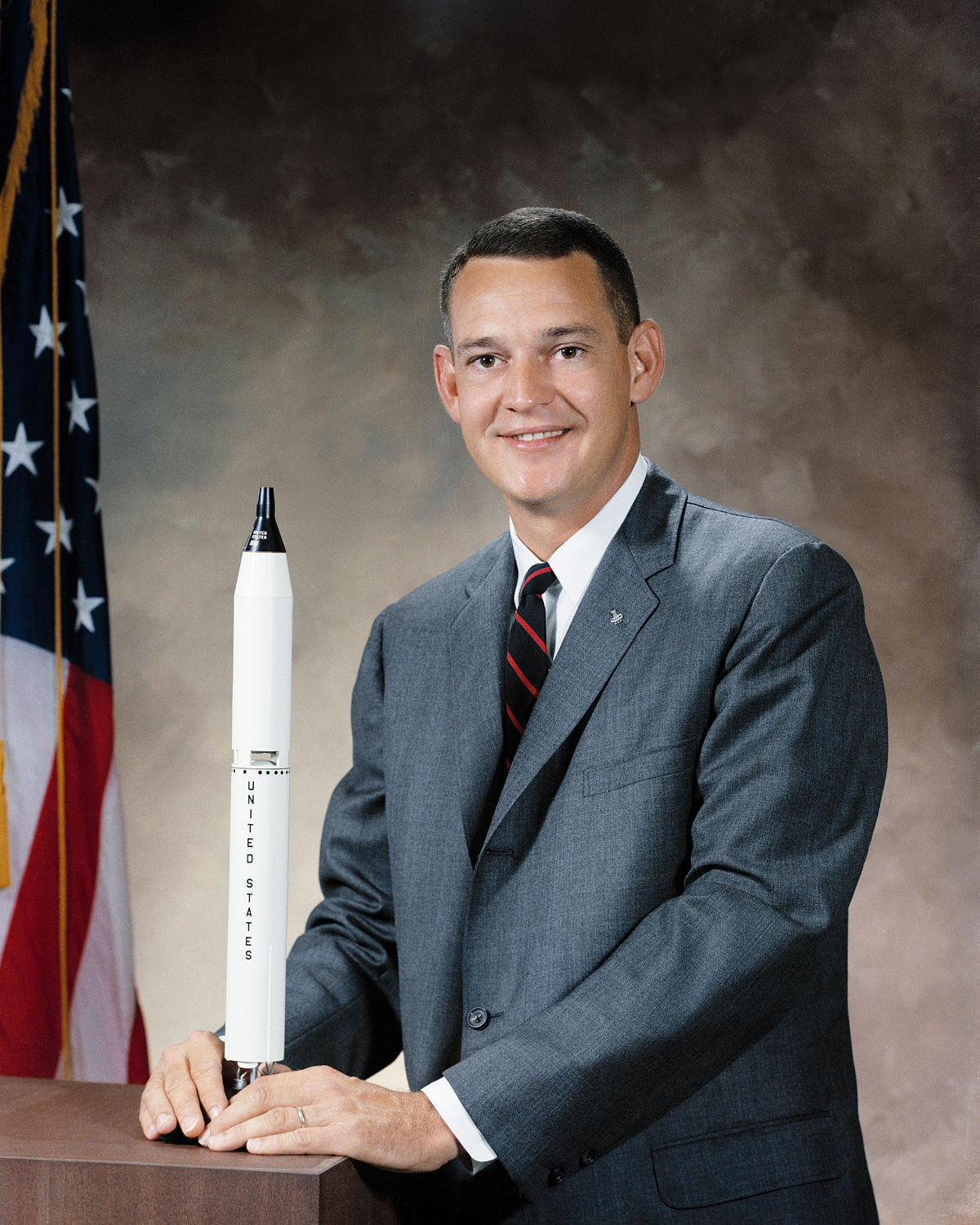 A major of the US Marines and a test pilot, Williams was selected for NASA’s third astronaut group in October 1963 and was assigned to the backup crews of Gemini 10 and Apollo 9.

He died on October 5, 1967, at the age of 35, when a mechanical failure of his T-38 supersonic trainer rendered the controls unusable and the plane entered an uncontrolled roll. Williams ejected, but he was flying too low and too fast for the ejector seat to work.

The Apollo 12 mission commemorated his loss with a patch bearing four stars (one for each of the astronauts who flew, plus one for Williams). Alan Bean, who had been his commander in the backup crew of Gemini 10, placed Williams’ astronaut wings pin on the Moon.