In a complex endeavor such as space launch, countless things can go wrong. Usually it’s the unexpected problems that cause the greatest trouble.

For example, the Reliability Bulletin of March 8, 1968 (Figure 13.2-1) reported serious corrosion problems in the stainless steel pipes of pads 34 and 37 at the Kennedy Space Center.

The report revealed the cause of the corrosion: the combined effects of uric acid and chloride. While the chloride came from the launch site environment, the uric acid did not:

The occasional practice of personnel relieving themselves from the umbilical tower has been suspected for some time... Personal interviews at the launch site confirmed the likely human source based on observed practices. 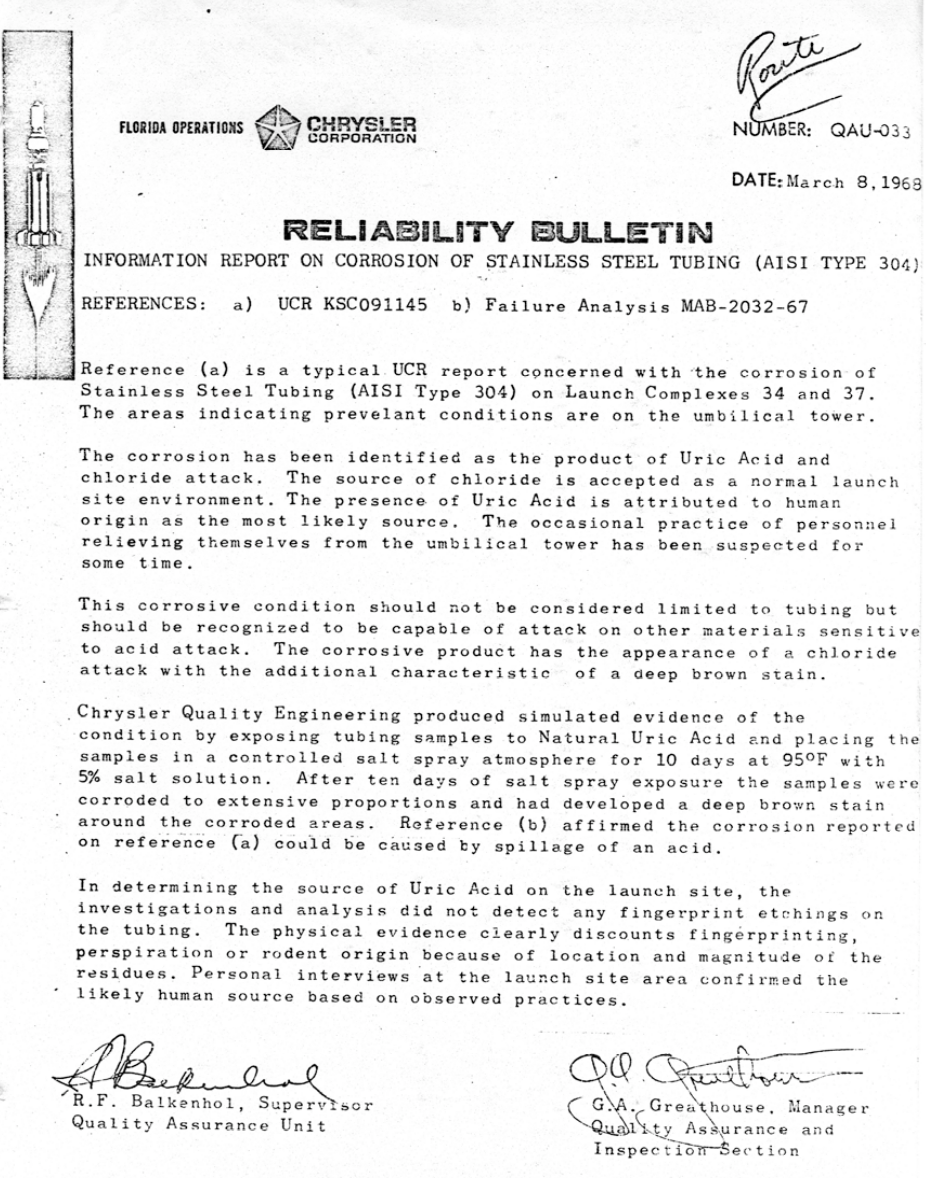 In another somewhat similar case, reported in Memorable Moments - My Years with the Apollo Program by John T. Everett, the hydrogen leak detector of the launch tower was triggered, causing the activation of the water sprinkler safety system, which led to several million dollars’ worth of damage. It later emerged that the highly sensitive detector had reacted to the “gaseous emissions of [a] robust engineer” from Chrysler who was changing a component in the vicinity.

NEXT: 13.3 Smuggling on the Moon: the Sieger covers