The time is the 1950s. The United States and the Soviet Union are intently playing history’s most dangerous game of chicken, aiming thousands of nuclear bombs at each other’s cities, according to a doctrine aptly named MAD. As in Mutual Assured Destruction. They both know that if one of them decides to attack, the other’s nuclear retaliation will lead to utter annihilation.

This fragile balance of terror will last forty-five years and will end with the breakup of the Soviet Union in 1991. But at the time of the Moon race, the Soviet Union is a powerful, secretive superstate that includes the countries now known as Russia, Armenia, Azerbaijan, Belarus, Estonia, Georgia, Kazakhstan, Kyrgyzstan, Latvia, Lithuania, Moldova, Tajikistan, Turkmenistan, Ukraine and Uzbekistan. 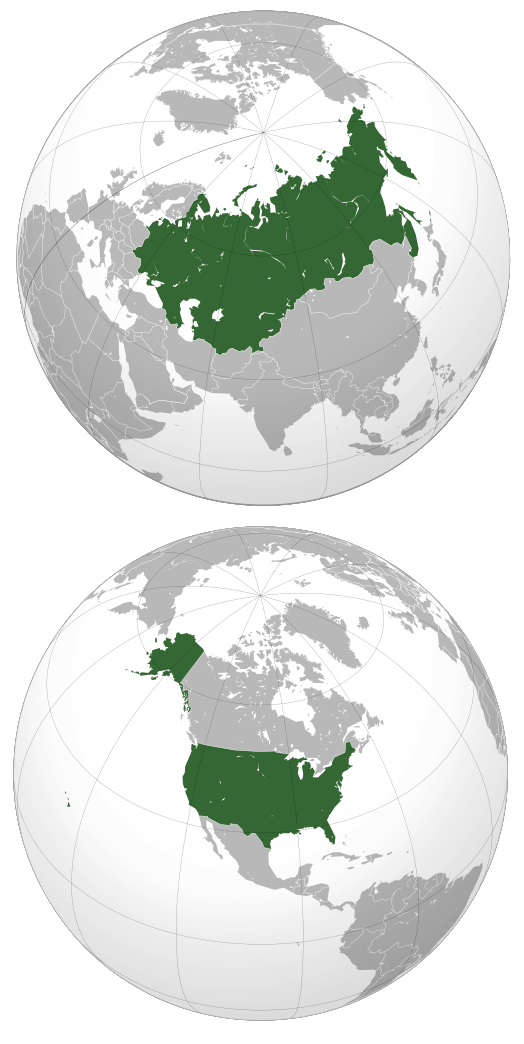 
These two military superpowers are vying for control of the ultimate high ground: space. They both view spaceflight as an opportunity to spy on each other and deliver atomic bombs more efficiently and to prove to the world their technological prowess and the superiority of their social system. Space is propaganda.

On October 4, 1957, the Soviet Union stuns the world by launching the very first artificial satellite, Sputnik 1. Western public opinion is all to aware of the fact that Sputnik overflies the US and the rest of the world with absolute impunity and has been hurled into the sky on one of the intercontinental missiles that the Soviets (like the Americans) are building to drop nuclear warheads in mere minutes onto enemy targets. 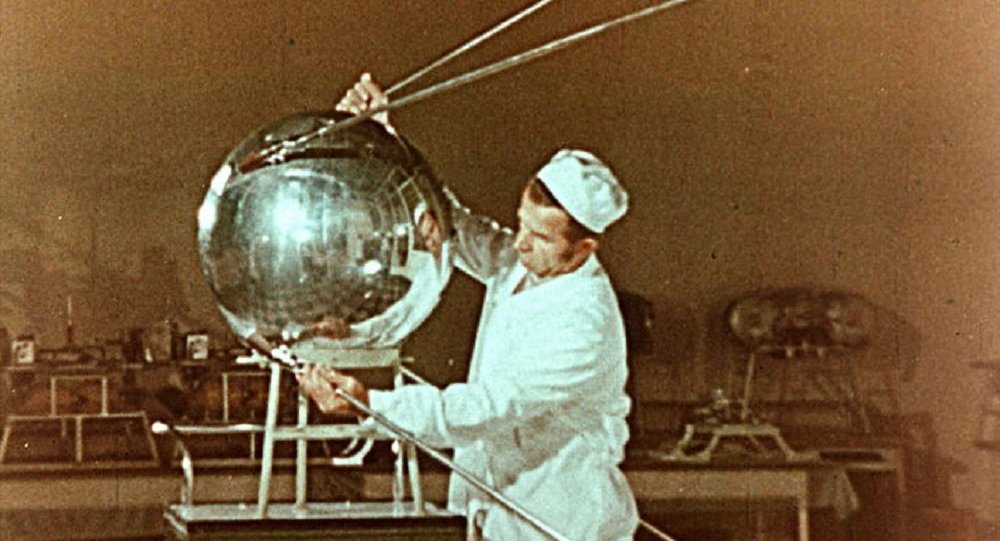 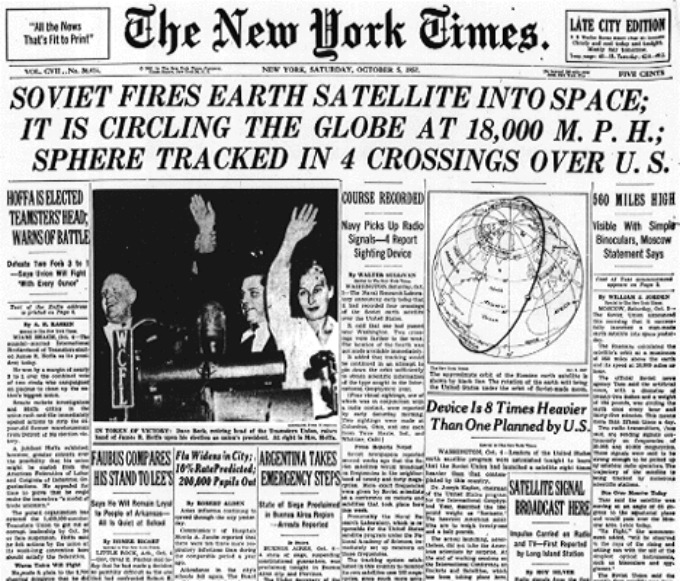 Figure 1.1-3. The American press reacts to the news of Sputnik 1.

The United States launches a crash federal program to recover from the political humiliation of being beaten by what was considered by many a backward country. It belatedly accelerates its fledgling space program, which had already achieved remarkable results, such as the first photographs taken from space: towards the end of the 1940s, US researchers had modified German V-2 rockets to perform brief vertical flights to altitudes up to 160 kilometers (100 miles), carrying scientific instruments and cameras. This crash program also seeks to close the academic, military and technological gap that Sputnik has so eloquently exposed. But at first the only result of this effort is further embarrassment.

One month after Sputnik 1, on November 3, 1957, the Soviets set another record with Sputnik 2, taking the first living being into orbit around the Earth, the dog Laika, before the United States has placed anything at all in orbit. Laika dies a few hours later from overheating and stress, but this is kept secret. The flight has been planned as a one-way mission anyway, because the technology for returning living creatures safely from orbit is not yet available.

Finally, on December 6, the US makes its first orbital launch attempt. The Navy’s Vanguard TV3 rocket rises a few feet and then explodes dishearteningly on the pad. 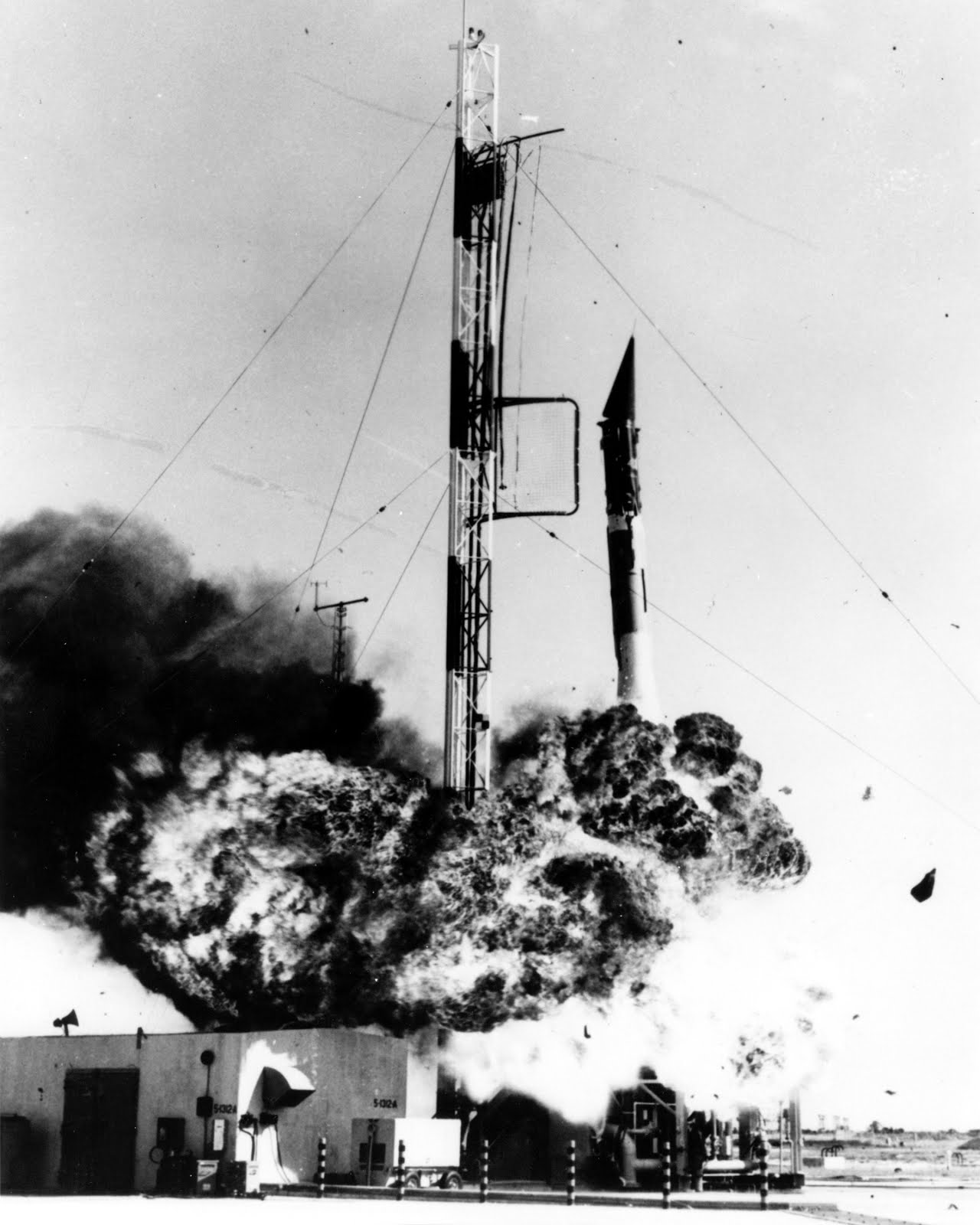 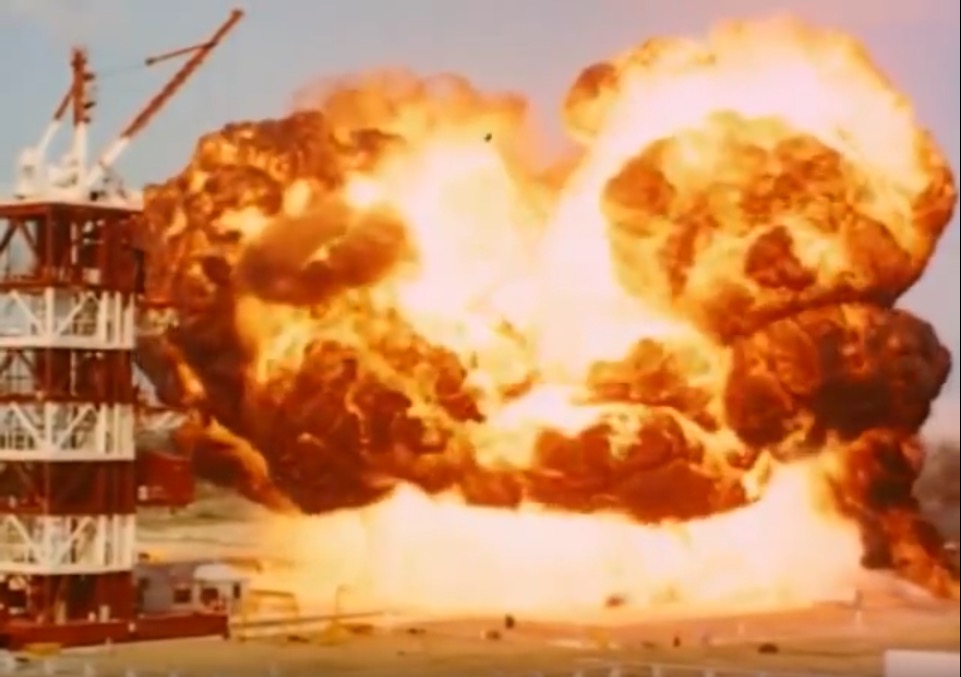 
The United States manages to place a satellite in orbit on January 31, 1958: Explorer 1 is launched on a Jupiter-C/Juno-I, a US Army Redstone rocket designed and modified by Wernher Von Braun, creator of the infamous V-2 rockets that had been used to bomb London and other cities during the Second World War. Von Braun had defected from Germany in 1945 and is now working for the US military.

Ironically, part of the Soviets’ lead in space is due to their inferior military technology: in the early 1950s both the US and the Soviet Union had developed intercontinental missiles capable of carrying nuclear warheads, but Soviet nukes were heavier than American ones. The Soviets solved the problem simply by building bigger rockets, which happened to be easily adaptable for spaceflight.