9.11 Isn’t it suspicious that ten astronauts died in freak accidents?

IN A NUTSHELL: No. Two of the ten astronauts had nothing to do with the Apollo project: the compilers of this death list are cooking the books. Also, being a test pilot of experimental, high-performance aircraft and spacecraft has always been dangerous and deadly. Test pilots died often, in the Fifties and Sixties, outside of the American space program as well, as witnessed by any aviation history book.


THE DETAILS: The Fox TV program Did We Land on the Moon? states that “Between 1964 and 1967, a total of ten astronauts lost their lives in freak accidents. These deaths accounted for an astonishing 15% of NASA’s astronaut corps.”

Bill Kaysing then adds that “to keep something that’s a lie wrapped up and covered over, you’ve got to eliminate all the people that can talk about it”. The implication is that these “freak accidents” were staged to keep under wraps the secret that the Apollo missions would be faked. Conspiracy theorists, here, are no longer talking about doctored photographs: they’re openly making accusations of murder.

The program shows photographs of ten men without bothering to identify them (Figure 9.11-1).


Figure 9.11-1. From 33:44 onwards, Did We Land on the Moon? talks about ten allegedly mysterious deaths without naming the people shown.


Because of this lazy lack of identification, patient, time-consuming historical research is necessary to find their names and check whether they actually did die in freak accidents and what their involvement in the Apollo program was.

It turns out that two of them weren’t even part of the Apollo program. Further details on these men are in the chapter Remembering the fallen, but here are the key facts. 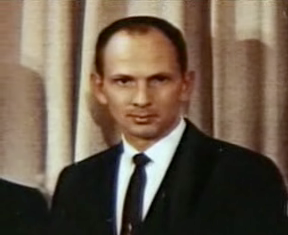 Figure 9.11-2 shows Theodore Cordy Freeman, USAF captain, aeronautical engineer and experimental aircraft test pilot. He died in 1964, two years before the first test flight of the Apollo spacecraft and three years before the first flight of a Saturn V, in a plane crash caused by a bird strike. He had been selected as an astronaut for the Gemini and Apollo projects but was never assigned to a specific mission. 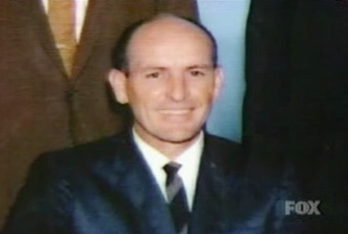 The man in Figure 9.11-3 is Edward Galen Givens, Jr.: USAF major and test pilot, selected and trained by NASA in 1966 as an astronaut for the Apollo Applications Program, a planned series of flights that were intended to follow the first lunar landing. He was on the backup crew of Apollo 7. He died in a car accident in 1967. 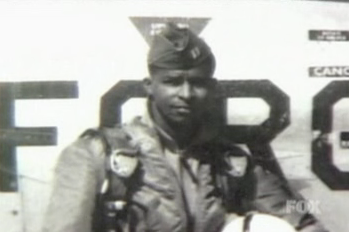 Figure 9.11-4. USAF major Robert H. Lawrence, Jr. He is not identified by Fox TV and was not part of the Apollo program.

Robert Henry Lawrence, Jr. (Figure 9.11-4) was a USAF major and test pilot, selected in June 1967 for the Manned Orbiting Laboratory project, which intended to place military space stations in Earth orbit to perform reconnaissance of enemy territories. He died on December 8, 1967 in the crash of his F-104 trainer, flown by his student. He was not involved in the Apollo program. 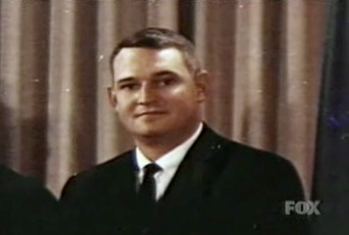 Figure 9.11-5 is a photograph of Clifton Curtis Williams, Jr., major of the Marines and test pilot, chosen for NASA’s third group of astronauts in 1963. He was part of the backup crew of Gemini 10 and Apollo 9. He died in 1967 when the T-38 supersonic trainer that he was flying developed a malfunction and crashed. 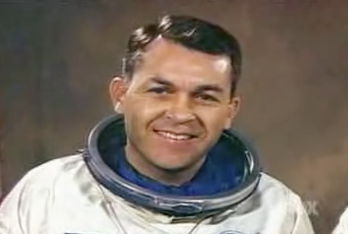 The man in Figure 9.11-6 is Elliot McKay See, Jr., US Navy engineer and test pilot, selected as an astronaut by NASA in 1962. He also supervised the design and development of spacecraft guidance and navigation systems. He had been chosen to command Gemini 9, but died on February 28, 1966 together with astronaut candidate Charles Bassett when their T-38 jet crashed during a low-visibility instrument-only landing. 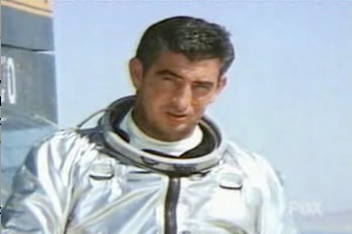 Figure 9.11-7. USAF major Michael J. Adams, not identified by Fox TV. He was not part of the Apollo program.

Figure 9.11-7 shows Michael James Adams. He was a USAF major and test pilot, selected as astronaut for the Manned Orbiting Laboratory military project. He died on November 15, 1967, when his X-15 experimental hypersonic rocket plane broke up as it was flying at five times the speed of sound. He was not involved in any way with the Apollo project. 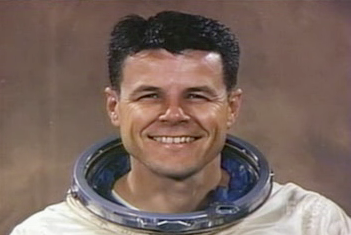 Charles Arthur “Art” Bassett II (Figure 9.11-8) was a USAF captain and test pilot. Member of NASA’s third group of astronauts, selected in October 1963. He was assigned to Gemini 9 together with Elliot McKay See, but died with See on February 28, 1966, in the crash of their T-38 trainer. 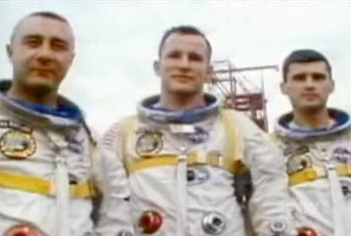 The last photo shown by Fox TV without identification shows Virgil Ivan "Gus" Grissom, Edward Higgins White, Roger Bruce Chaffee. As already described in the previous chapters of this book, these three astronauts died together in a fire on the launch pad, during a spacecraft systems test, on January 27, 1967.

To sum up the allegedly suspicious deaths:

Ten deaths over three years was sadly par for the course in the high-risk world of test pilots in those days, as Tom Wolfe’s The Right Stuff mercilessly recounts, so statistically there’s nothing particularly suspicious about these events.

What is suspicious, instead, is that the Fox TV list includes two people who were not part of the Apollo project. It’s easy to create an atmosphere of mystery if you inflate the number of deaths by 25%.

NEXT: 9.12 Why has Wernher von Braun’s name been removed from German schools?