7.15 How come all the technical problems suddenly vanished?

IN A NUTSHELL: They didn’t. Problems occurred throughout all the missions and the first uncrewed flights were designed, as usual, to shake down the vehicles and correct or reduce their defects before the actual crewed missions were flown.


THE DETAILS: A recurring argument among hoax theorists is that the early Apollo missions were plagued with problems, leading to very public delays and cancellations, but all the troubles magically disappeared just in time for the flights to the Moon.

For example, Mary Bennett and David Percy claim that “[the Saturn V] performed flawlessly throughout the entire Apollo program. But the early Saturn V F-1 engine tests were absolutely disastrous, with catastrophic explosions on the test stand.” They add that “The problem of combustion instability [...] known as the ‘pogo effect’ (the industry term for those internal oscillations we mentioned earlier) was in evidence from early testing of the Saturn rocket right through to the ‘Apollo 10’ launch – after which everything worked perfectly!” And Bill Kaysing asked “Why was Apollo 6, a total fiasco, followed by six perfect moon missions which in turn were followed by the manned orbiting lab debacle?”*


Actually, if you check these claims against the mission reports, it turns out that the Saturn V’s performance wasn’t “flawless” at all. It always got the job done, but nearly all flights reported substantial problems.

Far from working “perfectly” after Apollo 10, as Bennett and Percy claim, the Saturn V was troubled by the pogo effect during Apollo 11 and 12 as well, leading to violent vibrations of the central F-1 engine of the first stage. For Apollo 13, vibrations were so intense that the central J-2 engine of the second stage had to be shut down automatically during ascent to Earth orbit to prevent it from tearing the spacecraft to pieces. Changes made for Apollo 14 finally made the problem manageable. Section 7.4 of this chapter covers in detail the major malfunctions and problems that affected all the Apollo missions.

As regards the “catastrophic explosions on the test stand,” that’s why rocket designers have tests and use test stands: to iron out the worst kinks before actual flights. Indeed, celebrated Russian designer Boris Chertok noted repeatedly, in his monumental book series Rockets and People, that one of the key reasons for the failure of the Soviet moonshot attempts was the unwise decision to avoid building a full-scale test firing rig for the giant N1 rocket, opting instead to test the engines directly in a series of uncrewed flights. This decision led to four consecutive catastrophic failures of the N1, after which the project was scrubbed and buried.

The successful performance of the Saturn V was the result of extensive testing not only on the ground, but also in flight. There’s a reason why the first actual crewed Apollo flight, after the Apollo 1 fire that killed Grissom, White and Chaffee on the pad during a test, was number 7: all the previous ones were uncrewed test launches. 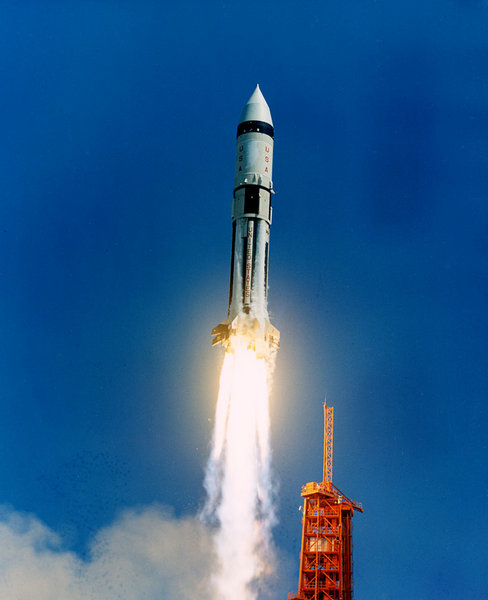 
Flight AS-202, on 25 August 1966, flew the Command and Service Modules, testing the Apollo heat shield at reentry speeds similar to those expected for a return from the Moon and also qualifying the Saturn IB for crewed flights.

Apollo 4 was the first flight of the giant Saturn V rocket (no flight was ever formally designated Apollo 2 or 3 by the NASA Project Designation Committee); this uncrewed test validated, among other things, the radiation shielding of the crew cabin and was considered very successful, according to the Saturn V Launch Vehicle Flight Evaluation Report – AS-501 Apollo 4 Mission. It was an “all-up” flight: a bold gamble to test all the main components at once, rather than one at a time in separate flights.

The next flight, Apollo 5, was likewise uncrewed because it was an automatic test of the Lunar Module in Earth orbit, using a Saturn IB booster. Both of the LM’s engines were fired and stage separation was performed. The flight also tested the automatic flight management systems (Instrument Unit) in the configuration that would later be used by the Saturn V.

Apollo 6 (Figure 7.15-2) was the second uncrewed “all-up” test flight of the Saturn V, also checking the capability of the command module to shield the crew from radiation during their brief transit through the Van Allen belts. 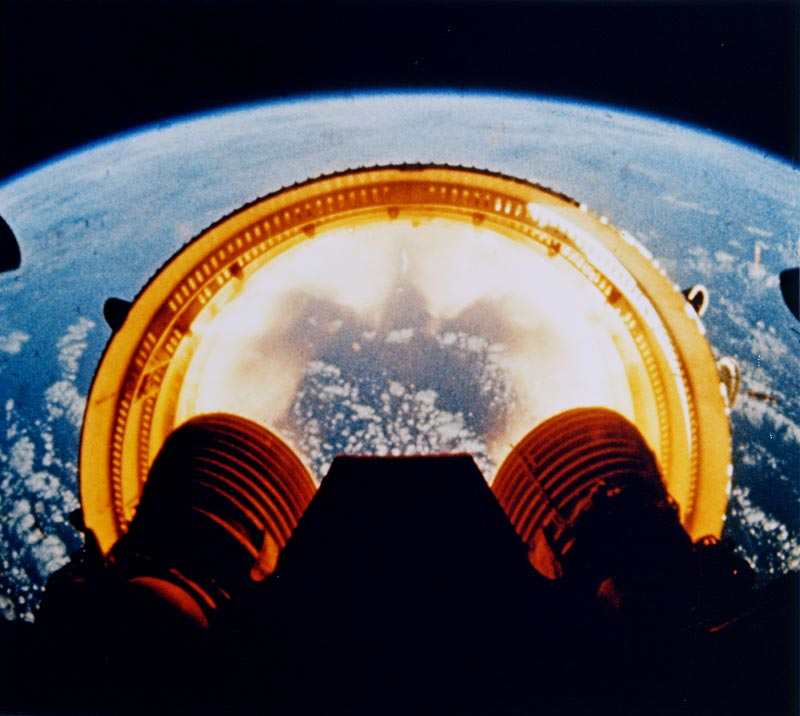 Figure 7.15-2. Apollo 6: separation of the ring between the first and second stages, filmed by an onboard automatic camera.


Its first stage was affected by violent pogo oscillations caused by structural resonances; two of the five engines of the second stage underwent a premature shutdown (one because of the oscillations and one due to incorrect wiring); and the third stage yielded less thrust than expected.

These problems were analyzed and partially solved in later flights by changing the resonance frequencies of some components, adding dampers and scheduling additional wiring checks. That’s what test flights are for. Despite all this, some problems persisted and affected all Apollo flights.

In other words, the claim that the Moon landing missions suddenly became flawless is a myth.

NEXT: 7.16 Why is there no engine noise in the Moon landing audio?