7.13 How come the astronauts didn’t unbalance the tiny LM?

IN A NUTSHELL: Because they were close to the center of the spacecraft and so their movements had a very small effect, which was compensated automatically by the onboard computers.


THE DETAILS: In Fox TV’s Did We Land on the Moon?, Ralph Rene alleges that the movements of the astronauts in the cabin of the Lunar Module would have shifted the center of mass continually and therefore would have caused the spacecraft to tip over uncontrollably and crash. Therefore, he argues, the LM could not fly and accordingly the Moon landings are fake.

The facts are quite different. First of all, the LM had not one, but two automatic stabilization systems that controlled the maneuvering thrusters (the ones clustered at the end of the ascent stage’s outriggers) to compensate constantly for any imbalance. The astronauts didn’t stabilize the spacecraft manually. The computer-controlled stabilization can be noticed in the liftoff footage, which shows a characteristic periodic oscillation induced by the automatic firing of the thrusters as soon as an imbalance was detected.

The concept is not at all unusual today and wasn’t in the 1960s: any rocket has the same problem of compensating for shifts in the center of mass (for example due to fuel displacement or depletion). In the atmosphere, fins can be used; in space, gimbaled main engines and small maneuvering thrusters are used. This is a solution shared by all spacecraft of all countries, including the Space Shuttle and SpaceX‘s Falcon rockets.

Secondly, the astronauts stood very close to the center of mass of the lunar module and didn’t have much room to move anyway (Figure 7.13-1). 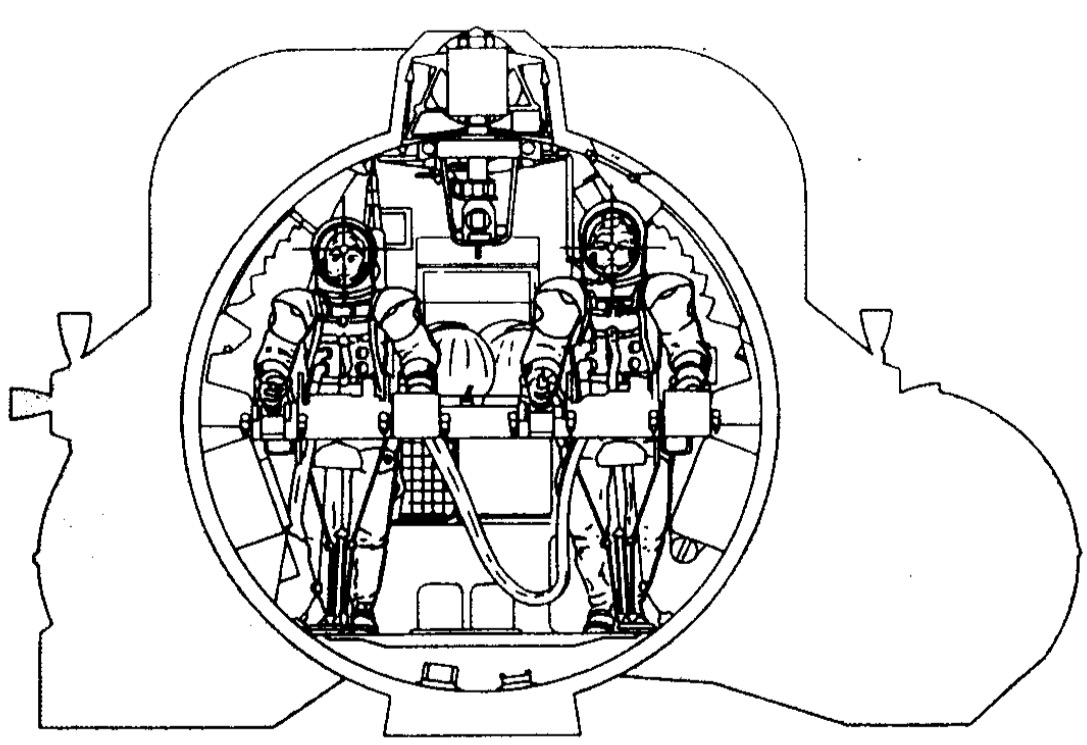 Figure 7.13-1. The position of the astronauts in the LM during flight. The main engine is between them; the fuel tanks are at the opposite sides of the outline. Detail of Figure 1-6 of the Apollo Operations Handbook - Lunar Module LM10 and Subsequent.


Moreover, the astronauts weighed far less than the twofuel tanks, which had a mass of 910 and 1,440 kilograms (2,006 and 3,175 pounds) respectively. The crew’s movements, therefore, couldn’t affect the balance of the spacecraft to any great extent. The main challenge to stability was the sloshing of the fuel in the tanks as they gradually emptied, but this was handled by the computer-based stabilization systems.

NEXT: 7.14 How come the LM simulator was so unstable that Neil Armstrong crashed it?