The Apollo visual record includes both video recordings, made using TV cameras that transmitted their pictures to Earth, where they were rebroadcast and recorded on magnetic tape, and film footage, shot using movie cameras that recorded the pictures onboard on 16 mm film.

Today it’s quite commonplace to use the term video for any kind of moving picture, lumping together TV and film, but in the Sixties there was a huge quality and portability gap between television and movie technology.

The miniaturization afforded by modern electronics was in its infancy. Studio TV cameras for color broadcasts were bulky, inefficient, power-hungry monsters that weighed over 125 kilograms (280 pounds), like the ones shown in Figure 6.1-1. 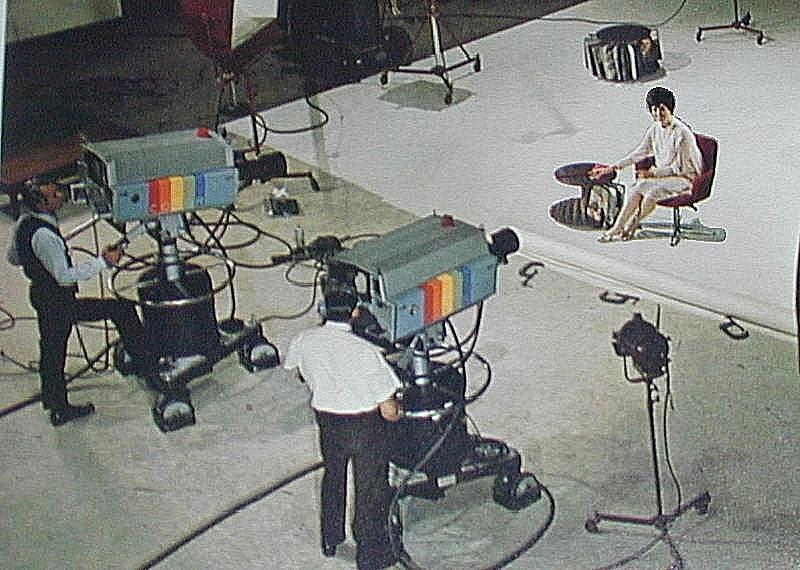 
Early “portable” color TV cameras, such as the Ikegami HL-33, made their debut only in the Seventies. Black-and-white models were slightly less unwieldy, but they were still massive, power-hungry, heavy devices that could not be used in low light and depended on an external electric power supply and on even bulkier recording equipment. Moreover, they provided rather poor picture quality: nothing even comparable to today’s tiny high-definition video cameras and recorders that we carry in our pockets as part of our cellphones.

Movie cameras, instead, were already a mature technology. They were compact, lightweight, sturdy and fully independent of mains power thanks to batteries or wind-up mechanisms. Movie cameras for amateur use were just a little bit bigger than a still camera.

For example, a professional Arriflex movie camera using 16 mm film weighed about six kilograms (13 pounds) and required no extra equipment, apart from an optional sound recorder and a good supply of film, to shoot anywhere in the world, taking moving color pictures with a quality that far surpassed that of television. A professional movie camera was, in a way, the 1960s equivalent of today’s portable high-definition video gear.

Movie cameras were used for virtually all news footage, for war zone reporting and for detailing science experiments, missile launches and aircraft tests, thanks also to the in-depth analysis offered by slow motion, which was easy to achieve with film but technically unattainable with the TV cameras of the day (the film was simply fed through the camera at a faster rate and then shown at the normal rate).

The key drawbacks of movie cameras were of course the recording time, which was limited by the amount of film available, and the impossibility of live broadcasts, since film had to be developed by a chemical process. But if live transmission was not indispensable and a deferred viewing was acceptable, in the Sixties film was king. It’s important to bear this in mind in order to understand the technical choices made by NASA in documenting the Apollo flights. 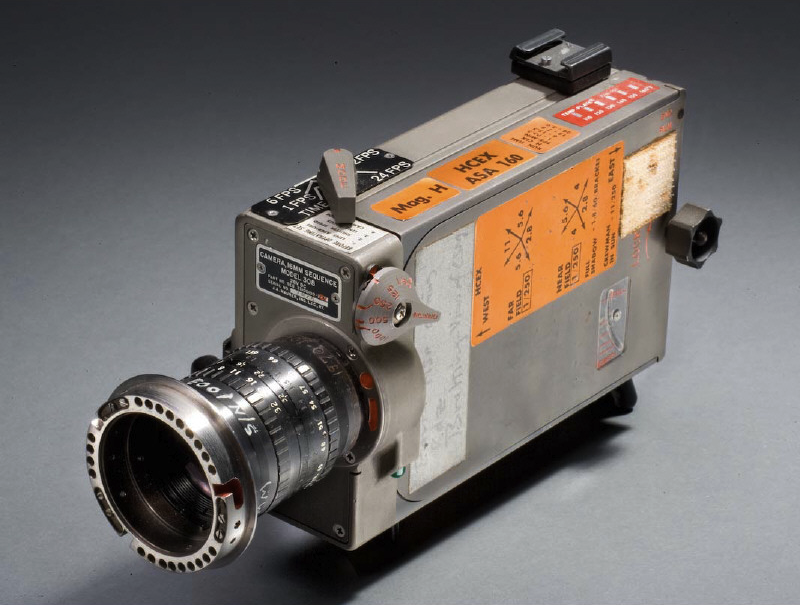 One of these movie cameras was mounted in the Lunar Module so as to look downward out the right side window of the spacecraft, as shown in photograph AS11-36-5389 (Figure 6.1-3). This simple but effective technology is what gave us color pictures of the lunar module's descent to the Moon and of Neil Armstrong's first footstep on the lunar surface. 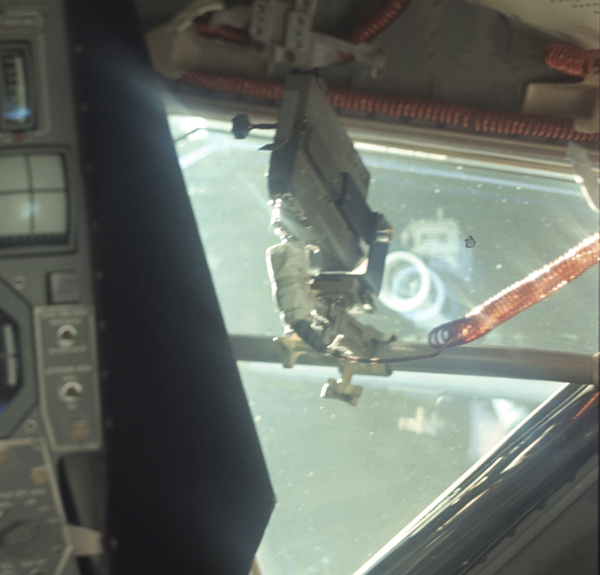 
Most of mankind's first moonwalk (86 minutes out of 131) was filmed in color with this system. The first few minutes used a rate of 12 frames per second, half that of a normal movie; the remainder of the excursion was shot at one frame per second in order to save film, since each film magazine only contained 39.6 meters (130 feet) of color film, which at a normal frame rate (24 frames per second) would have been enough to shoot a little more than three and a half minutes. Reducing the frame rate increases the recording time but produces jerkier moving pictures. At one frame per second, the film footage is more like a series of still photographs than an actual moving picture record.


In later missions, after Apollo 11, the movie camera was taken outside, on the lunar surface. For Apollo 12 it was placed on the Lunar Hand Tool Carrier (a frame with legs); on Apollo 14 it was installed on the Modularized Equipment Transporter, a sort of wheeled cart; for Apollo 15, 16 and 17 it was mounted on the Lunar Rover (Figure 6.1-4, which shows how truly small the camera was). 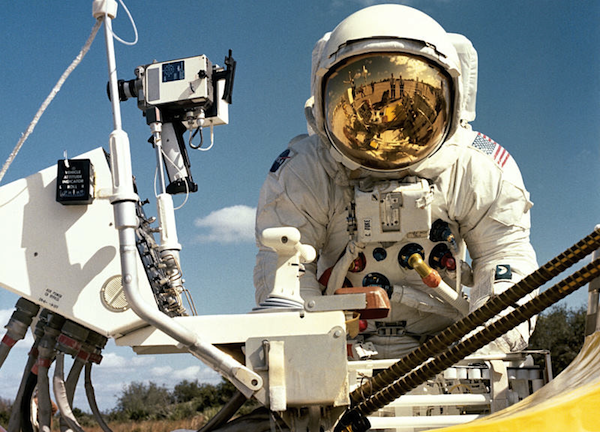 Figure 6.1-4. Top left: the movie camera mounted on the Rover, next to Charlie Duke, during training for Apollo 16.

Transmitting television pictures from space and from the Moon entailed two technological challenges that had never been met before.

The first one was to build a TV camera that could work in a vacuum, withstand great brightness and temperature variations between shadow and sunlight and survive the intense vibration and acceleration of liftoff, yet be compact and lightweight enough to allow an astronaut to carry it and operate it in the confined space of the interior of a spacecraft and on the lunar surface.

The other challenge was to find a way to send back to Earth a live television signal from a distance of almost 400,000 kilometers (250,000 miles) using only the electric power available on board the Apollo craft and the vehicle's radio transmission equipment, which had been designed for entirely different purposes. Live TV from the Moon was, in a way, an afterthought.

The Westinghouse Lunar Camera used on Apollo 11 (shown on the left in Figure 6.1-5) used only 6.5 watts, measured 28 x 15 x 7.6 centimeters (11 by 6 x 3 inches) and weighed 3.3 kilograms (7.25 pounds), yet was capable of working in the harsh environment of the Moon, with its vacuum and its temperature extremes. This remarkable performance, miniaturization and weight reduction were achieved by using 43 integrated circuits, which were very rare in those days, and a special component, an SEC (Secondary Electron Conduction) tube, which at the time was a military secret. 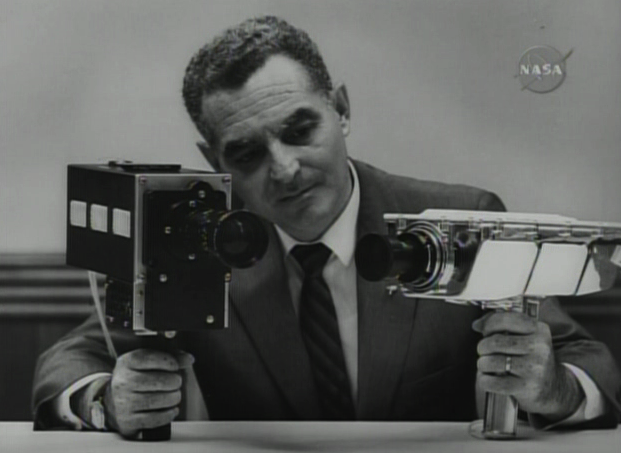 
This achievement, however, came initially at the cost of color. That's why the TV pictures of the first Moon landing are in black and white.

As technology progressed and NASA's confidence in being able to receive a complex TV signal from the Moon improved, subsequent missions were provided with a slightly larger color lunar camera, which produced color by using the same clever method used by the onboard camera: a color wheel (a disk with colored filters) spun in front of the monochrome camera sensor, generating a set of three color-filtered pictures, which were reassembled by the ground stations on Earth to recreate the original colors. This was a very compact and reliable system, although it caused multicolor halos around rapidly moving objects.

Having solved the issues of weight and size, there was still the question of sending the camera's signal to Earth. The limitations of the Lunar Module's onboard transmission equipment allowed a bandwidth of only 700 kHz, whereas a standard TV signal required 6,000. This meant that the standard US TV format (NTSC) had to be abandoned and a custom one, with a lower quality, had to be used. For Apollo 11, this format had 320 progressive lines and 10 frames per second, compared with 525 interlaced lines and 30 frames per second of an ordinary US TV broadcast. The lunar TV camera also had a “high definition” mode that generated a 1,280-line picture every second and a half, but it was never used.

These nonstandard solutions required special equipment on Earth to convert the signal to the normal television format. Since there was no digital technology capable of real-time video processing in the 1960s, a rather drastic approach was taken: a standard broadcast television camera was pointed at a special high-persistence monitor that displayed the images from the Moon.

The loss of detail and quality caused by this conversion was partly compensated by electronic devices, but nevertheless the difference between the signal that was received from the Moon and the converted signal was great (Figures 6.1-6 and 6.1-7). 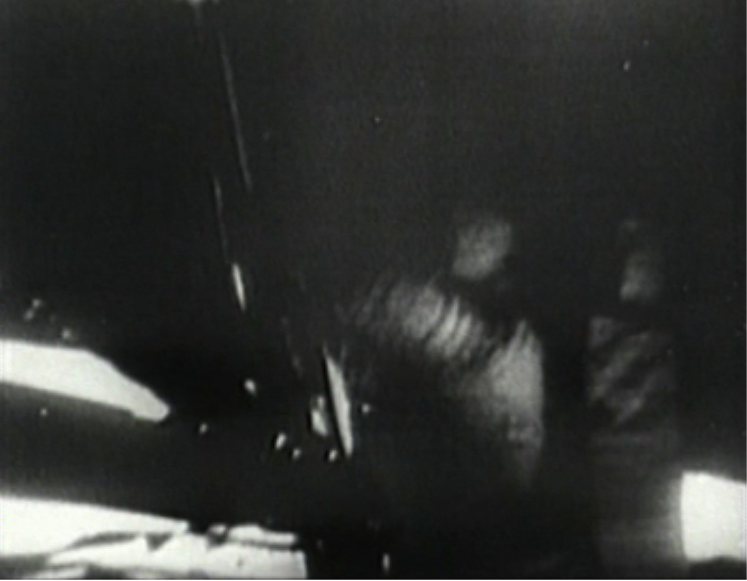 Figure 6.1-6. The converted image as broadcast by world television networks during the first steps on the Moon of Apollo 11. 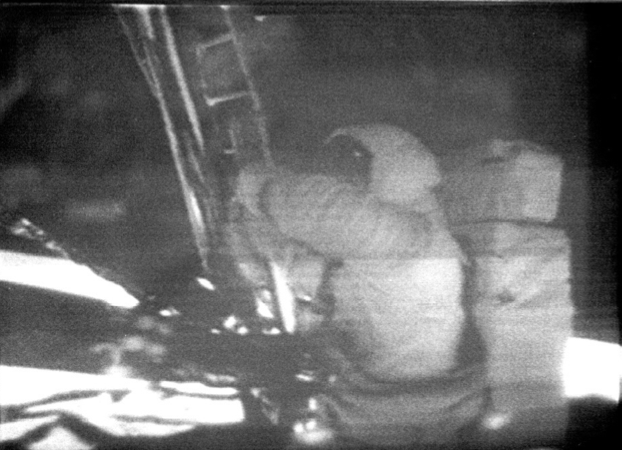 Figure 6.1-7. The original image as received from the Moon, photographed from the monitor prior to conversion.


The Apollo 12 and 14 moonwalks used a color TV camera that had a lower resolution (262 lines) but a higher frame rate (30 filtered frames per second, which became 20 frames after combining them to recreate the colors) than the Apollo 11 camera.

The Apollo 15, 16 and 17 missions were provided with a different, bigger TV camera, the Ground Commanded Television Assembly (GCTA) manufactured by RCA, which was mounted on the Lunar Rover electric car and was controlled directly from Earth. This TV camera had a 6x zoom lens and a resolution of approximately 200 lines. Like the previous model, it generated 30 frames per second, which became 20 after conversion.

This processing was handled by a private company, Image Transform of North Hollywood, California, which received the pictures from the Moon for on-the-fly processing before sending them to the world's TV networks for live broadcast. In a way, therefore, it’s true that some live TV footage from the Moon was created with help from Hollywood. Incidentally, Image Transform was founded by John Lowry, who later also created the Lowry Digital company that restored the Apollo 11 lunar TV broadcast in 2009.

During Apollo 11’s moonwalk, the TV signal was received by huge 64-meter (210-ft) dish antennas at Goldstone, California (Figure 6.1-8) and at Parkes, Australia and by a 26-meter (85-ft) dish at Honeysuckle Creek, Australia. Apollo 11’s liftoff from the Moon was tracked by the 26-meter (85-ft) dish at Fresnedillas, near Madrid, in Spain, which was also used to receive the live TV broadcasts made by later flights. 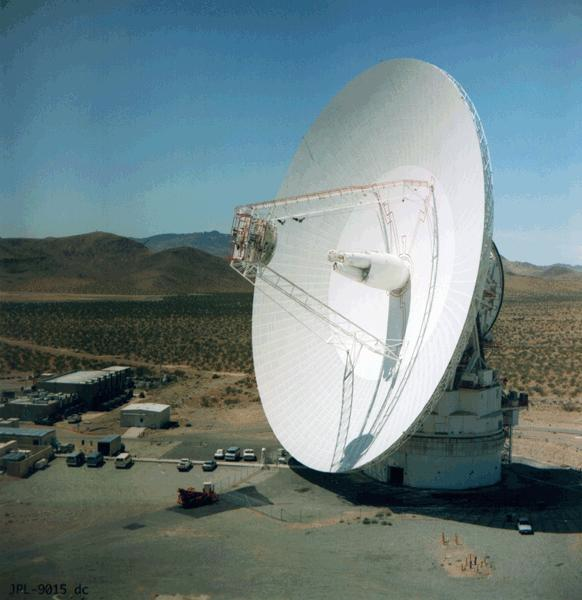 Figure 6.1-8. The Goldstone dish antenna in the 1960s. The cars reveal the size of this receiving apparatus.


All the television broadcasts, including the restored Apollo 11 moonwalk, are now available on the Internet and on DVD, and so is the movie camera footage of the missions.

Now that the key aspects of the video and film technology available to lunar astronauts in the 1960s have been outlined, we're ready to examine the various anomalies allegedly present in the television and movie camera records of the Apollo missions.

NEXT: 6.2 Why does the flag flutter on the airless Moon?