4.1 How many people believe these theories?

Between 1995 and 2013, the percentage of American adults who believe that the Moon landings were faked in some way has remained stable around 6%.

* Landing a Man on the Moon: The Public’s View, by Frank Newport, Gallup.com, 1999; As Seen on This Morning’s NBC Today Show: Truth or conspiracy: Lunar landing – Did the mission to the Moon really get off the ground?, Zogby.com, 2001; Democrats and Republicans differ on conspiracy theory beliefs, PublicPolicyPolling.com, 2 April 2013.


Six or seven percent might seem a small figure, and Gallup explains that the margin of error in its poll was 3%, adding that “it is not unusual to find about that many people in the typical poll agreeing with almost any question that is asked of them”, but even so it means that several million Americans believe Moon hoax theories.

Moreover, the figure is considerably higher in a specific age group: young people. A poll taken in 2006 by Dittmar Associates among young American adults indicated that 27% expressed some doubt that NASA went to the Moon, with 10% of the overall sample indicating that it was “highly unlikely” that a crewed Moon landing had ever taken place. The Zogby poll mentioned earlier concurs, noting that “fewer 18-29 year olds than any other age group believe the Moon landing occurred”.*


Informal polls in other countries suggest highly variable percentages of hoax believers. In the United Kingdom, a 2008 Internet poll on a sample of 1000 people, arranged by 20th Century Fox for the launch of the movie X-Files: I Want to Believe, indicated that 35% of the participants thought the Moon landings were faked. A 2009 survey yielded an estimate of 25%.* 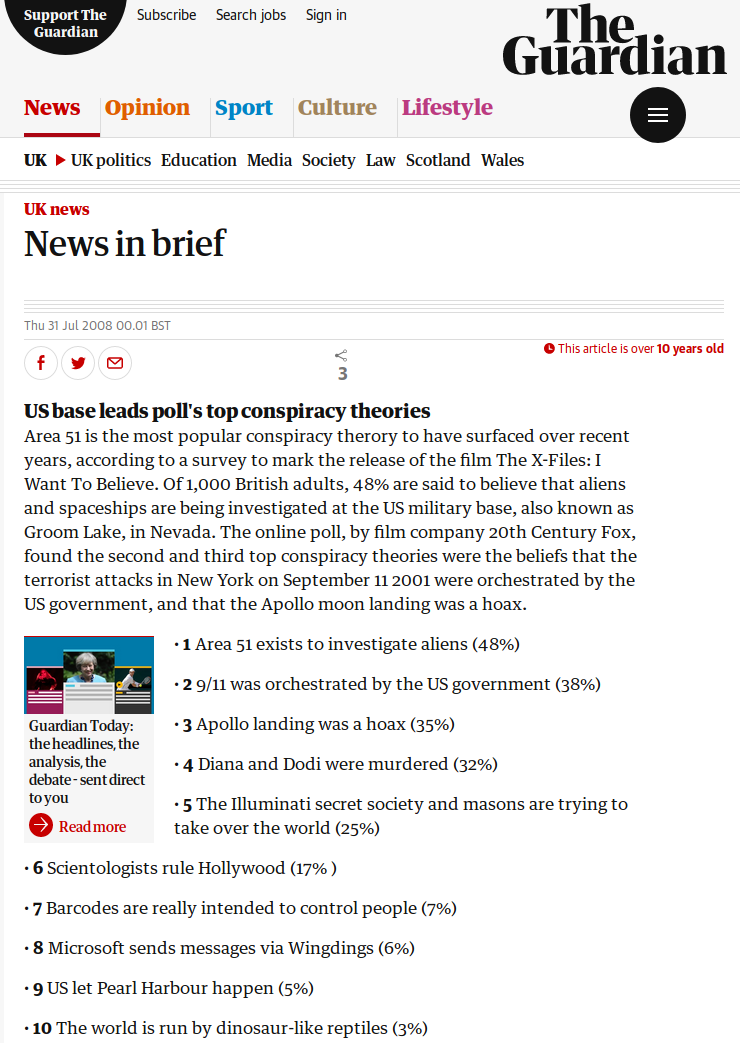 Figure 4.1-1. The results of a 2008 UK poll on conspiracy theory beliefs. Note the 7% of participants who believe that barcodes are a secret method for controlling people.


In Germany, an Internet poll launched in 2001 by Der Spiegel magazine reported that 47% of the participants agree with hoax theories. Other similar surveys suggest hoax theory support at 44-62% of participants in France, 40% in Sweden, and 49% in Russia.*


However, these polls are not based on a statistically representative sampling of the population, but rely on volunteer participation, and since hoax theory supporters tend to be rather active in spreading their beliefs these percentages should be considered with a degree of caution.

Moon hoax belief also has significant political overtones. Admitting that Americans landed on the Moon entails acknowledging their technological superiority, and some ideologically-driven people and regimes aren’t very keen to do so.

For example, space historian and journalist James Oberg noted in 2003 that “many Cuban schools, both in Cuba and where Cuban schoolteachers were loaned, such as Sandinista Nicaragua, taught their students that Apollo was a fraud”.*


It should be noted, however, that Oberg based his claim on just three anecdotal reports and that Moon landing denial does not appear to be the current position of the Cuban government, at least according to the official Ecured.cu encyclopedia.

Figure 4.1-2. An excerpt from Cuba’s official encyclopedia, Ecured.ru, which describes the Apollo Moon landings in detail.


When British documentary film maker Sean Langan was kidnapped by the Taliban in the Afghanistan-Pakistan border region in 2008, “during his three-month ordeal he was interrogated by his captors many times and he was often surprised by what they wanted him to confess to. One subject they kept returning to were the Moon landings. They refused to believe that America had put men on the Moon and, again and again, they tried to browbeat him into admitting that NASA’s programme of manned space flight had been an elaborate hoax”.*


Anti-Americanism is a significant driving force behind lunar conspiracy claims, like it is for theories regarding the 9/11 attacks and UFOs, even in some moderate countries where popular resentment against US government policies is widespread. Within the United States, this resentment takes the form of a specific distrust of the federal government and of authorities in general, as clearly shown by the writings of Bill Kaysing, Ralph Rene and many other Moon hoax theorists.

NEXT: 4.2 Healthy doubt versus misinformed paranoia