Through the decades that have passed since the Moon landings, not one of the approximately 400,000 civilian technicians and engineers of the many aerospace companies who worked on the Apollo project has ever spilled the beans, not even by mistake or in a moment of alcohol-fueled exuberance.

No deathbed confessions, no leaked dossiers, no compromising photographs revealing the fakery. Even the Mafia can’t achieve that level of airtight silence and secrecy. By contrast, the Soviet Union’s top-secret Moon landing project and its humiliating failure, described in Chapter 1, became public within twenty years, despite the fact that they occurred in a closed totalitarian regime with sprawling censorship and secrecy systems. 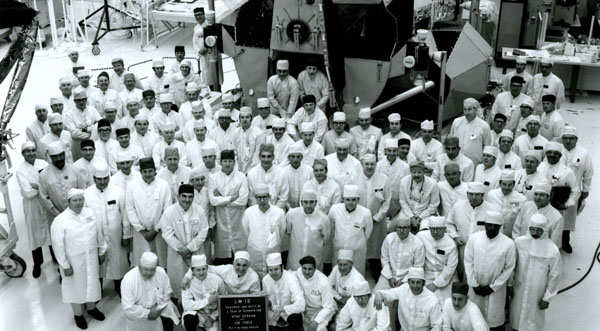 Figure 3.3-1. Some of the engineers who built the Lunar Modules. Credit: Lawrence A. Feliu, Northrop Grumman History Center.


Conspiracy theorists occasionally announce that they have uncovered official documents, photographs or film footage that allegedly have been faked or somehow prove their claims. However, it has always turned out that the fakery was actually on the part of the hoax proponents or that these self-proclaimed detectives had cluelessly misinterpreted their findings, as any spaceflight expert would have told them if they’d bothered to ask.

Moreover, the incredibly tight-lipped engineers of the Apollo project aren’t nameless faces: they’re real people. Their names are public. They’re civilians, not military personnel accustomed to secrecy. Many of them are still alive and quite willing to talk and write about their experience and work on the Moon missions. Yet no conspiracy theorist seems to be willing to accuse them individually, to their face, of faking the Moon landings.

Also, the Apollo project didn’t just involve Americans. Scientists and engineers from all over the world took part in the science experiments and communications. The solar wind experiment was managed by Swiss researchers. The telemetry, television and radio links with the spacecraft were relayed by Australian and Spanish tracking stations. The knowledge gained from the Moon landings has been shared for decades with scientists of all countries. Subsequent uncrewed Moon missions of many countries relied on Apollo data. European astronauts have been trained by Neil Armstrong and other moonwalkers. Are all these skilled professionals too dumb to realize they’ve been hoodwinked all this time? 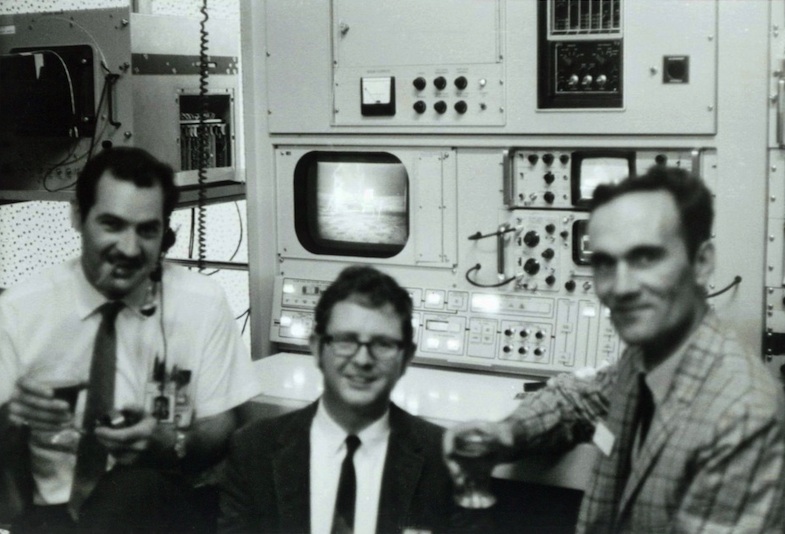 Left to right: Ted Knotts, Richard Holl and Elmer Fredd celebrate in front of the Scan Converter at Sydney Video. The monitor is showing the Apollo 11 live broadcast. Aldrin and Armstrong are safely back inside the LM. Photo courtesy of Colin Mackellar, Honeysucklecreek.net.

NEXT: 3.4 The silence of the Soviets