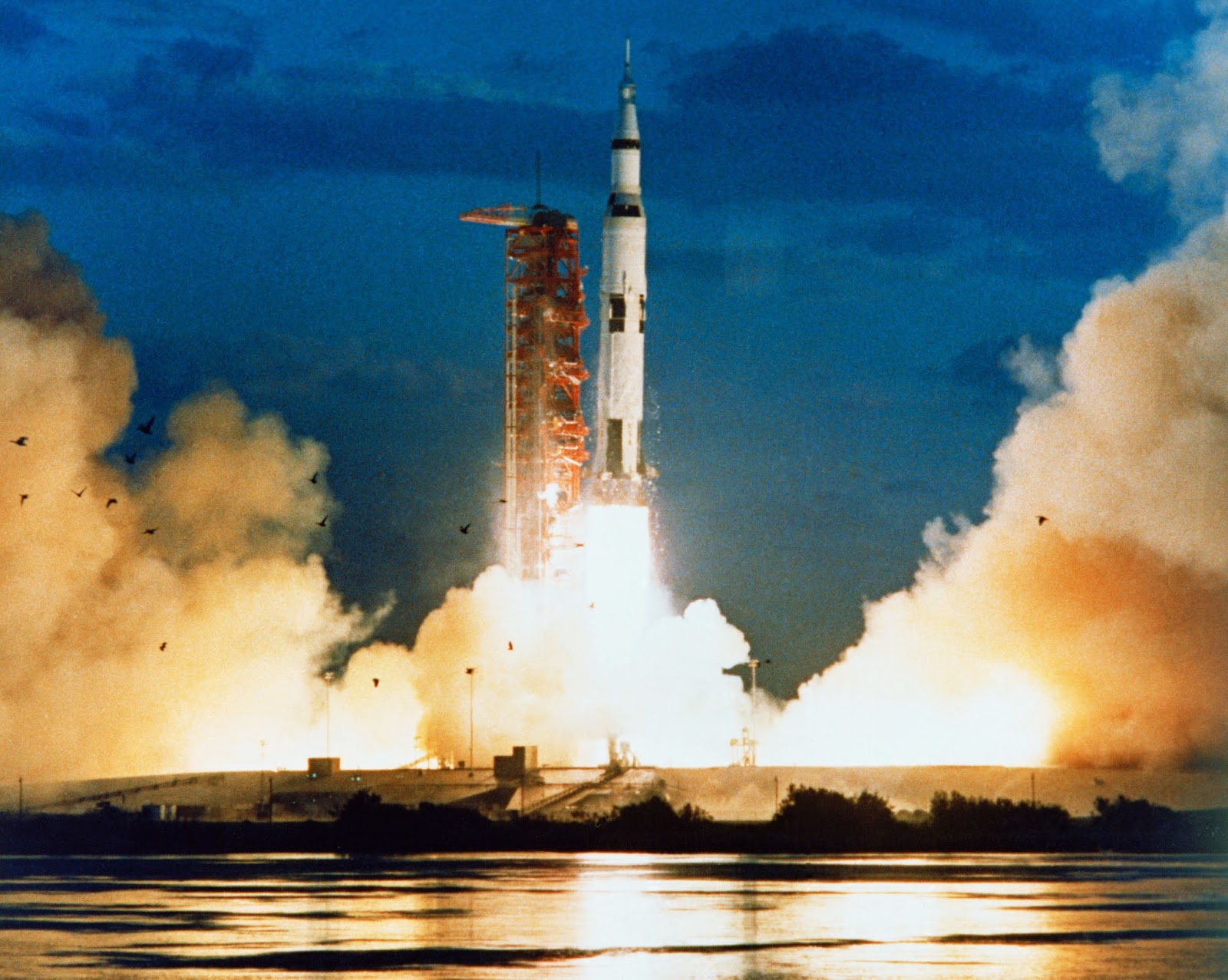 CM and LM call signs: not assigned (CM and LM both present).

Notes: This was the first flight of the Saturn V and qualified it for carrying astronauts. The noise generated at liftoff was so powerful that the launch tower was damaged severely and the buildings of the control center and the press room shook so much that ceiling panels fell around CBS reporter Walter Cronkite.

The Apollo capsule reached a maximum distance from Earth of 18,092 kilometers (11,240 miles) and was turned so as to expose one half to the Sun and keep the other half in shadow, creating the maximum temperature differential and assessing the ability of the spacecraft to withstand these extremes. Radiation shielding was also tested. The Service Module engine was restarted to accelerate the vehicle and create the worst possible reentry conditions that might occur during a return from the Moon. A Lunar Module engineering mockup was carried on board.

The spectacular movie footage of the separation of the interstage ring of this flight is often used in documentaries and movies but attributed to other missions.