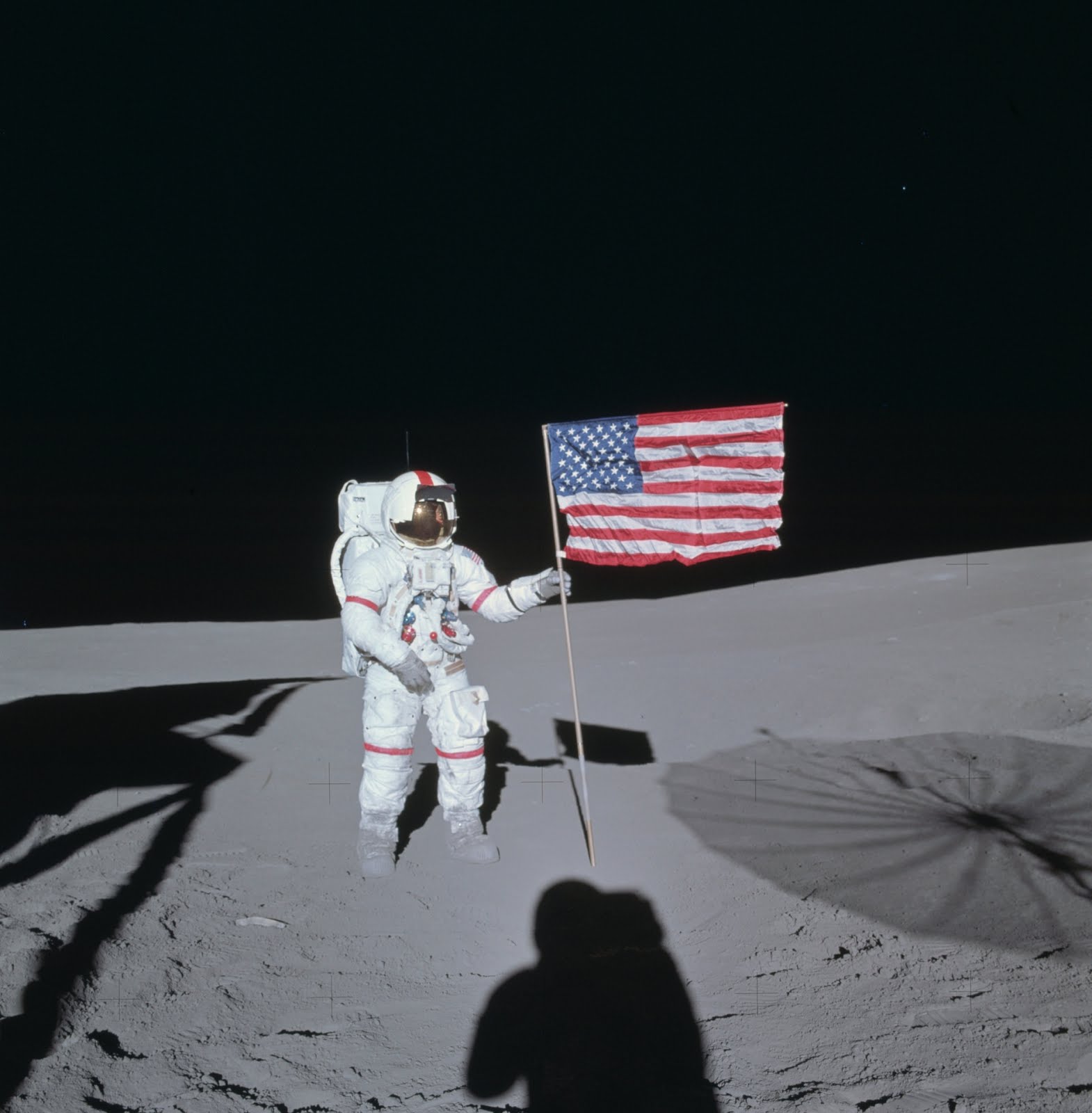 Number of photographs taken: 1,338, of which 417 on the Moon. Color TV broadcasts were made and color movie footage was shot.

Notes: At the beginning of the trip to the Moon, the docking mechanism failed five times to mate the LM and the CM correctly. The system worked only on the sixth attempt. Had docking failed unrecoverably, the Moon landing would have been canceled.

During descent to the Moon, a false contact sent an incorrect signal to the LM’s computer, bringing the spacecraft close to an automatic abort of the mission. Changes to the onboard software, performed on the fly to avoid this risk, caused a failure of the radar altimeter, which however recovered just in time to achieve landing.

At 47, Shepard set the record for the oldest moonwalker. In addition to their science tasks, Shepard hit some golf balls with a club he assembled by attaching a genuine #6 iron to the handle of the contingency sample tool and Mitchell threw the handle of a tool as if it were a javelin. Roosa carried on board the CM several hundred tree seeds, which were planted after the flight returned to Earth, giving rise to the so-called “Moon trees”.

This was the first mission to use red stripes on the legs, arms and helmet to identify the commander (Apollo 13’s suits already had this feature but were never used). Shepard and Mitchell set the walking distance record from the LM at 1.5 kilometers (about one mile) but were unable to climb to the destination of their second moonwalk, the 300-meter (1,000-ft) wide Cone Crater. Images of the landing site taken in 2009 revealed that after traveling approximately 400,000 kilometers (250,000 miles) the two astronauts missed Cone Crater by just 30 meters (about 90 feet).