8.18 How could the astronauts still send TV to Earth when their directional antenna wobbled?

IN A NUTSHELL: Because the antenna had ample pointing tolerances and its signal still reached Earth even if this pointing shifted a little. Incredibly sensitive giant antennas on Earth were ready to pick up even a slightly attenuated signal.


THE DETAILS: During the Apollo moonwalks that used the Lunar Rover electric car, communications between the astronauts and the Earth and TV transmissions from the Moon were sent through the car’s transmitter. The Rover was equipped with a parabolic antenna which had to be pointed precisely toward the Earth. 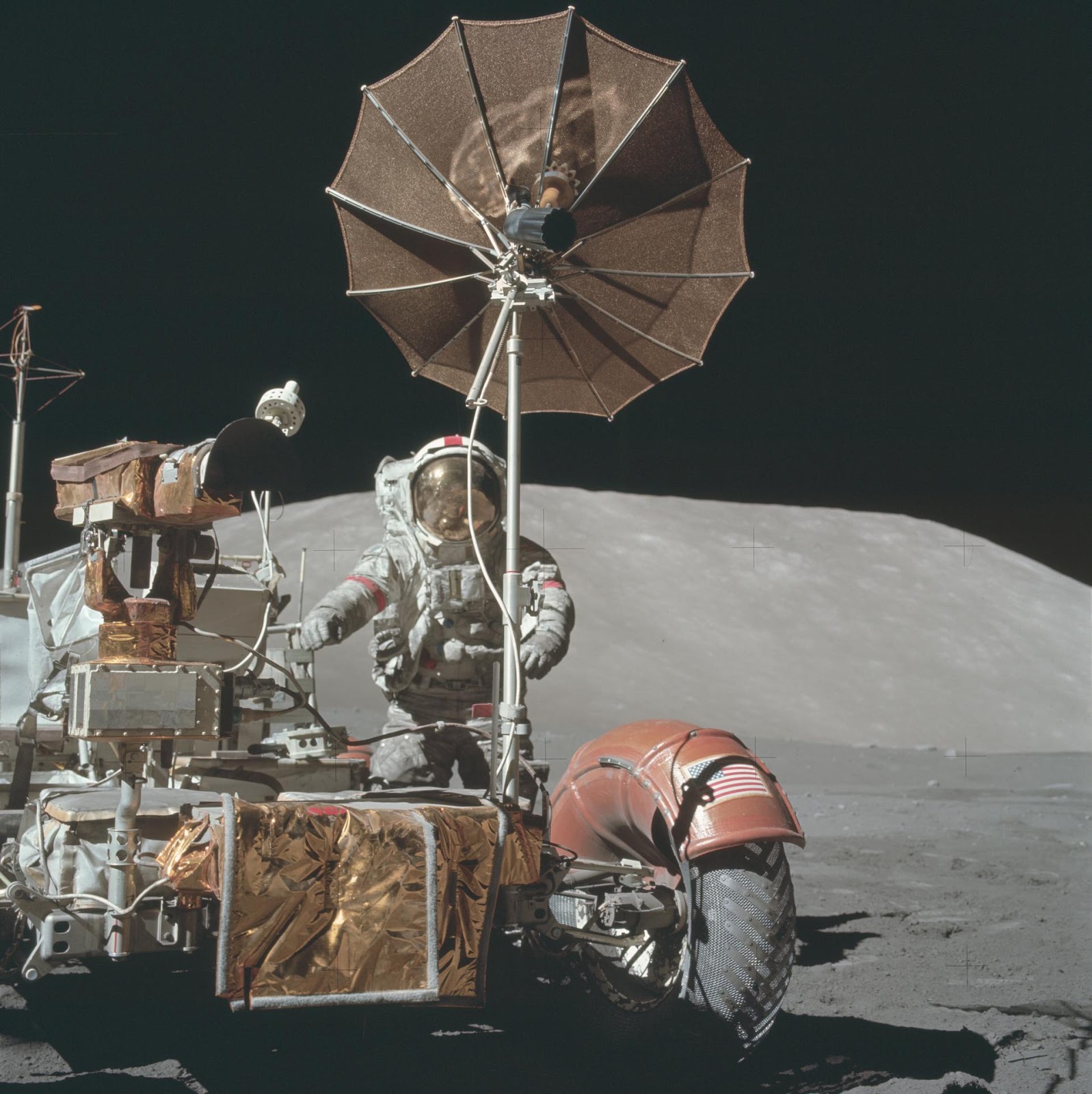 
According to some Italian conspiracy theorists (Luogocomune.net; Giuseppenardoianni.it), this configuration should have caused interruptions of the signal when the parked car wobbled because it was touched by the astronauts and therefore was no longer exactly pointed at the Earth. However, they say, the recordings of the TV broadcasts don’t show any such signal breaks.


Actually, the NASA manuals referenced by these theorists include a key technical detail which they somehow failed to mention: the antenna could be off-center up to 10° without causing excessive attenuation of the signal.

For example, the Crew Training Manual - Lunar Communications Relay Unit, on page 21, describes the parabolic antenna (known as High Gain Antenna or HGA) by noting that it has a diameter of approximately 92 centimeters (three feet) and a gain (in this context, a indicator of signal strength) equal to 24 dB when centered on Earth, 23.5 dB within 5° and 20.5 dB within 10°. Specifically:

Accordingly, any oscillation of the Rover of up to 10° would have caused an attenuation of the signal but would not have make it miss the Earth completely. The weaker signal would still have been picked up by the giant 64-meter (210-ft) dish antennas on Earth.

Moreover, it’s not true that there are no breaks in the TV transmissions. Researcher Diego Trystero published a video (Figure 8.18-3) which assembles some of the many conspicuous interruptions that occurred during live transmissions from the Moon, often in relation to oscillations of the vehicle.

NEXT: Chapter 9. Other alleged anomalies