9.9 Was astronaut Grissom killed to keep him quiet?

IN A NUTSHELL: No. The accident in which Grissom died actually revealed the problems with the Apollo spacecraft in a tragic way that nobody could ignore.


THE DETAILS: In the 2001 Fox TV program Did We Land on the Moon?, Scott Grissom (Figure 9.9-1), son of astronaut Gus Grissom who died with Ed White and Roger Chaffee in the fire of their Apollo 1 Command Module during a ground test on January 27, 1967, stated that the spacecraft “was intentionally sabotaged”. 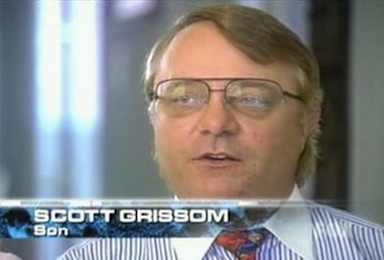 Some Moon hoax proponents claim that Grissom was killed because he was an outspoken critic of the Apollo program and was about to announce that the spacecraft would never be able to get to the Moon.

Scott Grissom’s accusations are not backed by any hard evidence. The Fox TV program says that “the cause of the fire is still a mystery and the capsule remains locked away at a military base”, but this statement is twice incorrect and misleading.

First of all, the specific cause of the fire, i.e., the exact component that triggered it, is not known, but the general causes of the blase are not a mystery at all: seconds before the first report of fire by the crew, telemetry tapes recorded a short-circuit in the spacecraft cabin, which was built with materials that became highly flammable in a high-pressure (1.13 atm, 16.7 psi), pure-oxygen environment such as the one used for the specific test that was being run on that fatal day. In these conditions, the slightest spark, for example due to static electricity or faulty wiring, could trigger a raging blaze, and it did. 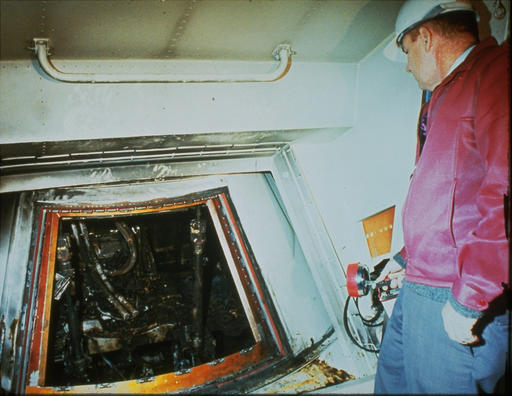 Figure 9.9-2. The Apollo 1 hatch opening shows the charred interior of the spacecraft.

The crew was trapped in the spacecraft by the complicated double hatch, which opened inward and therefore was pressed shut by the sudden internal pressure build-up caused by the heat. Grissom, White and Chaffee died within seconds due to inhalation of toxic gases from the fire.

The tragedy forced NASA and its contractors to review all their procedures and rethink the redesign of all the Apollo spacecraft that was already in progress, focusing on the need to minimize the risk of fire.

In the course of twenty-one frantic months, all flammable materials were replaced by self-extinguishing ones, the nylon spacesuits were replaced with fire- and heat-resistant models, a hatch that could open outward in less than ten seconds was introduced and the onboard atmosphere was changed to 60% oxygen and 40% nitrogen at sea level pressure during liftoff and 0.3 atm (5 psi) of pure oxygen for the remainder of the flight. Apollo 7 was the first flight to introduce these fixes. 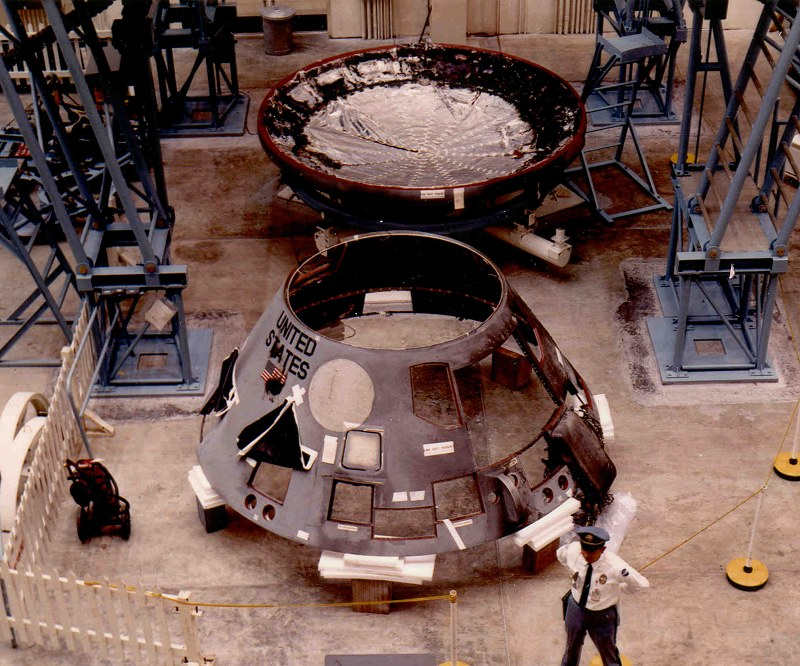 Figure 9.9-3. Part of the remains of the Apollo 1 spacecraft. Source: Chariots for Apollo.

Secondly, the Apollo 1 capsule is not “locked away at a military base”, as if to suggest some secret that has to be kept under wraps: records show that at the end of the inquiry into the accident the capsule was taken to NASA’s Langley Research Center in Hampton, Virginia, where it remained until 2007. After that date it was placed in an environmentally controlled warehouse at the same center, which is not a military base (NASA is a civilian agency), although there is a military facility nearby.

On 27 January 2017, exactly fifty years after the fatal fire, a memorial display was opened to the public at the Kennedy Space Center Visitor Complex. This display describes the Apollo 1 disaster and the lives of its three astronauts and includes the original hatch of the spacecraft. 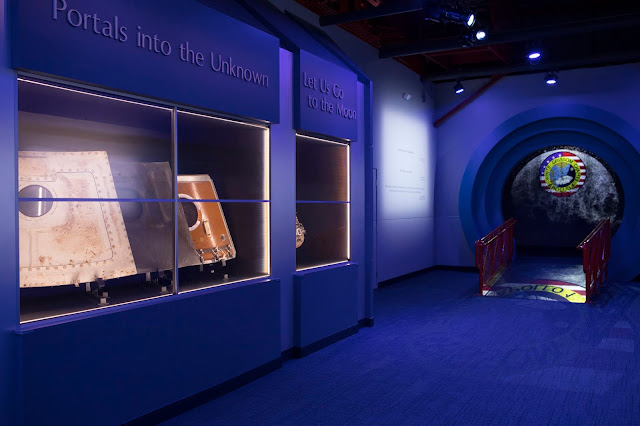 The mystery, in other words, is entirely fabricated by Fox TV’s sensationalist scriptwriters.

Moreover, the alleged motive makes no sense also because Grissom was far from being a lonely voice in the desert as regards the flaws of the Apollo spacecraft. Indeed, a major redesign of the spacecraft was already in progress and NASA’s post-accident report stated openly that “deficiencies in design, manufacture, installation, rework and quality control existed in the electrical wiring... No design features for fire protection were incorporated... Non-certified equipment items were installed in the Command Module at time of test.”*


* Report of Apollo 204 Review Board – Findings, Determinations and Recommendations (1967).