8.10 Isn’t it impossible to cool an astronaut in a vacuum?

IN A NUTSHELL: No, it isn’t: if it were, then present-day spacewalks would be impossible too. You just have to transfer the astronaut’s heat to the water reserve in their backpack and then discard the heated water. Exposing the water to the vacuum of space freezes it, removing even more heat from the astronaut’s suit.


THE DETAILS: People who are not familiar with spacesuit technology are sometimes puzzled by the idea of maintaining a comfortable temperature inside a thick, bulky insulating suit that is in the vacuum of space and goes from being exposed to full sunlight to being in total shadow, with consequent extreme temperature variations. A vacuum would seem to be an almost perfect insulation into which it might appear impossible to dump excess heat. It obviously rules out the use of a compressor like those used in air-conditioning units.

Yet Russian and American astronauts have been performing spacewalks since the 1960s and have since been joined by astronauts of many other countries, so clearly there must be a technology that allows to keep an astronaut cool in a vacuum, otherwise one would have to claim that every spacewalk ever made was faked (and still is, since spacewalks are routine events on the International Space Station).

Many of these spacewalks didn’t rely on umbilicals (long hoses that supplied air, power and temperature control to the suit) but used self-contained equipment located in the spacesuit backpack, so they were (and still are) very similar to the Apollo moonwalks.

If cooling an astronaut in a vacuum were really impossible, then this famous photograph would be impossible too (Figure 8.10-1). It shows US astronaut Bruce McCandless in space, completely untethered and disconnected from any cable or umbilical. 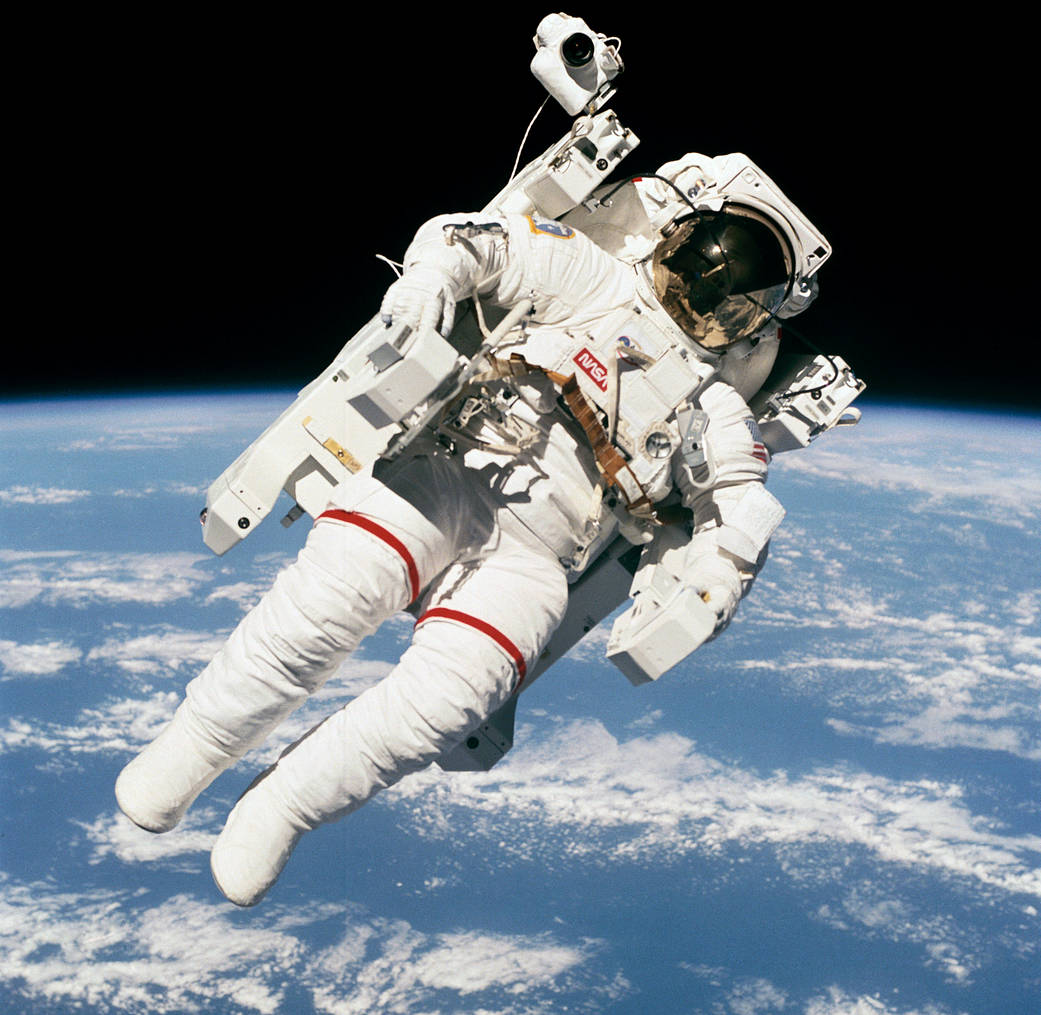 Figure 8.10-1. Bruce McCandless performs the first fully untethered spacewalk while orbiting around the Earth in 1984 during Shuttle mission STS-41-B (NASA).


The photo shown in Figure 8.10-2 would likewise be impossible: it shows Italian astronaut Luca Parmitano outside the International Space Station, retained only by a bracket that secures him by his feet to the Station’s robot arm. 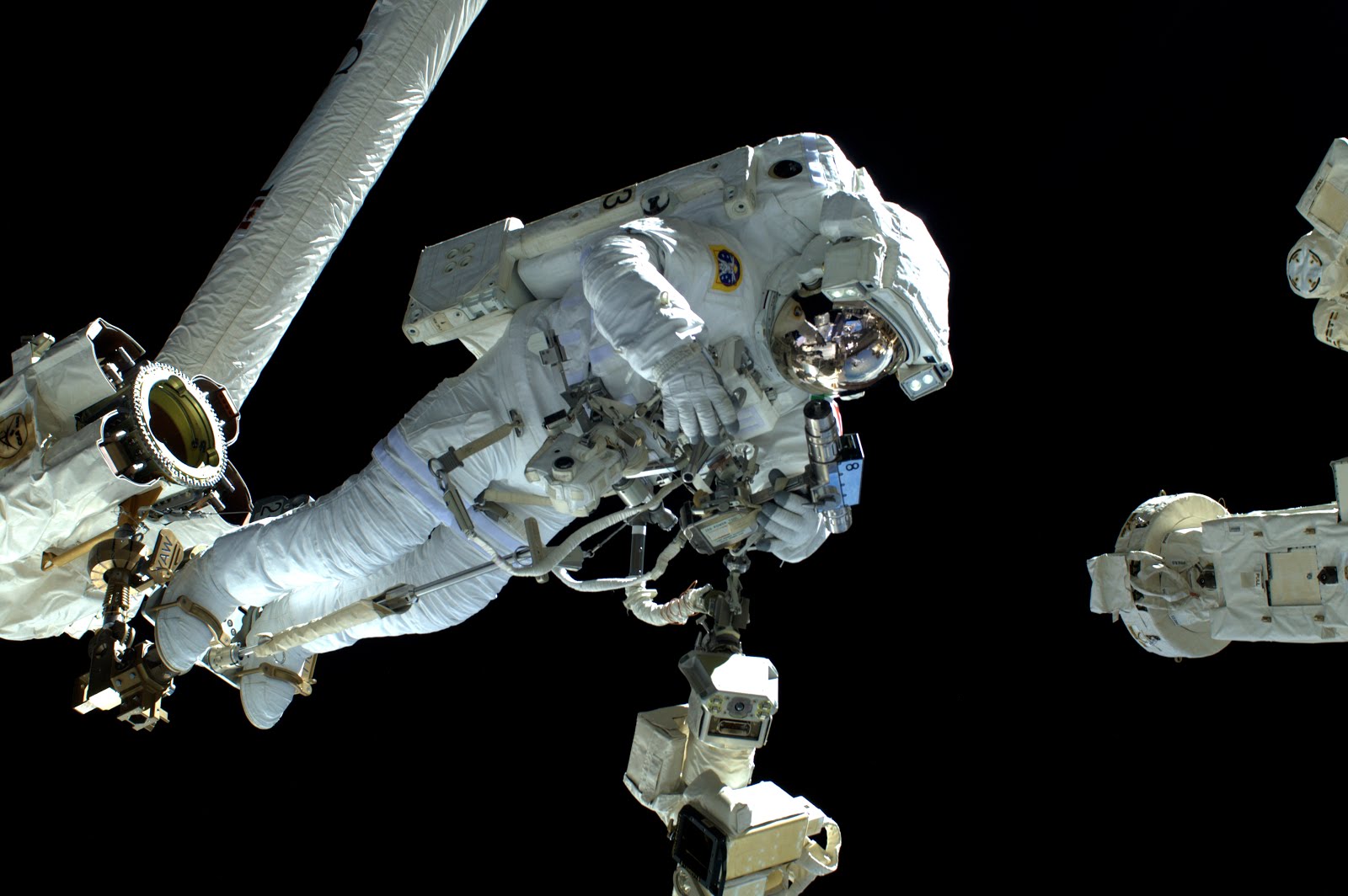 
Any doubters can simply read the technical literature (for example the book US Spacesuits by Kenneth S. Thomas and Harold J. McMann and Russian Spacesuits by Isaak P. Abramov and A. Ingemar Skoog) and realize that the necessary technology does indeed exist and was already available at the time of the Apollo flights, as described in the section entitled PLSS (Portable Life Support System) of the Apollo Lunar Surface Journal.

During lunar excursions, the heat generated by the astronaut’s body was captured by a tight-fitting undergarment, known as Liquid Cooling Garment, in which water was circulated inside a web of fine tubing. This method is still used today for modern spacesuits and in some suits for racing car drivers and mechanics.*


* This kind of undergarment was first used commercially in 1964 by NASCAR driver Paul Goldsmith. It enabled him to stay cool despite track temperatures of 54° C (130°F), as reported by U. S. Spacesuits, by Kenneth S. Thomas and Harold J. McMann on page 122.


The heated water then entered a heat exchanger, located inside the suit’s backpack (Figure 8.10-3), where it released its heat to a water reserve of approximately four liters (8.5 pounds), which was increased to 5.2 liters (11.5 pounds) in later moonwalks. 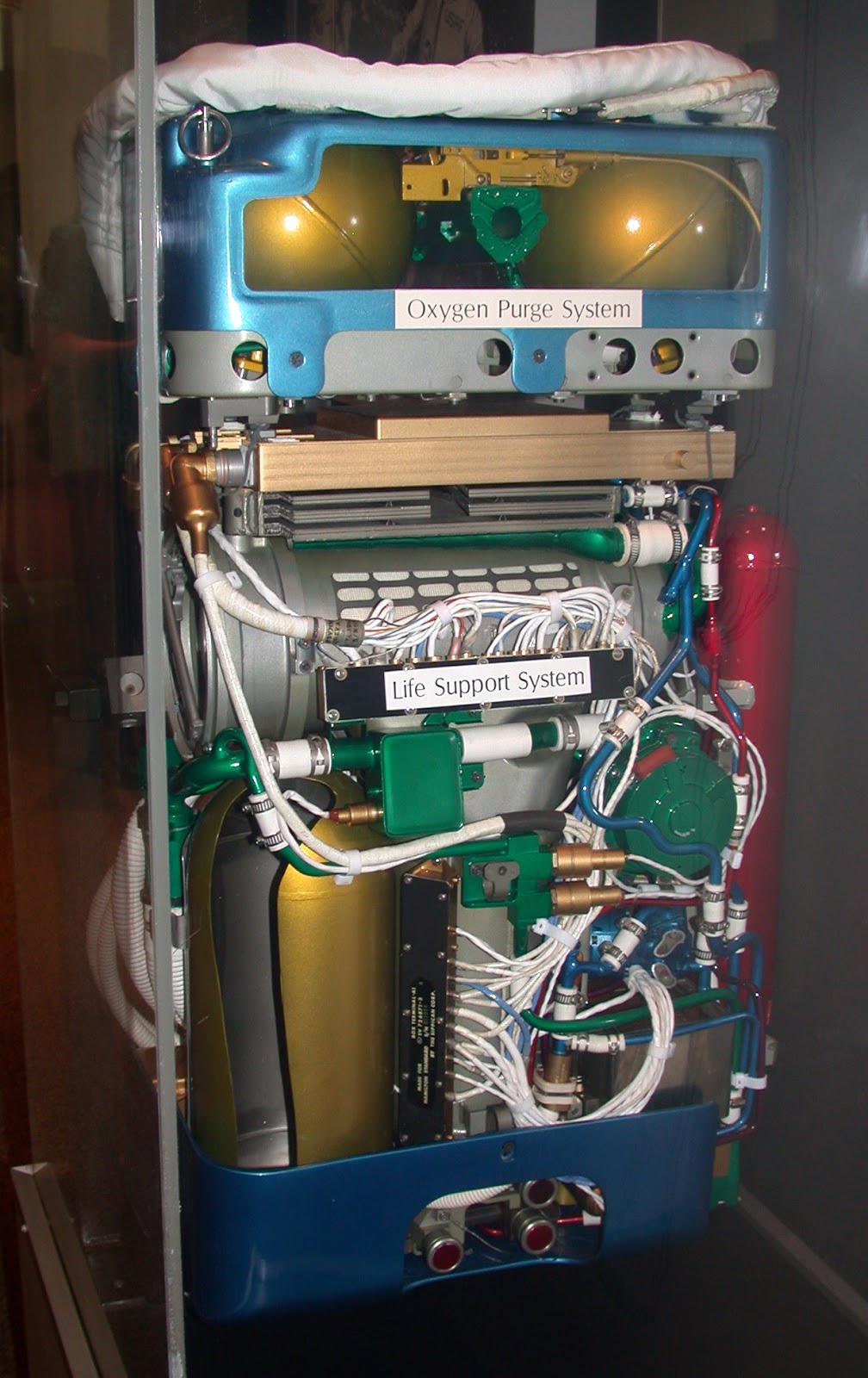 Figure 8.10-3. The inside of an Apollo spacesuit backpack or PLSS, seen from the rear. Credit: Ulli Lotzmann/NASM. 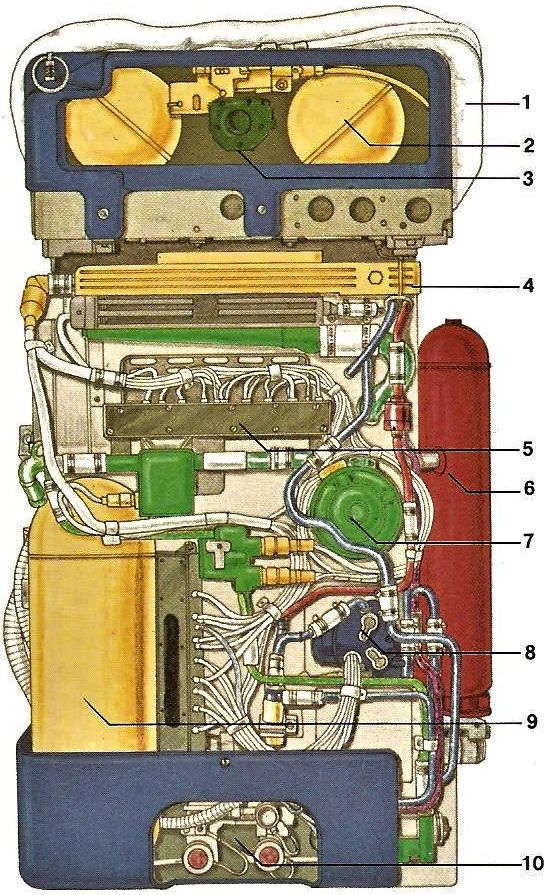 
This water then reached a sublimator, where it was slowly and gradually exposed to the vacuum of space. The consequent pressure drop, in accordance with the laws of physics, made its temperature fall: the water would freeze on the outer surface of the sublimator and turn directly from ice to water vapor, which was discharged through an appropriately provided duct.

This system allowed to dissipate up to 2,000 BTU/hour (approximately 580 W): enough to air-condition a small room and therefore more than adequate for cooling the inside of an astronaut’s suit, so much that John Young, for example, remarked that even the intermediate setting made him feel freezing cold if he wasn’t exerting himself.

NEXT: 8.11 How come there’s no blast crater under the LM’s engine?