IN A NUTSHELL: Because big enough meteoroids are actually incredibly rare. The spacesuits and spacecraft had protective layers designed to absorb the impact of the minute specks that constitute the vast majority of meteoroids. There is no protection against larger meteoroids other than the very low probability of being struck, but this is an acceptable risk, as demonstrated by the fact that satellites, space probes, crewed spacecraft and the International Space Station don’t get riddled by meteoroids.


THE DETAILS: The Moon is pock-marked with craters produced by the constant crashing of meteoroids: rocky or metallic masses of all sizes that travel through space at speeds up to 80,000 kilometers per hour (about 50,000 mph).

Looking at the Moon, it’s understandable that someone might wonder how the moonwalkers could have possibly coped with this constant lethal danger. The answer is actually quite simple: they relied on probability.

Meteoroid showers aren’t as frequent and dense as often depicted in Hollywood sci-fi productions. If they were, our fleets of satellites that provide us with weather data, TV programs and telephone calls would be destroyed all the time and the International Space Station would be Swiss cheese after over a decade in space. Several automatic probes have been traveling through deep space for three decades or more and have survived essentially unscathed.

Figure 8.8-1 shows a hole, produced by a meteoroid or by spacecraft debris, in the large solar panels of the Space Station. It’s one of the very few impact holes detected in this orbiting outpost, despite the fact that when the picture was taken, in 2013, it had been in space for 14 years: according to NASA estimates, the hole measures about 6 millimeters (a quarter of an inch) in diameter and is probably due to a high-speed impact with an object measuring 1 to 2 mm (.04 to .08 inches) in diameter. Objects of this size are expected to hit somewhere in the large surface area of the Station roughly once every six months. Impacts with larger objects are even rarer.

Moreover, the Station orbits in a region of space close to Earth where there is artificial debris generated by many decades of satellite launches in addition to natural meteoroids. In deep space and around the Moon there is no such debris. 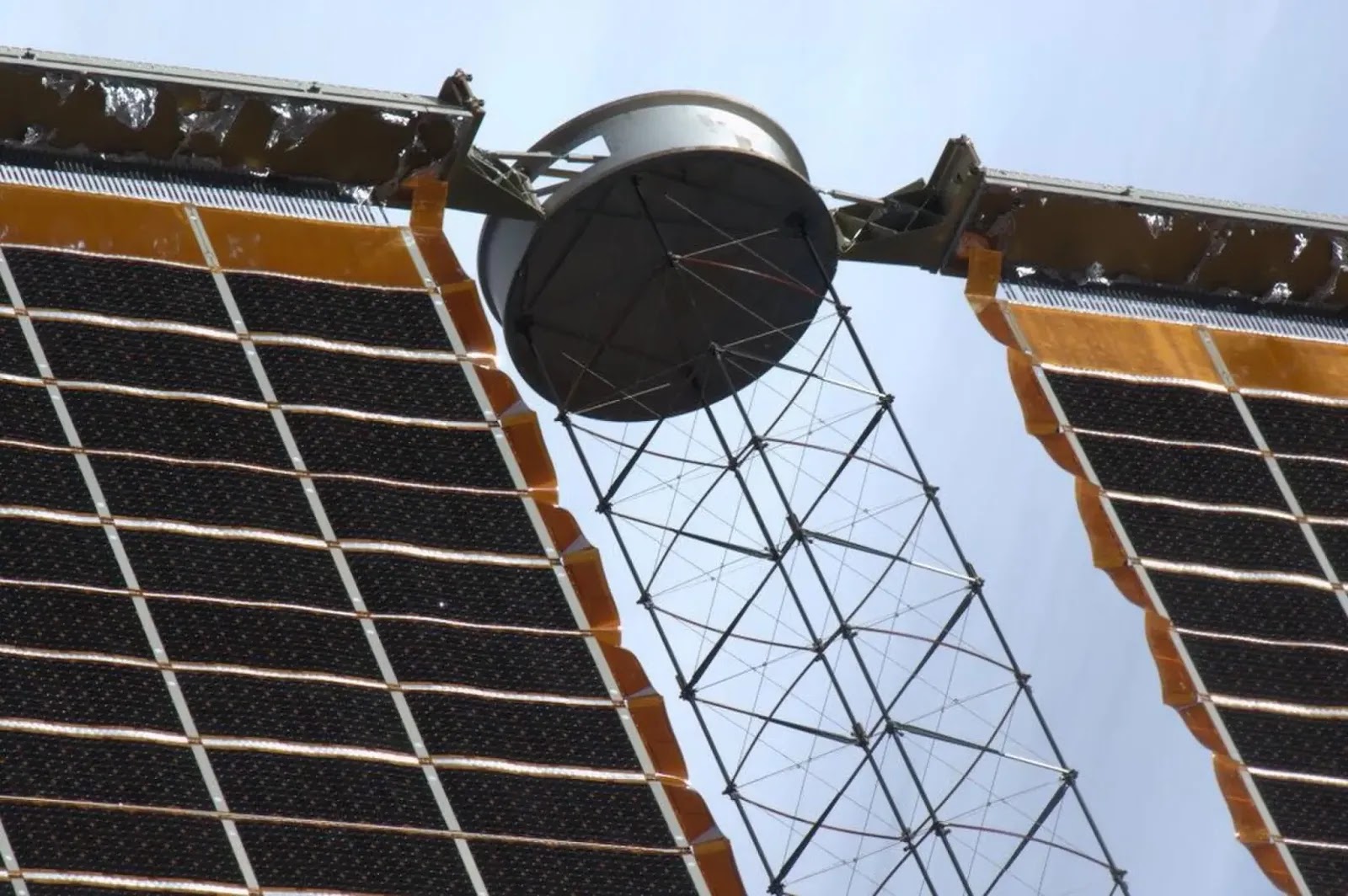 Figure 8.8-1. The tiny white dot is a rare impact hole in the large solar panels of the International Space Station. Credit: Chris Hadfield, 2013.

In addition, most meteoroids are literally microscopic in size. They have an enormous speed, but an almost negligible mass, so if a micrometeoroid strikes an astronaut it is stopped by the spacesuit’s outer layers, which are designed for this purpose. The space suits used by the Apollo moonwalkers and the ones used today for work in space have essentially the same type of multilayer protection against micrometeoroids. That’s one of the reasons why they’re so bulky.

Non-microscopic meteoroids are quite rare. While the Moon’s cratered surface might appear to suggest otherwise, one must bear in mind that those craters are the result of millions of years of exposure.

Accordingly, Apollo astronauts and all lunar spacecraft (including the Russian Lunokhod rovers) had a vanishingly small chance of being struck by a significant space pebble. The same applies to the more recent Chinese Chang’e and Yutu vehicles.

NEXT: 8.9 How could the astronauts have changed film magazines outside on the Moon?