8.17 How come the pressurized spacesuits don’t look like they’re inflated?

IN A NUTSHELL: Because they had an inner pressure containment layer, just like present-day spacesuits, and the outer layer wasn’t pressurized.


THE DETAILS: Some Moon hoax proponents wonder how astronauts could flex their fingers inside the bulky gloves of their spacesuits and more generally how they could move at all, since the suits, if pressurized as NASA claims, would have inflated like balloons in the vacuum of space and would have become impossibly rigid. Yet Apollo photographs show astronauts on the Moon moving around quite comfortably, with suits that show no sign of ballooning and are actually flexible and surprisingly creased and saggy.

This objection can be dismissed simply by considering that the American, Russian and Chinese spacesuits currently worn today by astronauts during spacewalks on the International Space Station and in Chinese spaceflights are quite obviously flexible and don’t balloon, and neither did the suits used in Skylab or Shuttle flights or by cosmonauts aboard Soyuz spacecraft or the Mir space station, so there must be a way to solve these allegedly unsurmountable problems. That way is essentially the same one introduced by Russian and American spacesuits of the 1960s.

The issue is probably based on limited knowledge of the actual structure of Apollo spacesuits. Each suit was in fact composed of two suits, worn one inside the other: a pressurized inner suit (shown in blue in Figure 8.17-1), rarely seen on its own, and an unpressurized outer one (shown in white in the same figure), which is the one visible in all the Apollo moonwalk photos. 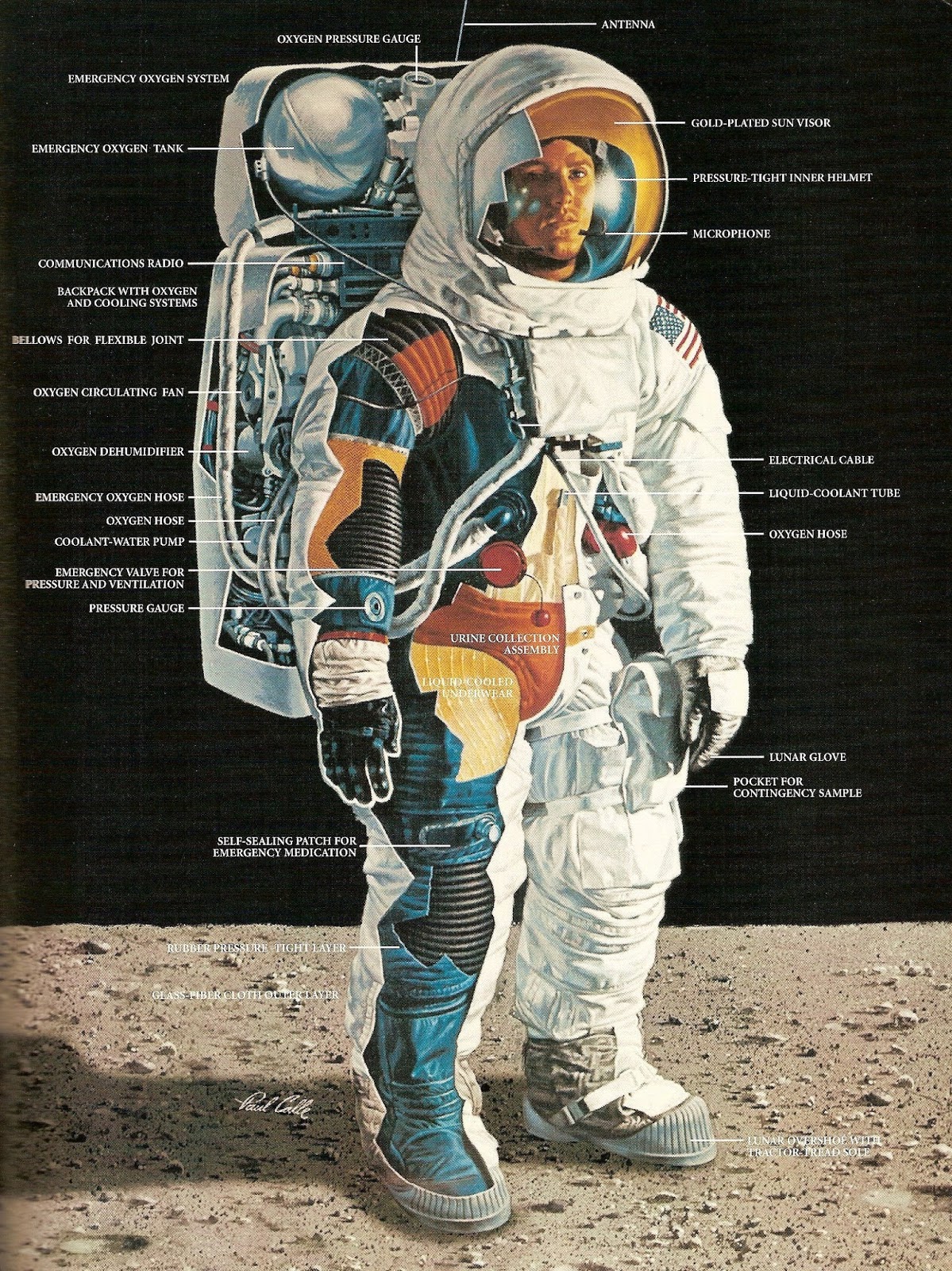 
The inner suit, known as Pressure Garment, was the airtight part of the suit that enclosed the astronaut’s body. It was pressurized to approximately one third of sea-level pressure; this helped to reduce the suit’s tendency to balloon and stiffen. It was mostly made of neoprene in which a non-elastic containment layer of mesh was embedded.

In other words, the inner suit could only expand until this mesh was taut. If you can imagine a balloon placed inside a bag of netting, or if you look at a garden hose, you have a good example of a pressure containment layer.

The fingers, shoulders, knees and elbows of the suit had accordion-like joints that allowed flexing without ballooning (Figures 8.17-2 to 8.17-5). 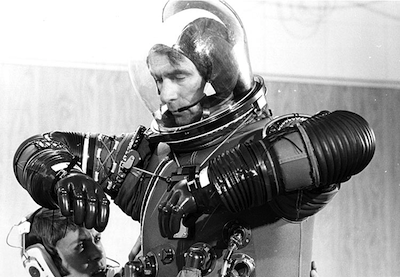 Figure 8.17-2. Gene Cernan checks the fit of the airtight inner layer of the Apollo spacesuit, known as Pressure Garment. Note the accordion-like joints at the elbows and fingers. NASA photo AP17-72-H-253. 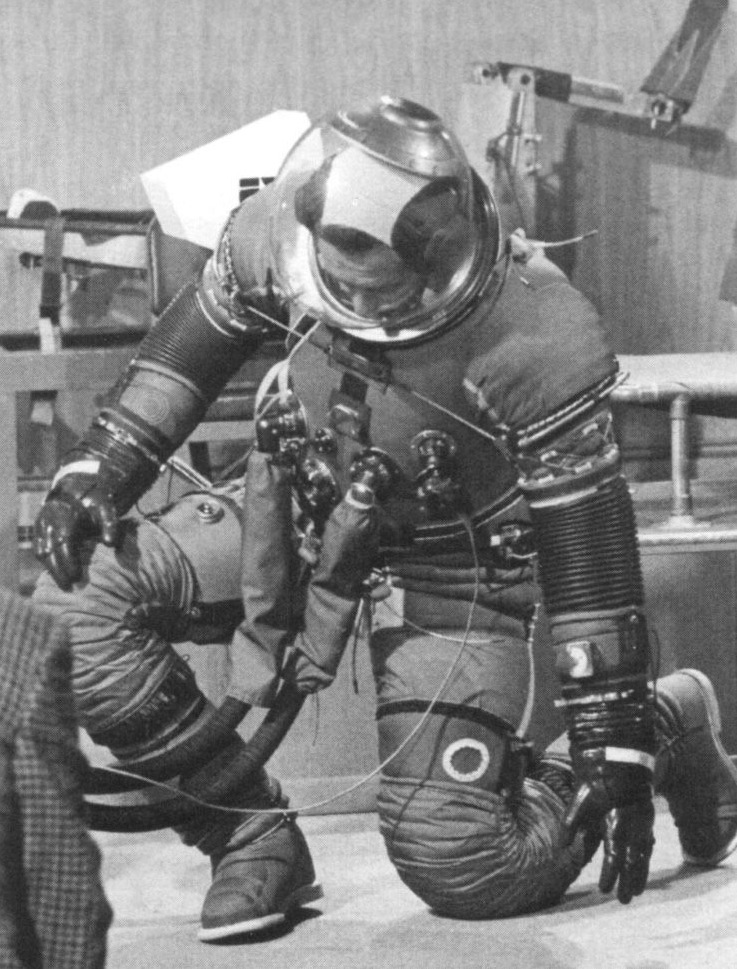 Figure 8.17-4. A color photograph of the Apollo Pressure Garment. 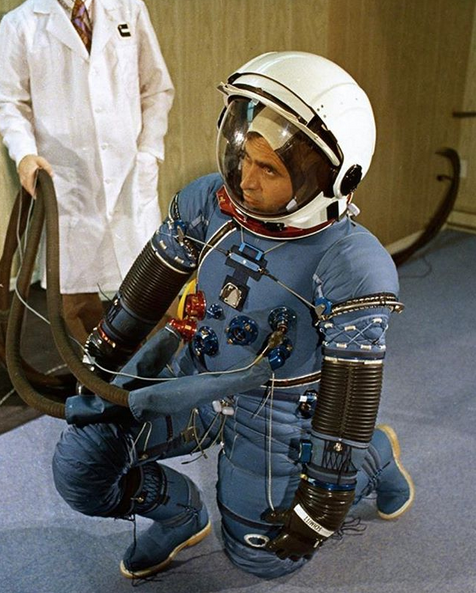 
The outer layer, shown in Figure 8.17-6, was made of fireproof, abrasion-resistant materials and was designed to provide thermal insulation and protection against micrometeoroids, microscopic specks of dust that travel through space at enormous speeds and strike the astronauts on the lunar surface like minute bullets, which are stopped by the multiple layers of the outer suit. 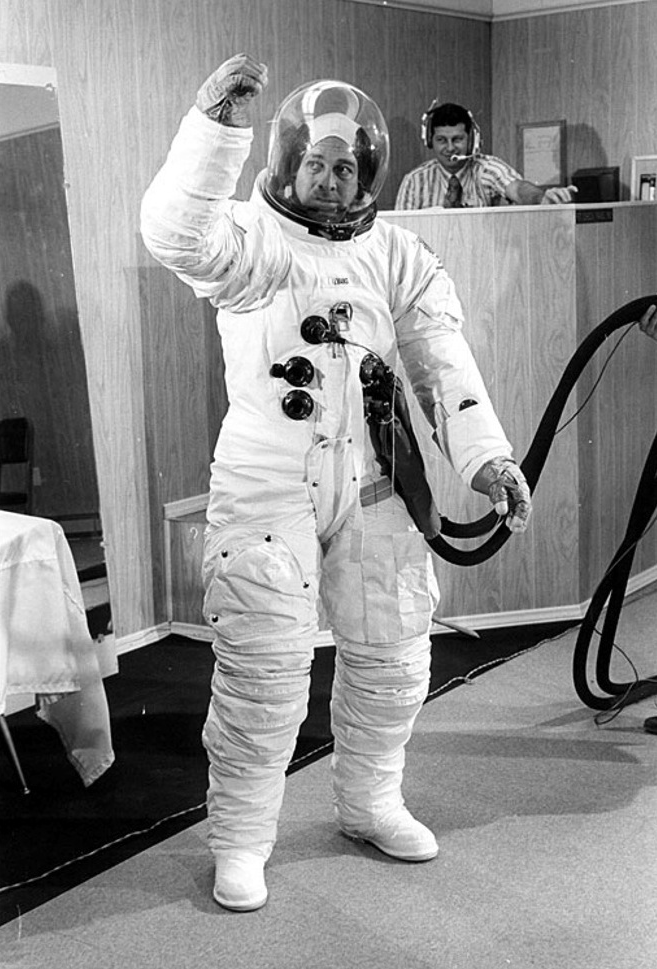 Figure 8.17-6. Ron Evans (Apollo 17) checks the maximum upward reach of his arm while wearing both the inner Pressure Garment and the white outer protective suit.


In summary, the Apollo spacesuits don’t look like they’re pressurized simply because what we normally see is their outer layer, which indeed wasn’t pressurized.

NEXT: 8.18 How could the astronauts still send TV to Earth when their directional antenna wobbled?
‹
›
Home
View web version