7.9 How could Apollo get to the Moon, if it didn’t reach escape velocity?

IN A NUTSHELL: Because it didn’t need to. Getting to the Moon doesn’t require escape velocity: a spacecraft only has to achieve a speed that produces a highly elongated orbit around the Earth that reaches a maximum altitude equal to the distance of the Moon, without ever escaping from the Earth’s pull.


THE DETAILS: This pro-conspiracy argument is a fine example of the misuse of science jargon and factual data to give an impression of competence and knowledge.

Its premise is formally correct:

So, the argument goes, how could the Apollo spacecraft escape Earth and reach the Moon?

The answer to this apparent contradiction is that escape velocity is required only if the spacecraft seeks to escape Earth’s attraction permanently. Anything traveling at this velocity will never fall back to Earth and will continue to climb away from it indefinitely without requiring any additional thrust (more specifically, it will escape from Earth’s gravity field yet will still be in the grip of the Sun’s gravitational attraction).

However, the Apollo lunar flights had no need to achieve this result. On the contrary, the astronauts were really keen to return home. So NASA used a different solution.

A spacecraft doesn’t actually need to reach escape velocity to get to the Moon. It just has to achieve a speed that produces an elliptical orbit around the Earth that stretches out to the distance of the Moon and is timed so that the Moon is at the opposite end of the ellipse when the spacecraft gets there. So the Apollo flights didn’t have to reach escape velocity to land on the Moon or fly around it.

Actually, staying below escape velocity is a safety bonus, because it allows to use a so-called free return trajectory (Figure 7.9-1): the spacecraft will fall back to Earth spontaneously, without requiring additional maneuvers or thrust from its rocket motors. 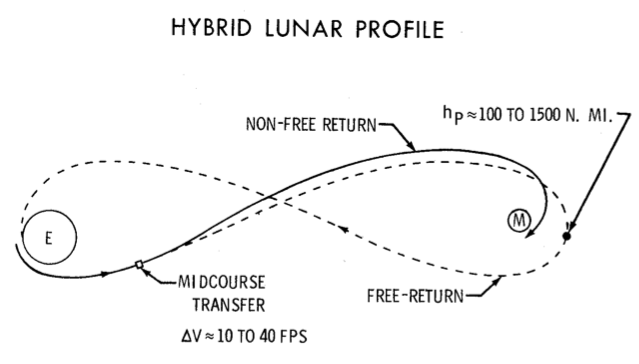 Figure 7.9-1. The main trajectories used by the Apollo missions. From the Apollo 11 Press Kit.

NEXT: 7.10 Do Russian calculations show that the Saturn V wasn’t powerful enough?