7.6 Why don’t we just point a telescope at the landing sites?

IN A NUTSHELL: Because even the most powerful telescopes currently available on Earth can’t see such small features so far away. Telescopes are designed to see objects that are enormously distant but also enormously large, like stars or galaxies, not Lunar Modules. Trigonometry and the laws of optics dictate that seeing any detail of the vehicles and equipment left at the Apollo landing sites from Earth would require a telescope with a mirror at least 45 meters (150 feet) in diameter. No current ground-based telescope comes even close.


THE DETAILS: The resolution of a telescope, i.e., the detail that it can see at a given distance, is determined by the laws of optics, specifically by a formula known as Dawes’ limit, and depends essentially on the diameter of the main lens or mirror. The bigger the diameter, the higher the resolution. Adding a lens to magnify the image acquired by this main telescope component will not yield more detail – only more blur.

The largest objects left on the Moon by the Apollo astronauts are the descent stages of the lunar modules, which measure approximately 9 meters (30 feet) across diagonally opposite footpads. A little trigonometry shows that at the minimum Earth-Moon distance, which is about 355,000 kilometers (220,600 miles), seeing a descent stage is equivalent to seeing a US one-cent coin from 740 kilometers (460 miles) away.

No current earthbound telescope can do that; not even the Hubble Space Telescope (Figure 7.6-1), which at the distance of the Moon can resolve nothing smaller than about 80 meters (262 feet). 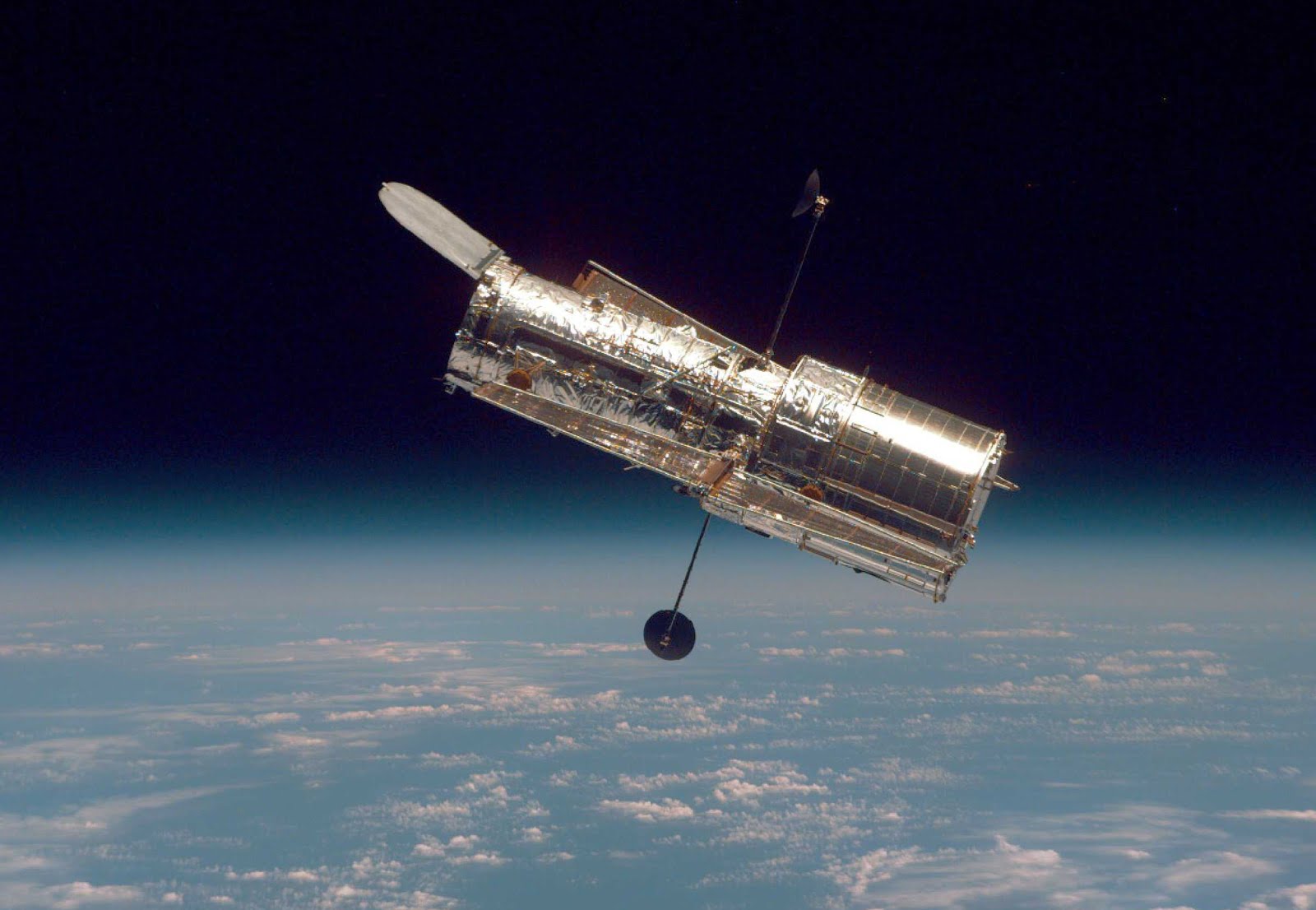 Figure 7.6-1. The Hubble Space Telescope, photographed from space in 1997 during mission STS-82 of the Shuttle Discovery, has a primary mirror with a diameter of 2.4 meters (7 feet 10.5 inches). Source: NASA.


That’s an apparently counterintuitive fact. After all, telescopes can see incredibly distant galaxies, so why can’t they get a good picture of a 9-meter (30-foot) object on the Moon, which is in our back yard, astronomically speaking?

The reason is that galaxies are enormous, while the Apollo objects on the Moon are tiny, and their closeness doesn’t compensate for the massive difference in size.

For example, the Andromeda galaxy is two million light years (19 million million million kilometers or 12 million million million miles) from Earth, yet it’s bigger than the full Moon in our night sky; it’s hard to see with the naked eye because it’s very faint. That’s why large astronomical telescopes are designed more to collect light from these remote objects than to magnify them.

Dawes’ limit* dictates that even in ideal conditions, seeing the Apollo Lunar Module descent stages on the Moon from Earth as nothing more than a bright dot would require a telescope with a primary lens or mirror at least 45 meters (150 feet) wide. Resolving any details of the spacecraft would require even more colossal telescopes.


* The resolution (or resolving power) of a telescope, in arcseconds, is 11.6 / diameter of the main lens in centimeters (or 4.56 / diameter of the main lens in inches). This formula does not take into account the performance penalty entailed by Earth’s atmosphere. The angular diameter of an object, expressed in arcseconds, is calculated by means of the formula (object size / distance) x 206,265. The base of the Lunar Modules on the Moon, seen from Earth, has an angular diameter of 0.0052 arcseconds. The Hubble Space Telescope has a resolution of 0.05 arcseconds.


The largest single-mirror telescopes on Earth are currently just over ten meters (33 feet) in diameter. Even the future record holder, the aptly-named Extremely Large Telescope, which is scheduled for completion in 2024, will be inadequate, because its composite primary mirror will only span 39 meters (130 feet).

Moreover, even if a sufficiently colossal telescope were built, its very size would lead to another problem: it would gather so much light that it would be dazzled.

In theory, such a hypothetical telescope could be used during a new Moon, when the Earth-facing side of the Moon is in darkness except for earthshine, i.e., the sunlight that reflects off the daylit portion of the Earth. However, the difference in brightness between the lunar surface and the Lunar Module would be minimal and there would be no significant shadow to provide depth and detail. Any images would be barely intelligible.

Another approach might be a technique known as interferometry, which allows astronomers to pair two telescopes to obtain a sort of “virtual” instrument that has a resolution equal to a single telescope with a primary mirror as large as the distance between the two paired telescopes. The Very Large Telescope in Chile, one of the best-equipped observatories for this kind of science, in ideal conditions could achieve a resolution of 0.002 arcseconds: enough to show a LM on the Moon as a handful of pixels (dots forming a digital image). That sounds promising, but there’s a catch.

Interferometry doesn’t produce directly viewable images, but only interference patterns, which require computer processing to extract meaningful information. This means that there’s no way to put a Moon hoax theorist in front of a massive telescope and tell him or her to peer into the eyepiece to see the Apollo landing sites in any significant detail.

In other words, we don’t just point a giant telescope at the Moon because it would be useless.

However, it is quite possible to take a telescope closer to the Moon, point it at the Apollo landing sites and view them with enough detail to make out the Apollo spacecraft. This is what several space probes of various countries have done, as detailed in Section 7.7.

NEXT: 7.7 How come nobody sends probes to take pictures of the landing sites?