IN A NUTSHELL: No. The Apollo spacecraft’s computer technology was certainly primitive compared to today’s, but it was still adequate, also thanks to the presence of three very powerful additional “computers”: the astronauts, who were all trained to control the spacecraft and calculate trajectories, orbits and rendezvous by hand if necessary. Moreover, most of the computing power wasn’t on board: it was in NASA’s much larger computers on Earth.


THE DETAILS: Moon hoax theorists often point to the fact that a modern cellphone has more computing power and memory than the onboard computer of the Apollo spacecraft and argue, therefore, that it’s unthinkable that anyone could have flown to the Moon with such limited equipment.

But first of all, the Saturn-Apollo spacecraft had five main onboard computers, not one:


It’s true that the onboard computing power of the Apollo spacecraft was puny compared to today’s standards. For example, each one of the AGCs, designed by MIT’s Instrumentation Laboratory under the supervision of Charles Draper, had the following specifications:

Moreover, the onboard computers could focus all their power on a small set of core tasks and didn’t have to waste power on fancy graphical interfaces or other embellishments, so they were adequate for the tasks they had to perform.

The onboard systems also had the backup of Mission Control’s massive Real-Time Computer Complex in Houston, Texas, based on five IBM System/360 Model 75J mainframe computers, which handled most of the calculations (Figure 7.3-1). 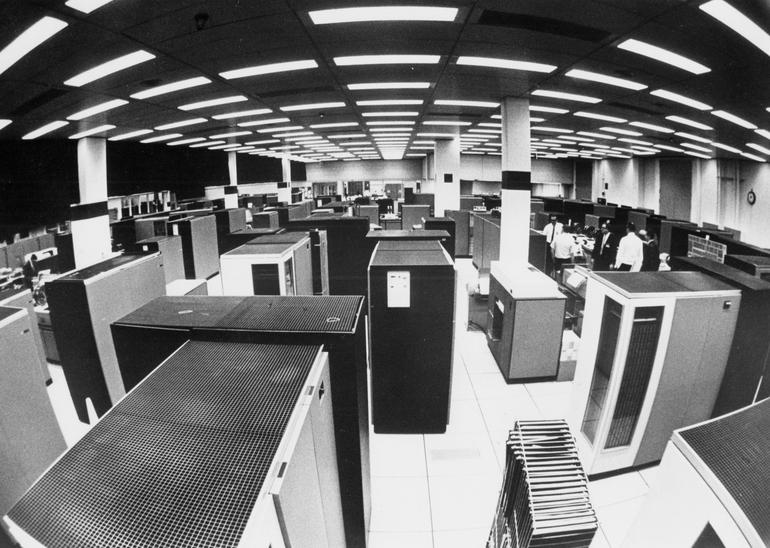 
Most of all, the Apollo spacecraft carried three astronauts, highly trained to control all the spacecraft’s systems, to calculate trajectories, rendezvous and orbits using slide rules and precomputed charts, and to navigate using the stars. They acted, in a way, as additional computers, making up for the limitations of the automatic systems available at the time: consider, for example, the manual override decided on the spot by Neil Armstrong during Apollo 11 to avoid landing in an unexpected boulder field that the onboard and ground computers couldn’t detect, or the manual realignment performed by James Lovell during Apollo 13 after the automatic navigation system had been shut down to conserve power after an oxygen tank failure crippled their ship.

In other words, the total available computing power wasn’t as small as is often thought. 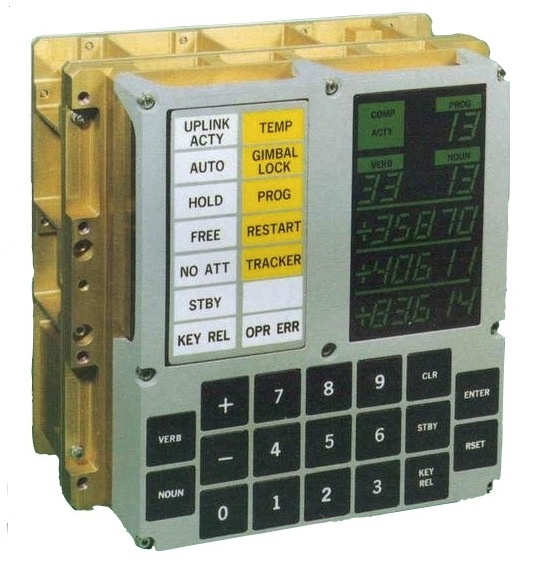 Figure 7.3-2. The display and keyboard (DSKY) of an Apollo Guidance Computer (AGC).


Anyone who wishes to get to know the actual specifications of the Apollo Guidance Computer or has doubts regarding their authenticity can refer to extremely detailed sites such as Virtual AGC (which allow to reconstruct a physical replica or to emulate an AGC on present-day computers) and to books such as The Apollo Guidance Computer: Architecture and Operation by Frank O’Brien (Springer Praxis, 2010).

The original software of this computer was published on Virtual AGC in 2003 and was distributed via Github in July 2016, so anyone can inspect it. Understanding it in detail obviously requires considerable IT skills; anyone who doesn’t have this kind of knowledge can ask a trusted expert to check that the software is real and works.

Faking these computers would have also entailed writing all this software: the size of such a task is clearly shown by Figure 7.3-3, which shows a full printout of the software next to Margaret Hamilton, who was the director of the software engineering at the MIT Instrumentation Laboratory for the Apollo program when she was 33 years old, at a time when all key jobs were assigned to men and discrimination against women was rampant. 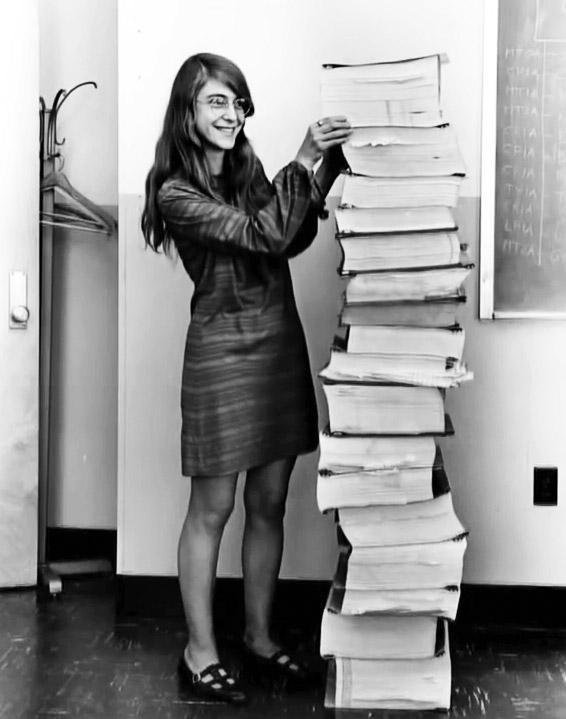 Figure 7.3-3. Margaret Hamilton with a printout of the Apollo AGC software. Credit: NASA.


Together with her team, Hamilton defined the design and testing criteria for the software that ran the onboard computer of the Lunar Module and developed the concepts of asynchronous flight software and priority scheduling which saved the Apollo computers from crashing during overloads such as the ones that occurred during the Apollo 11 descent to the Moon.

In 1986 Hamilton founded Hamilton Technologies, a company specialized in ultra-high-reliability software. As of 2020, she is still the CEO of the company. In 2003 NASA gave Hamilton the Exceptional Space Act Award, which included the largest cash reward ever given to a single person by the agency.

All the work done for Apollo was quickly transferred to everyday technology. The basic concepts of the AGC, for example, were not only included in the design of the Space Shuttle but also laid the foundations for today’s assisted piloting technologies for military aircraft and airliners. The methods developed under Margaret Hamilton’s supervision to go to the Moon spawned an industry which is currently worth approximately 400 billion dollars.

NEXT: 7.4 How is it possible that everything went so smoothly?