7.17 How could a Lunar Module made of tinfoil withstand temperature extremes so well?

IN A NUTSHELL: That “tinfoil” was just its thermal blanket: there was titanium underneath. The LM could stand on the Moon with one side exposed to the sun and the opposite side in shadow without overheating or freezing because it was insulated by that highly efficient multilayer thermal blanket. This might make it seem fragile, but it was actually better protected against temperature variations than the rest of the Apollo spacecraft.


THE DETAILS: During the voyage to and from the Moon, the great thermal differences between the side of the spacecraft that was in full sunlight and the side in shadow required the astronauts to slowly roll the Apollo vehicle about its longitudinal axis to prevent it from overheating on one side and freezing on the other. This was known formally as Passive Thermal Control and less formally as barbecue mode.

The fuel tanks of the sixteen thrusters of the Service Module were in fact located close to the outer skin of the spacecraft and had to remain within very strict temperature and pressure ranges. The Command Module also has a heat shield which, if left to cool in shadow in space for more than thirteen hours, would have cracked and flaked with fatal consequences for the crew upon atmospheric reentry. The slow roll was devised as a solution to regulate the temperatures of these essential components of the Apollo vehicle.

The spacecraft, in other words, was extremely temperature-sensitive. Yet the Lunar Module, when it landed on the Moon, could no longer roll. It kept the same side exposed to the incessant heat of the sun and the opposite side exposed to the cold darkness of shadow for up to three days, without overheating or freezing.

This apparent technical contradiction actually has a very sensible explanation. Differently from the Command and Service Modules, the LM didn’t have to cope with the aerodynamic stresses of the liftoff from Earth (during which it was protected by a streamlined fairing), didn’t have a delicate heat shield to protect, and had no fuel tanks in direct contact with the outside skin. Accordingly, it could be equipped with a more effective thermal control system, which included a thermal blanket made of multiple layers of Mylar and/or Kapton. Spacers formed an insulating gap between the blanket and the pressurized crew compartment. The LM also had a sublimator similar to the one used for the spacesuits.

The apparently fragile, tin foil-like appearance of the LM was produced by this thermal blanket, which concealed the normal underlying metal structure shown in Figures 7.17-1 and 7.17-2 and in the illustrations of Figures 7.17-3 and 7.17-4. 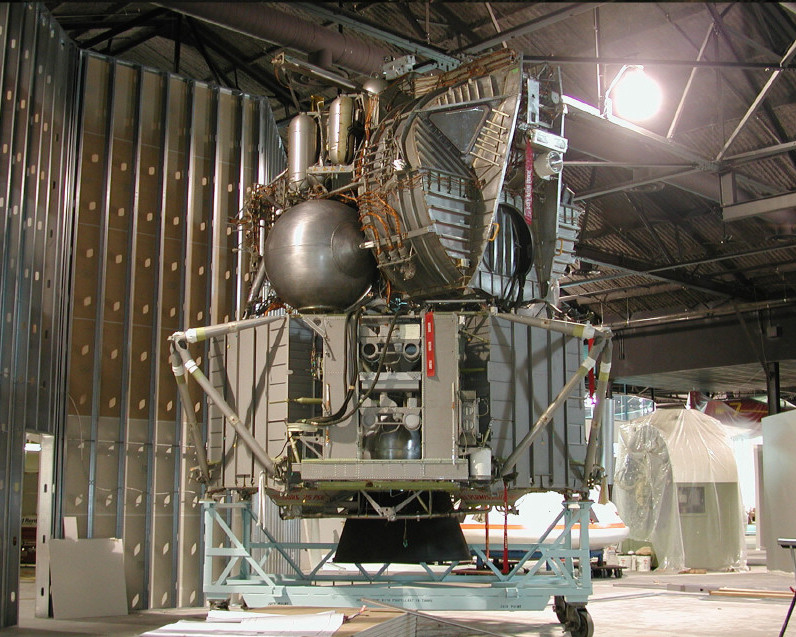 Figure 7.17-1. A prototype of the Lunar Module, preserved at the Smithsonian National Air and Space Museum, reveals the metallic structure under the thermal protection covering. Credit: NASM. 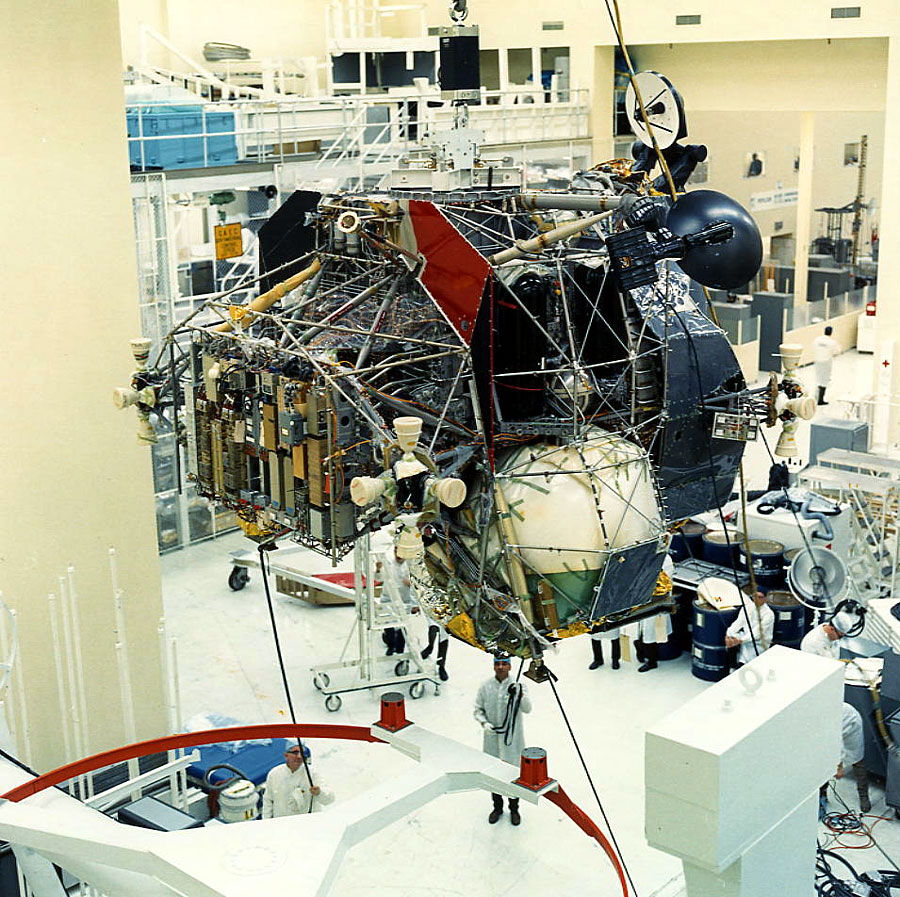 Figure 7.17-2. A Lunar Module under construction, seen from the rear, before being covered by its thermal blanket. 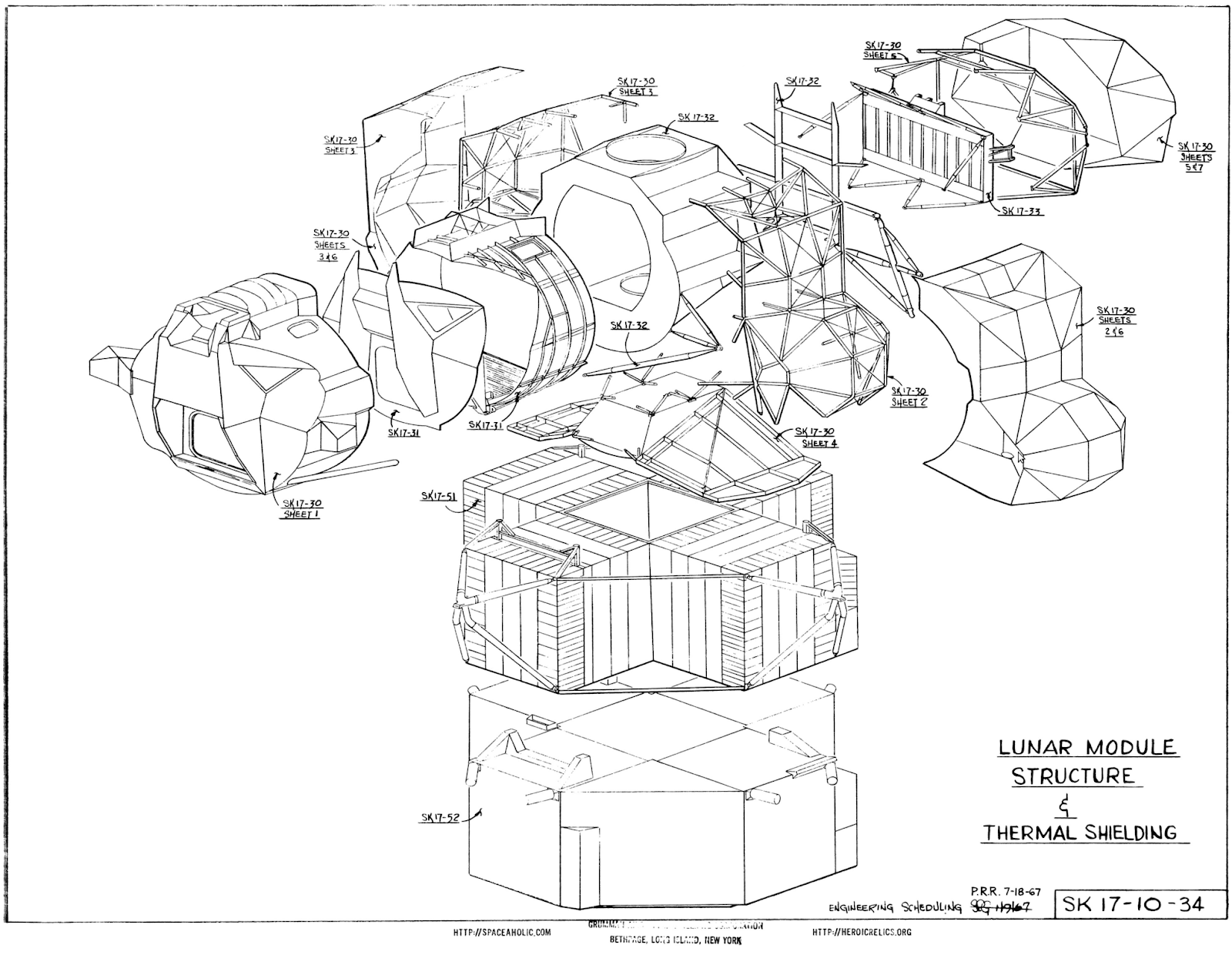 Figure 7.17-3. One of the many technical drawings that describe in detail the structure of the Lunar Module. Credit: HeroicRelics.com. 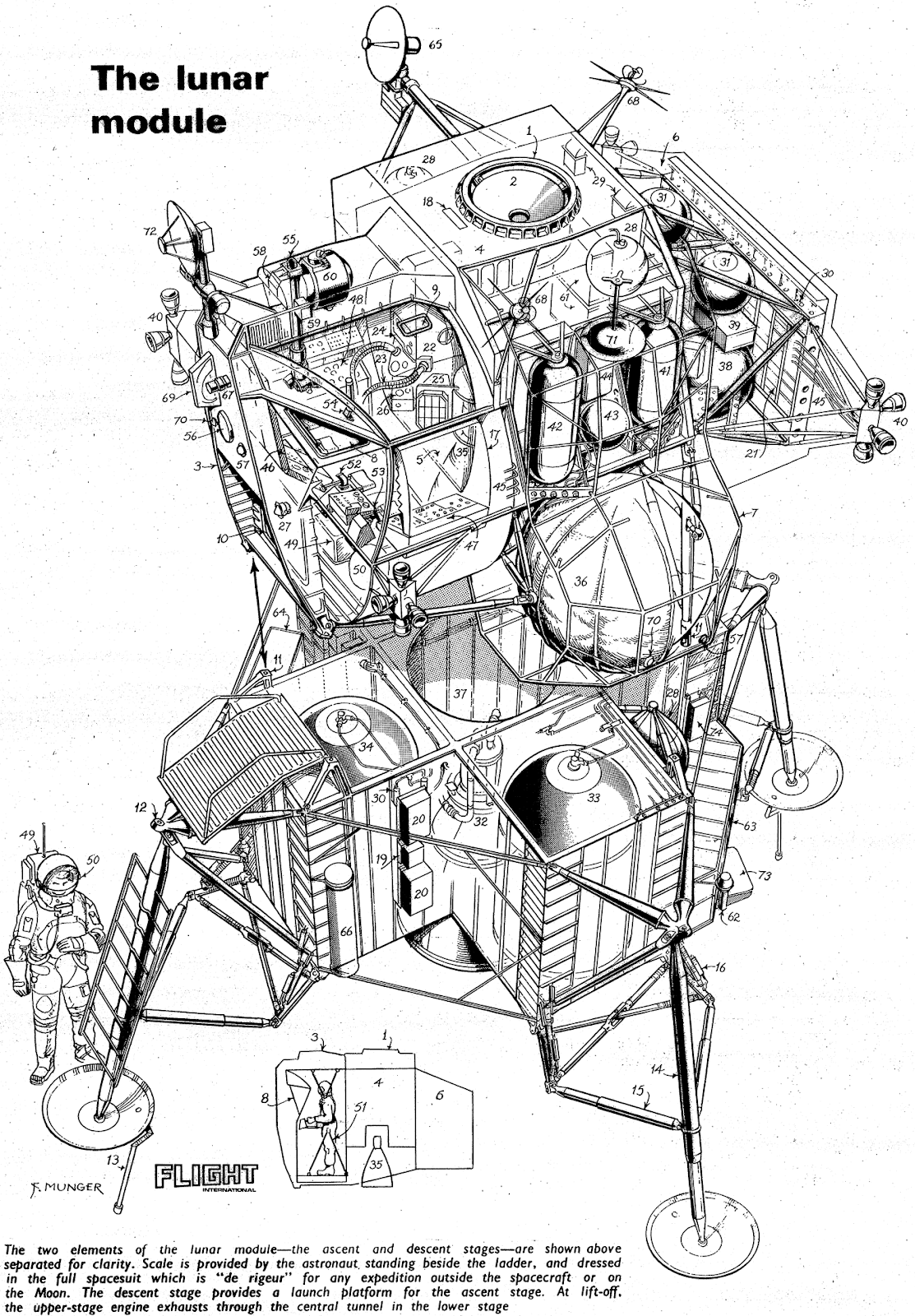 
Moreover, the thermal blanket is not exclusive to the Apollo LM: it was used for decades by the United States’ Space Shuttles to protect the contents of its huge payload bay and is still used as an external shield by Russian Soyuz spacecraft, which spend up to six months in space, exposed unevenly to the heat of the Sun and to the chill of shadow in vacuum when they are docked to the International Space Station (Figure 7.17-5). 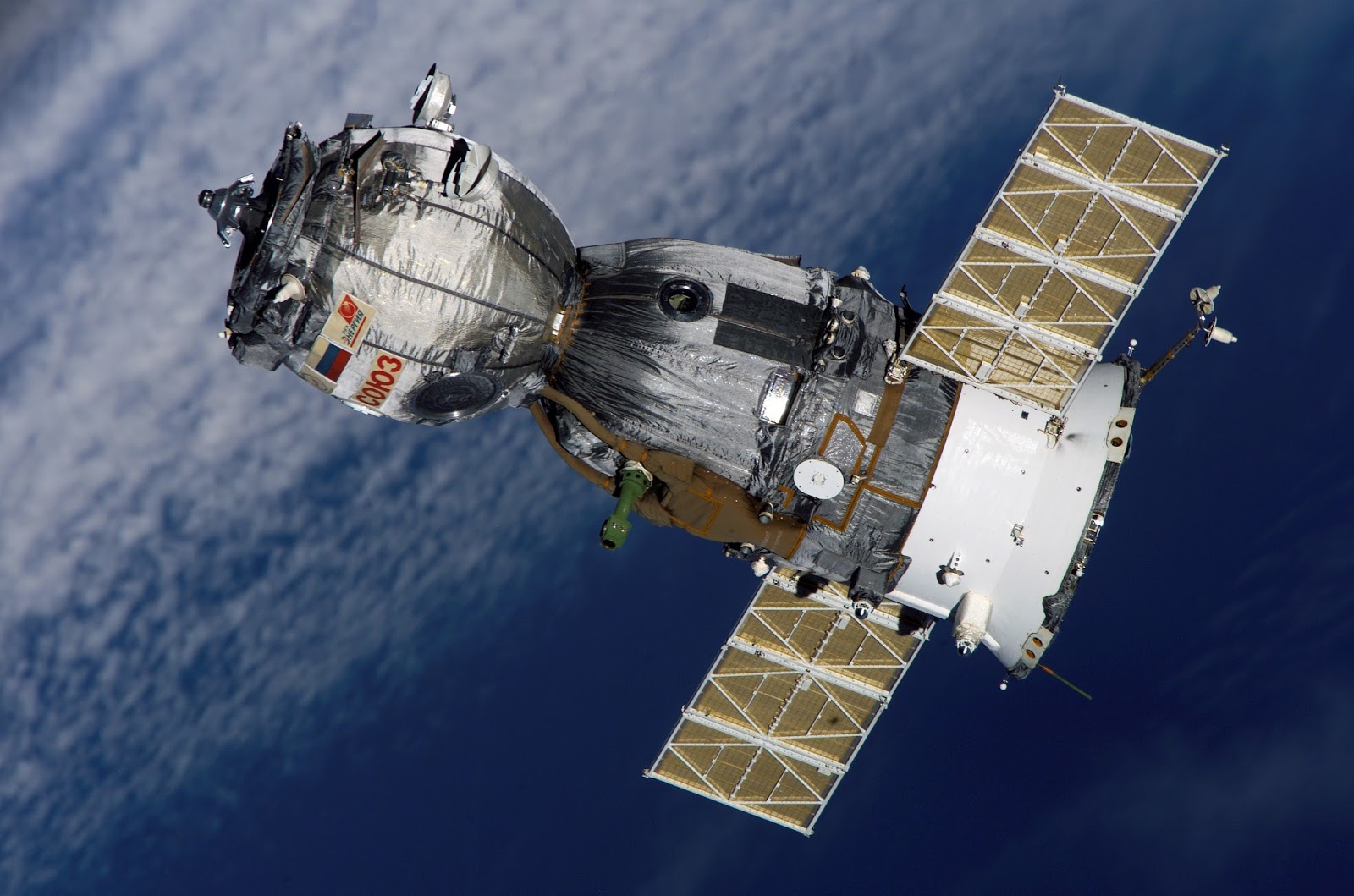 
China, too, covers its uncrewed Moon landers with a thermal blanket which is even more similar to the one installed on the Apollo Lunar Module (Figure 7.17-6). 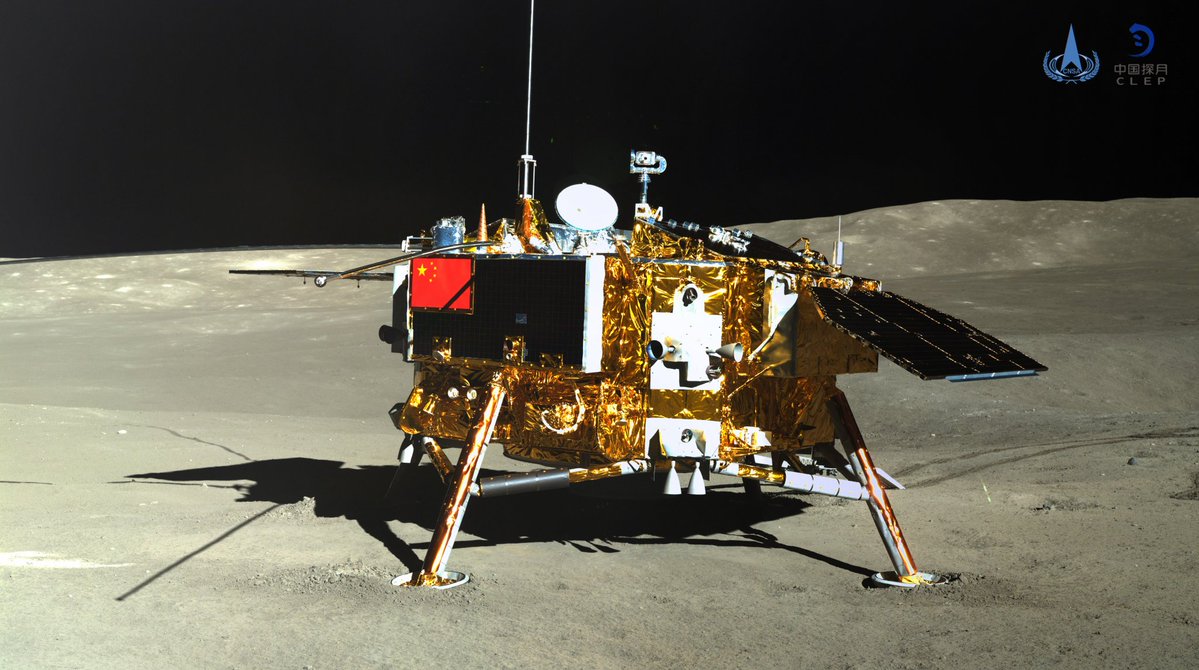 NEXT: 7.18 Why don’t the boot prints on the Moon match the spacesuit shoes?