7.14 How come the LM simulator was so unstable that Neil Armstrong crashed it?

IN A NUTSHELL: Because it was completely different from the Lunar Module. Anyway, Neil Armstrong’s crash was caused by a rare malfunction of the vehicle, not by his inability to control it. The simulator had flown normally over 790 times without loss of control.


THE DETAILS: Some conspiracy theorists claim that a few weeks before the Apollo 11 flight, one of the vehicles that simulated the Lunar Module‘s flight on Earth crashed and almost killed Neil Armstrong, who had lost control of the vehicle (Figure 7.14-1). Therefore, they argue, the actual Lunar Module was unstable beyond control and NASA could not have solved such a severe problem in such short time. 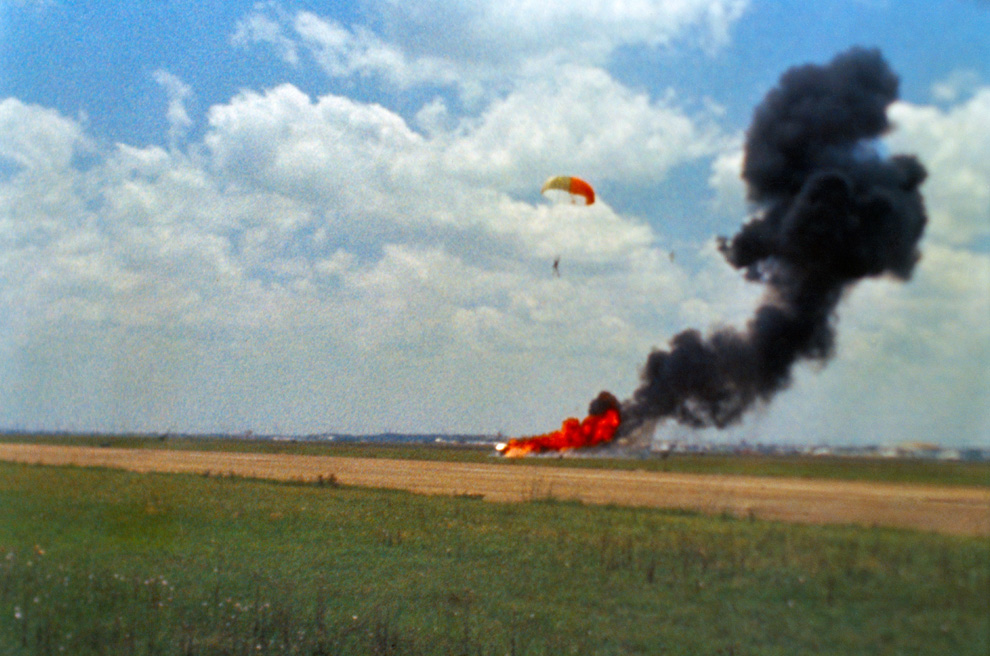 Figure 7.14-1. Neil Armstrong parachutes to safety after the malfunction of his LLRV.


First of all, the simulators were completely different from the Lunar Module and therefore any problem in the simulator had no effect on the stability or reliability of the LM.

The Apollo astronauts familiarized with Moon landings and with the unique characteristics of the Lunar Module by using two types of flying simulator, known as Lunar Landing Research Vehicle (LLRV) and Lunar Landing Training Vehicle (LLTV). Two LLRVs were built initially, followed by three LLTVs. All were single-seaters.

These were essentially bare frames on which a gimbaled jet engine was mounted vertically, so that its thrust supported five sixths of the weight of the ungainly craft. The remainder (the weight it would have had on the Moon) was supported by two throttleable rocket engines. Figure 7.14-2 shows clearly how different these vehicles were with respect to the actual Lunar Module. 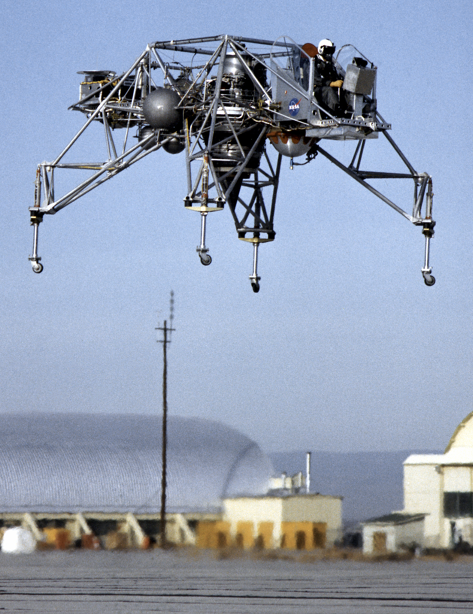 
Like the LM, these vehicles had sixteen small thrusters for attitude control: one of the few things they actually shared with the spacecraft that they had to simulate. An electronic system kept the main jet engine constantly vertical and adjusted its thrust so as to simulate the effects of the reduced vertical acceleration that occurs on the Moon. Flights lasted only a handful of minutes, but were long enough to practice landing from an altitude of approximately 1,200 meters (4,000 feet).

Armstrong’s accident occurred on May 6, 1968: not a few weeks before his Moon landing, but fourteen months earlier. Moreover, it was not caused by inherent instability problems of the vehicle (an LLRV): the pressurization system of the attitude thrusters failed, a gust of wind caught the vehicle, and Armstrong had no choice but to eject, landing safely under his parachute while the LLRV crashed and burned.

Conspiracy theorists make it sound as if crashing was the normal conclusion of the flights of these vehicles, but in actual fact the five simulators that were built flew a total of 792 flights with successful landings. Armstrong’s LLRV had flown without mishap 281 times before the crash. During the training program, these experimental vehicles suffered just two more accidents, in December 1968 and in January 1971, leading to their destruction. The pilots were unharmed.*


For example, Figure 7.14-3 is a video of a 1969 flight of the LLRV which ended with a smooth landing. Neil Armstrong was at the controls.


NEXT: 7.15 How come all the technical problems suddenly vanished?