6.7 Why did the astronauts only make such low jumps?

IN A NUTSHELL: They might look low until you consider that the astronauts were wearing a suit and backpack that doubled their weight and had very limited flexibility, and that a fall on the airless Moon could have killed them.


THE DETAILS: One of the best-known lunar jumps is the one performed by John Young as he saluted the American flag during one of the Apollo 16 moonwalks. Figure 6.7-1 shows the video recording of this event, which was also photographed by Charlie Duke (Figure 6.7-2).


Figure 6.7-1. Video recording of John Young’s lunar jump during Apollo 16. The other astronaut, on the right, is Charlie Duke. 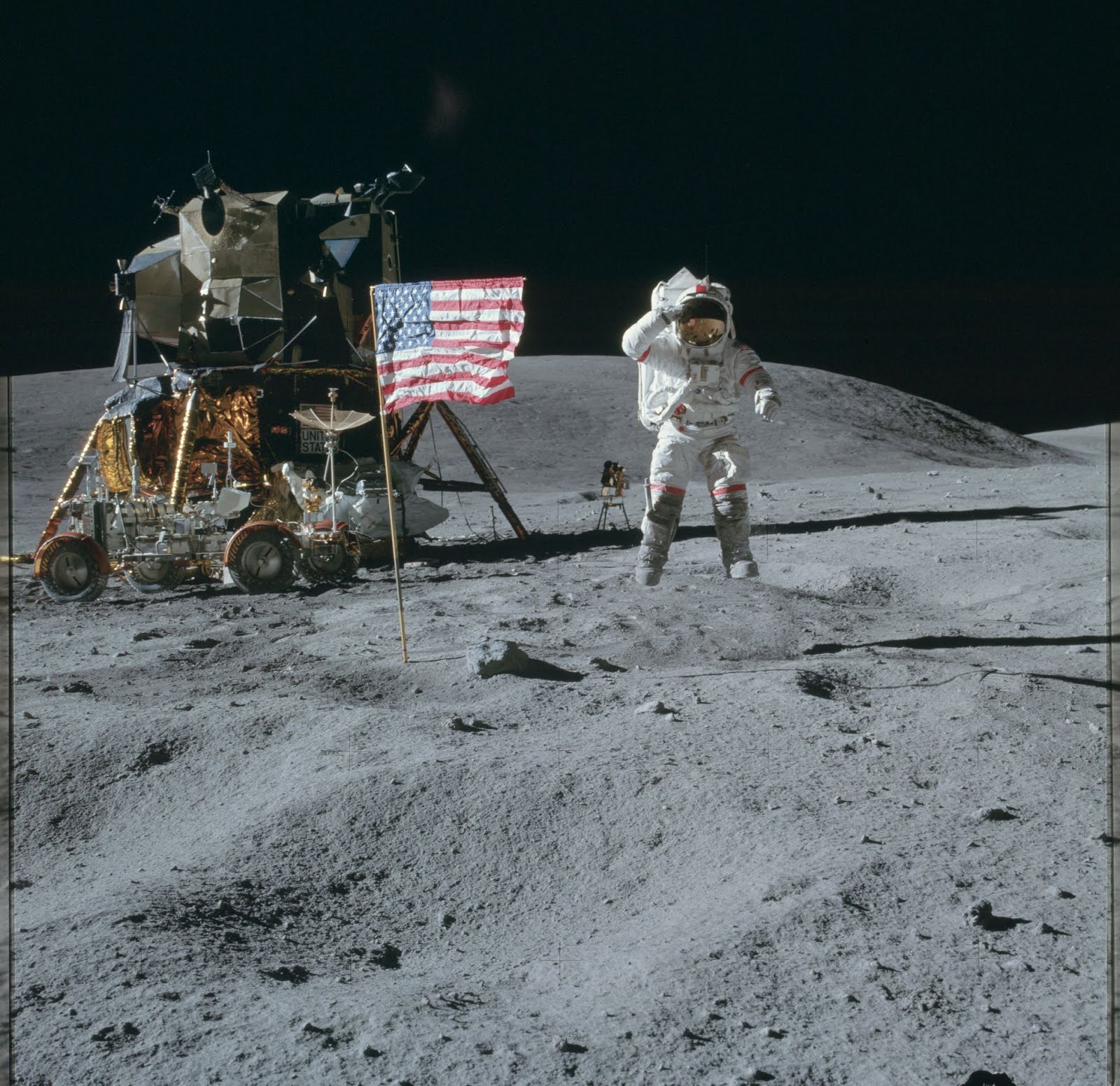 
Moon hoax proponents say that Young’s hop is strangely short and so are all the other lunar jumps. They argue that on the Moon, with one-sixth of Earth’s gravity, astronauts should be able to perform amazing leaps, maybe six times as high as on Earth. Perhaps the hidden wires couldn’t lift them high enough or fast enough?

Actually, there are very practical reasons for these short hops. 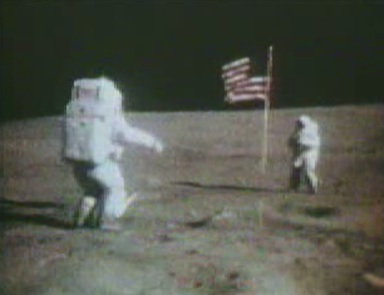 
Many hoax theorists also make the mistake of considering Young's jump as the highest ever made on the Moon. Actually, it was just a hop intended to take an unusual salute photograph. Other jumps were much higher and correspondingly more dangerous.

For example, Neil Armstrong reported that he jumped up to the third rung of Apollo 11's LM ladder, which was “easily five or six feet [150-180 centimeters] above the ground”*. His leaps are visible in the recordings of the TV transmission of his moonwalk (Figure 6.7-4).

Figure 6.7-4. Neil Armstrong’s leap to climb back into the LM at the end of the Apollo 11 moonwalk, in the restored footage of the live TV transmission (to the right of the flag, in the shadow of the LM, at 2:16:40).


However, Armstrong refrained from further experimentation, because he noted that “there was a tendency to tip over backward on a high jump. One time I came close to falling and decided that was enough of that.”* A backward fall would in fact have entailed the risk of seriously damaging the suit backpack, forcing to cut short the moonwalk.


Young himself and his crewmate Charlie Duke engaged in a televised high-jump contest at the end Apollo 16's third moonwalk. Duke estimated that Young had jumped “about four feet [120 centimeters]” (Figure 6.7-5); Duke made an equally high jump, but fell backwards onto his backpack.

In his book Moonwalker, he reported that it was “the only time in our whole lunar stay that I had a real moment of panic and thought I had killed myself. The suit and backpack weren’t designed to support a four-foot fall. Had the backpack broken or the suit split open, I would have lost my air. A rapid decompression, or as one friend calls it, a high-altitude hiss-out, and I would have been dead instantly. Fortunately, everything held together.”*

Figure 6.7-5. Young and Duke do high-jumps on the Moon and Duke falls.

NEXT: 6.8 Is the “Moontruth” video an outtake from the fake TV broadcast?