6.13 Why did Apollo 11 transmit color TV from space but not from the Moon?

IN A NUTSHELL: Different cameras, transmitters and antennas. Apollo 11’s Command Module had better and more powerful TV equipment than the Lunar Module. It could send a good color TV signal to Earth; the LM could not. Later missions carried improved cameras and equipment that allowed color TV from the Moon as well.


THE DETAILS: It may seem rather suspicious that Apollo 11 sent live color TV pictures during the trip (Figure 6.13-1) and even from lunar orbit but then switched to black and white for the all-important moonwalk. 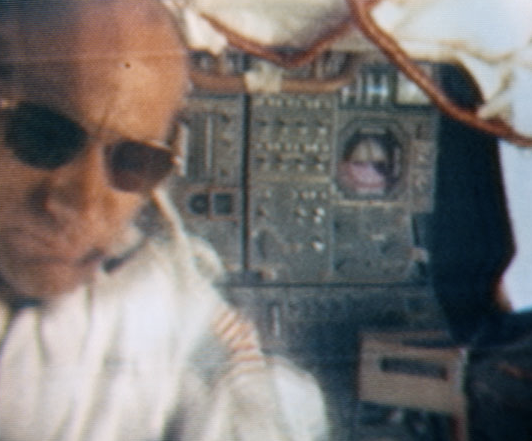 Figure 6.13-1. Buzz Aldrin in the LM as the Apollo 11 spacecraft approaches the Moon, in a frame from the color TV transmissions sent using the Command Module camera and transmission equipment. Detail from NASA image S69-39532.


Indeed, Bart Sibrel, in A Funny Thing Happened on the Way to the Moon, notes this discrepancy and suggests that the perpetrators of the hoax decided it would be “better to open their debut mission with fuzzy pictures and numerous blackouts rather than show too much revealing detail of a false scene that was yet unproven”.

The actual reason for the switch was that the color transmissions were made using the Command Module’s TV camera and onboard transmission equipment, which was far more sophisticated (but unable to withstand the extreme temperature variations of a moonwalk) and powerful than the Lunar Module’s and also had a better, larger antenna.

The Command Module was powered by fuel cells, while the LM only had batteries, and this allowed the CM to spend more power on the TV signal.

Moreover, the transmission gear of Apollo 11’s LM lacked the bandwidth needed to send a color signal, while the CM had no such limitation. However, the CM could not be used as a relay because it orbited around the Moon every two hours and therefore was often out of contact with the LM or Earth or both.

Later missions used lunar modules equipped with more advanced and compact TV cameras and with greater power reserves, and deployed a large unfolding parabolic antenna (Figure 6.13-2) which allowed to transmit from the lunar surface with enough power to carry a color TV signal. Apollo 11 also had this antenna, but its deployment would have required twenty minutes out of the two hours available for the first moonwalk, so after NASA saw that the TV pictures from the Moon were good enough without this antenna they decided not to use it for this first mission. 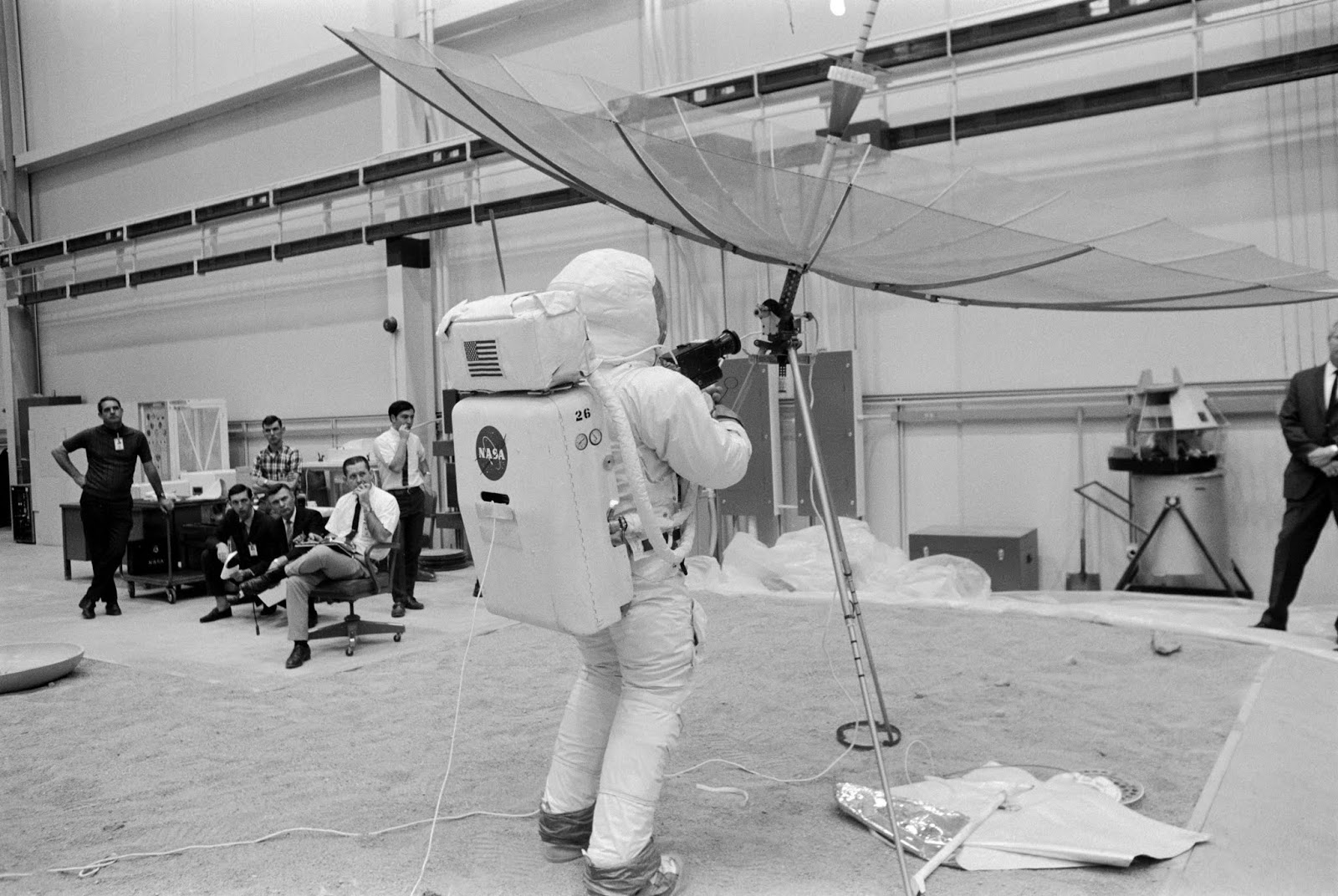 Figure 6.13-2. An astronaut (probably Armstrong or Aldrin) during training to deploy the large parabolic lunar antenna after unfolding it. Photo AP11-S69-31179.

NEXT: 6.14 Why does the Moon look the same in two different places? Recycled Moon sets?