6.11 Does never-before-seen footage show astronauts faking the view of Earth from deep space?

IN A NUTSHELL: No. The footage has always been available and isn’t fake. Had it been shot from low Earth orbit through a circular window to make the Earth look small and distant, as some conspiracy theorists claim, it would show the clouds changing continuously as the spacecraft flies over different parts of the planet. They don’t.


THE DETAILS: Moon hoax theorist Bart Sibrel, in his video A Funny Thing Happened on the Way to the Moon (2001), shows an Apollo 11 video recording that he claims to be “never before seen or heard footage” in which the astronauts allegedly faked being far from Earth when they were actually still in low orbit around it.

According to Sibrel, they “placed the camera at the back of the spacecraft and centered the lens on a circular window in the foreground, outside of which it is completely filled with the Earth in low orbit. The circumference of the window then appears to be the diameter of the Earth at a distance, with the darkened walls of the spacecraft appearing to be the blackness of space around it.” (Figure 6.11-1). 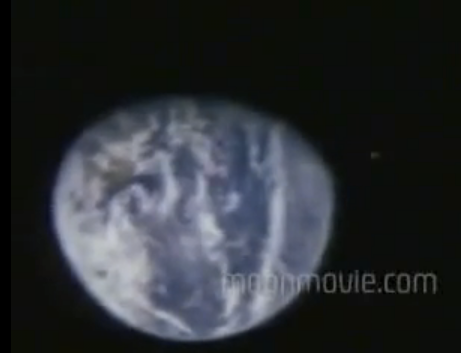 Figure 6.11-1. A frame from the allegedly faked Apollo 11 video, as shown by Bart Sibrel.


In other words, according to Sibrel’s theory, the astronauts used the circular window to mask the bulk of the Earth and only show a circular portion of its surface, thus creating the illusion of a distant floating sphere.

In actual fact, the footage is not at all “never before seen or heard” as Sibrel alleges. It is part of a series of color TV transmissions made by the Apollo 11 astronauts on their way to the Moon, 10.5 hours and 34 hours after liftoff, when they were respectively 94,500 and 240,000 kilometers (51,000 and 130,000 nautical miles) from Earth. The full recording has been available for a long time, for example on the Apollo 11 DVDs published by Spacecraft Films.


Sibrel’s version is recut out of sequence: the unedited footage simply shows the astronauts preparing for TV transmissions and testing the camera settings. This is evident by listening to their communications in full, as available in the Apollo Flight Journal (Day 1, part 4: Navigation and Housekeeping and Day 2, part 2: TV Transmission), instead of taking selected quotes out of context. These communications report that the pictures show the eastern Pacific Ocean, the west coast of North America and the southern coast of South America (north is down and to the left).

Moreover, the camera trick alleged by Sibrel wouldn’t have worked even if the astronauts had tried it. If the Apollo spacecraft had been in low orbit around the Earth, with its TV camera peeking through a circular mask at a small portion of the planet below, the footage would have shown ever-changing clouds and parts of the planet rolling by as the spacecraft rapidly circled the globe. The uncut, less grainy version of the video presented by Sibrel instead shows exactly the same unchanging cloud patterns for as much as fifteen minutes.

We can check what Earth would have looked like through a circular window in low Earth orbit by looking at the photographs taken from the International Space Station (ISS), at an altitude of 400 kilometers (248 miles). The difference is rather obvious. 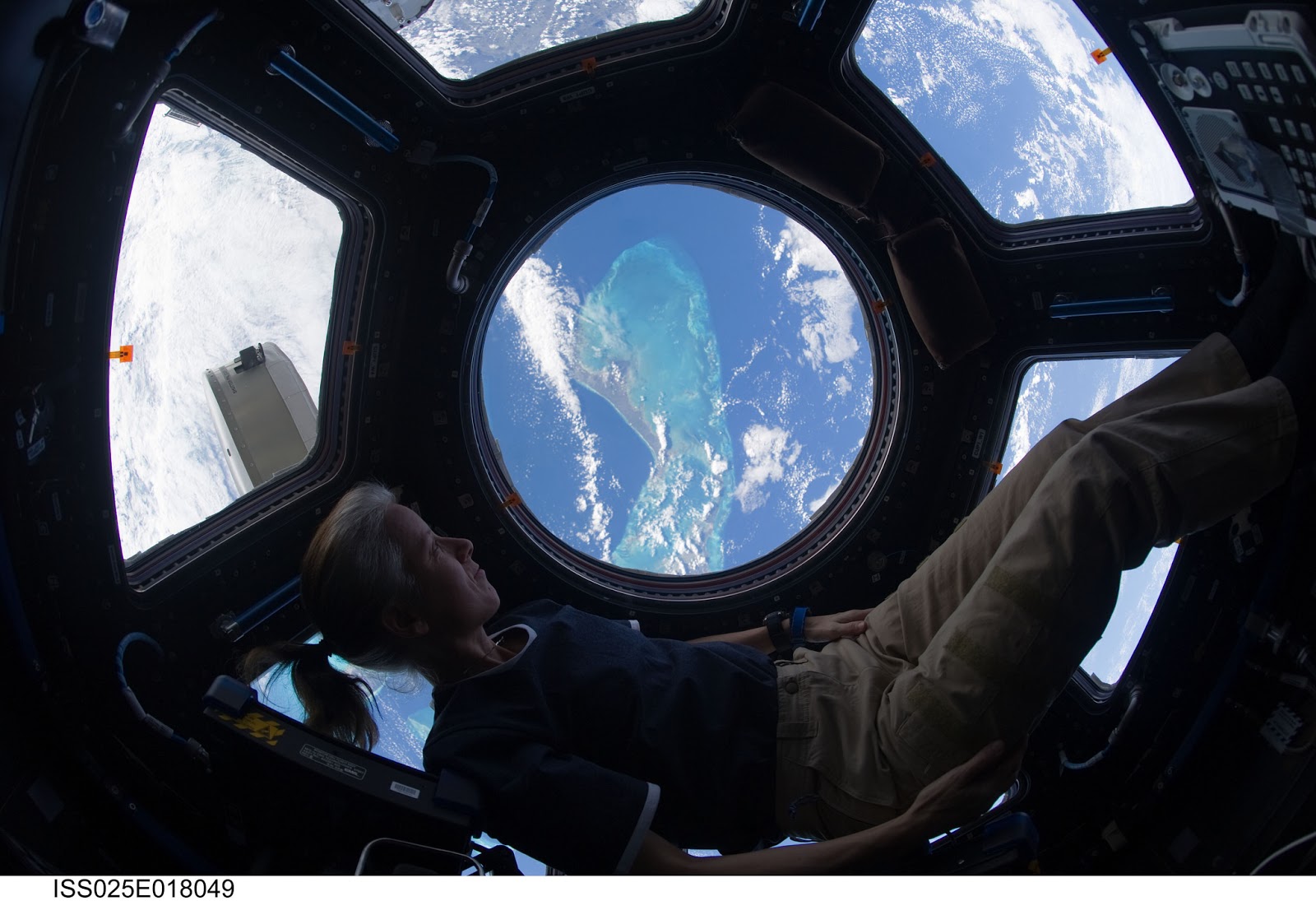 Figure 6.11-3. Shannon Walker gazes at the Earth, specifically at the Caribbean region, through the circular window of the Cupola on the International Space Station. Source: NASA/Flickr. 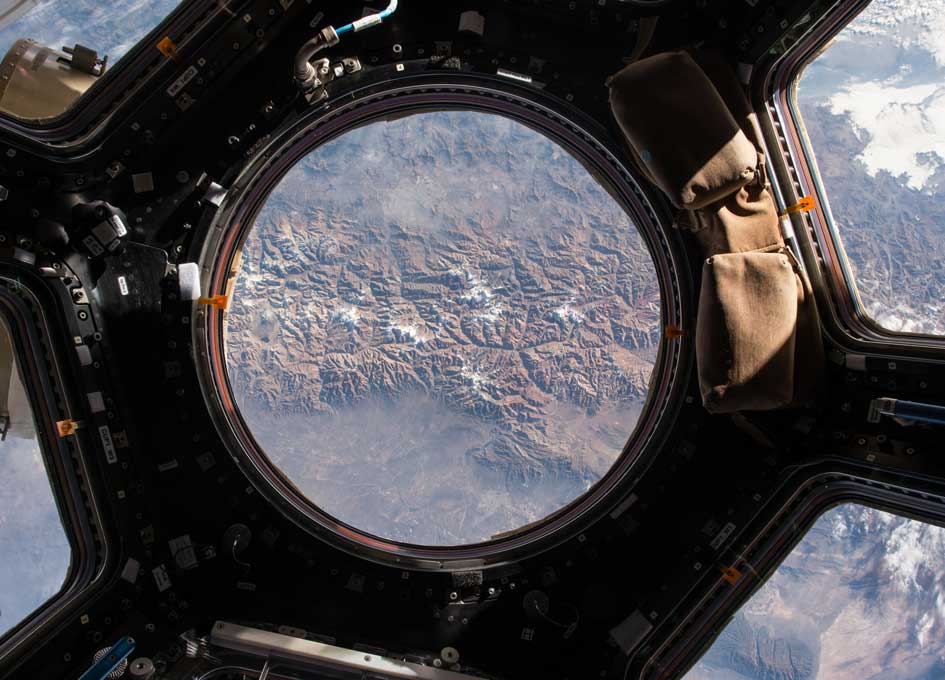 Figure 6.11-4. Earth from the Cupola’s circular windows in a photograph taken by Scott Kelly. Fonte: NASA/Flickr. 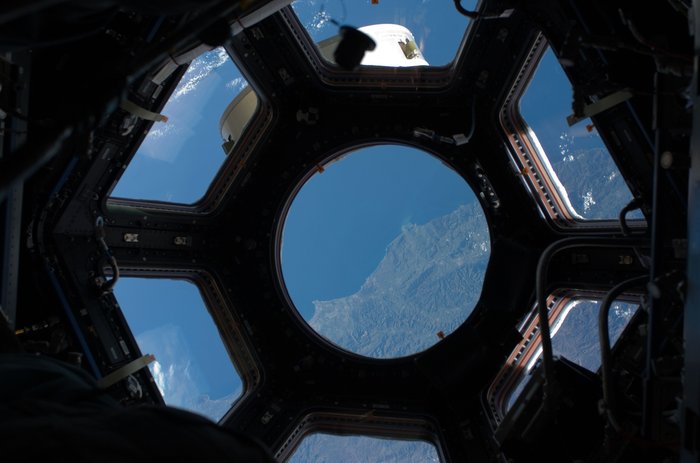 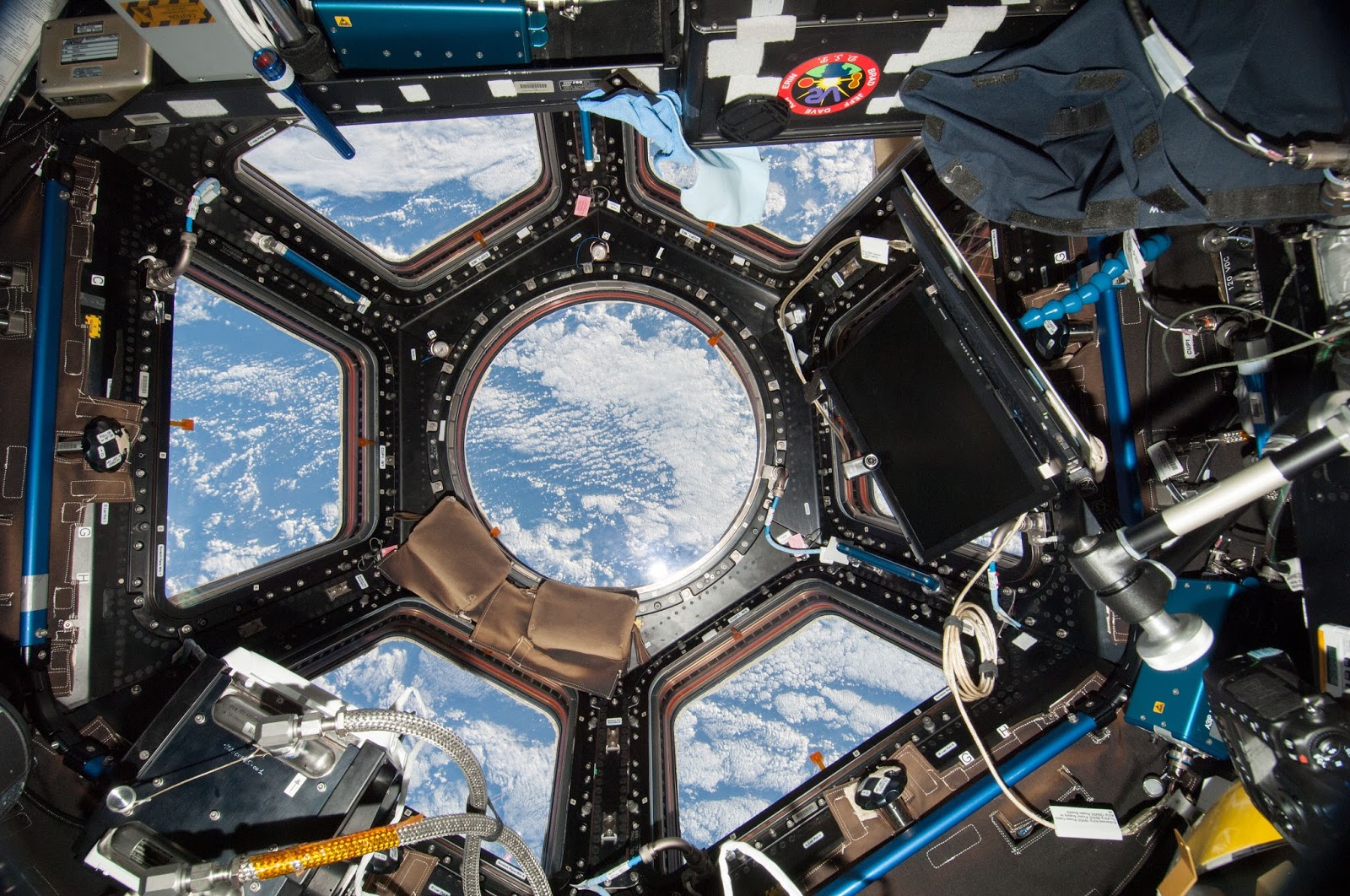 
Figure 6.11-7 instead shows what the Earth looks like from a distance of 1.5 million kilometers (930,000 miles). Once again, the difference is quite conspicuous. 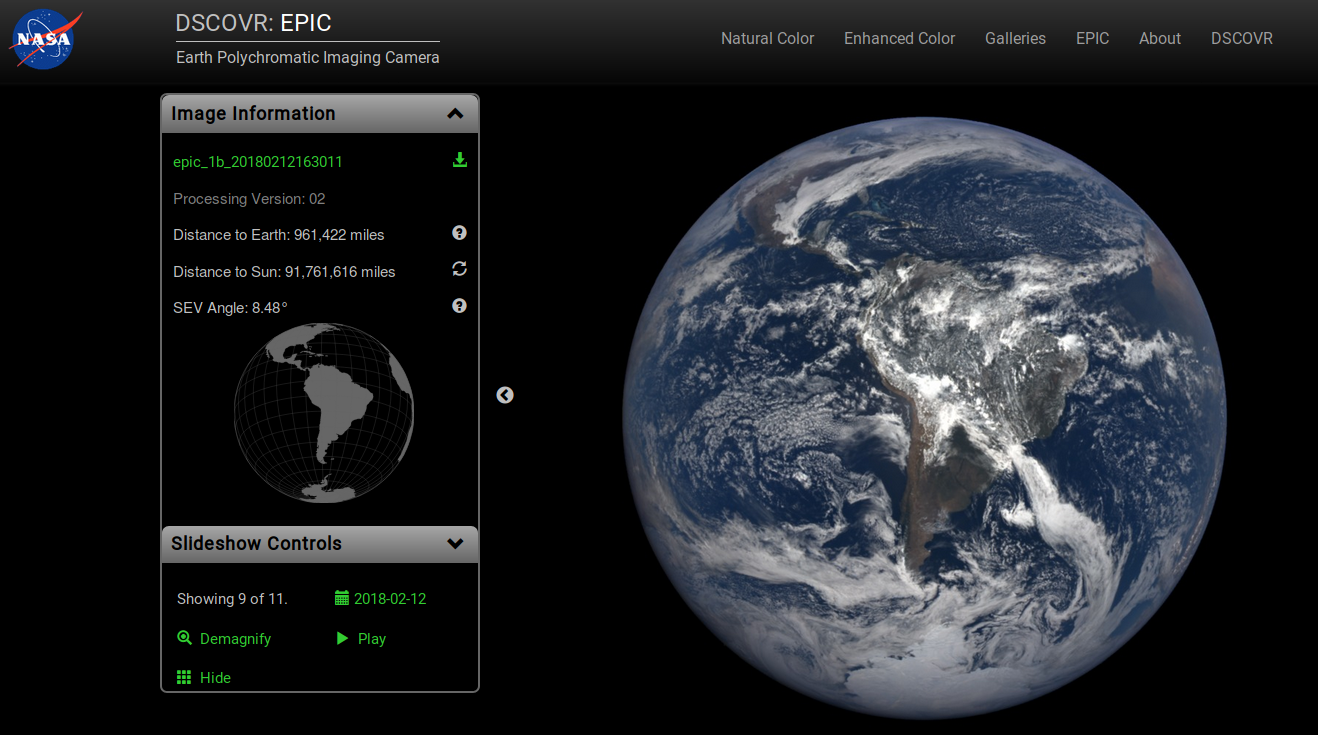 
This is confirmed by photograph AS11-36-5337, which was taken approximately at the same time as the TV transmissions and shows the same cloud patterns, allowing to determine that the TV picture disputed by Sibrel actually shows the entire North American continent and most of the Pacific Ocean (Figure 6.11-8). This would be impossible from low Earth orbit. 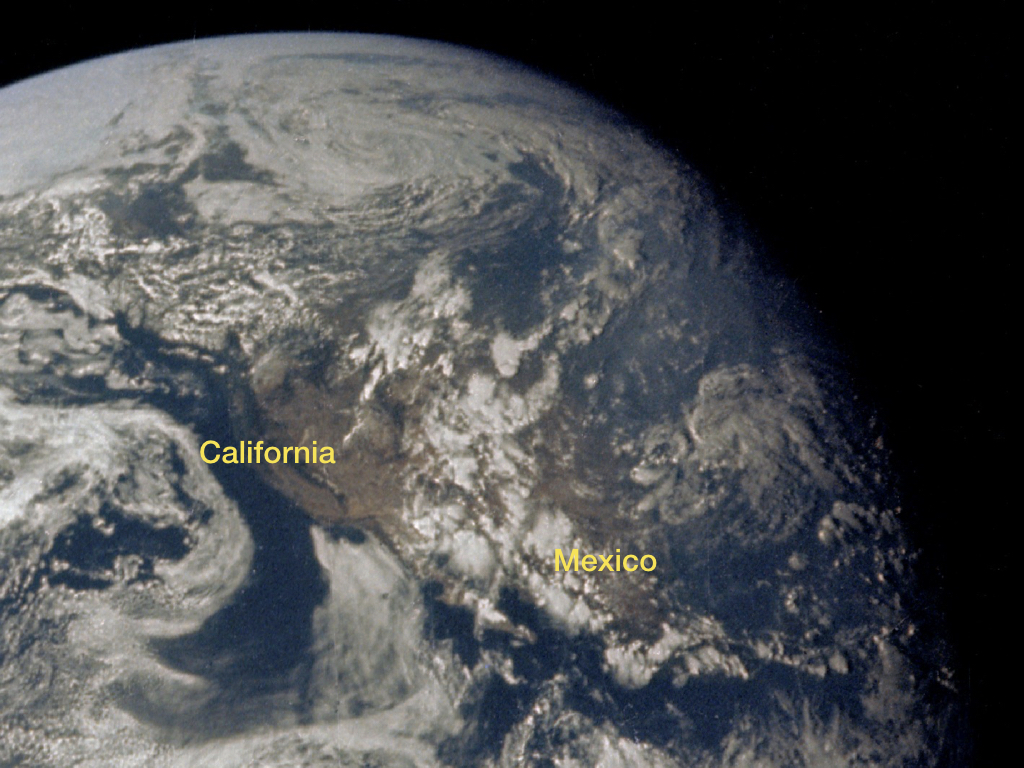 NEXT: 6.12 Why is there no exhaust from the LM’s ascent rocket engine?