5.10 How come the spacecraft casts an impossibly huge shadow?

IN A NUTSHELL: It doesn’t. That’s not the shadow of the Apollo vehicle cast on the lunar surface, it’s the close-up silhouette of one of its small maneuvering thrusters.


THE DETAILS: On page 13 of his book NASA Mooned America!, Ralph Rene shows a photograph that he describes as “the apex of chicanery”. He claims that it shows, in the lower left corner, “the shadow [...] from the engine shroud whose diameter is 8.5 feet [2.6 meters]” or from one of the LM’s “small directional thrusters which are 6 inches [15 centimeters] in diameter”.

Rene wonders sarcastically what kind of a “wondrous place is this Moon of ours” if an engine shroud or thruster can “cast a shadow over 79 miles [127 km] away”. 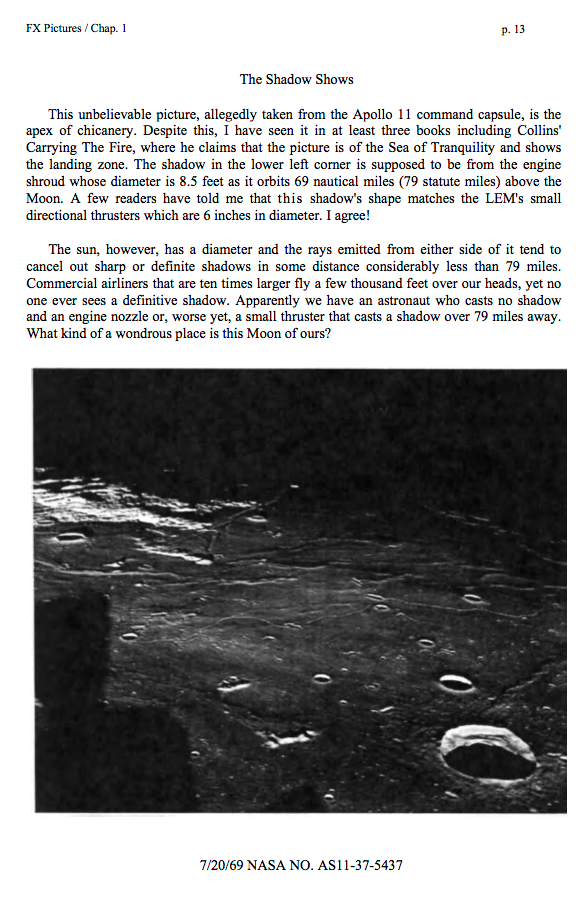 
As usual, we should ask ourselves why NASA would be so sloppy as to publish a photograph which showed a blatantly impossible phenomenon and thus would give away the fakery.

Actually, if we examine the original photograph (AS11-37-5437, Figure 5.10-2) instead of relying on Rene’s very poor duplicate, it becomes clear that what Rene described as a shadow cast on the surface of the Moon isn’t a shadow at all: it is nowhere as dark as the real shadows cast by the mountains and craters and actually has metallic reflections in its upper conical part. 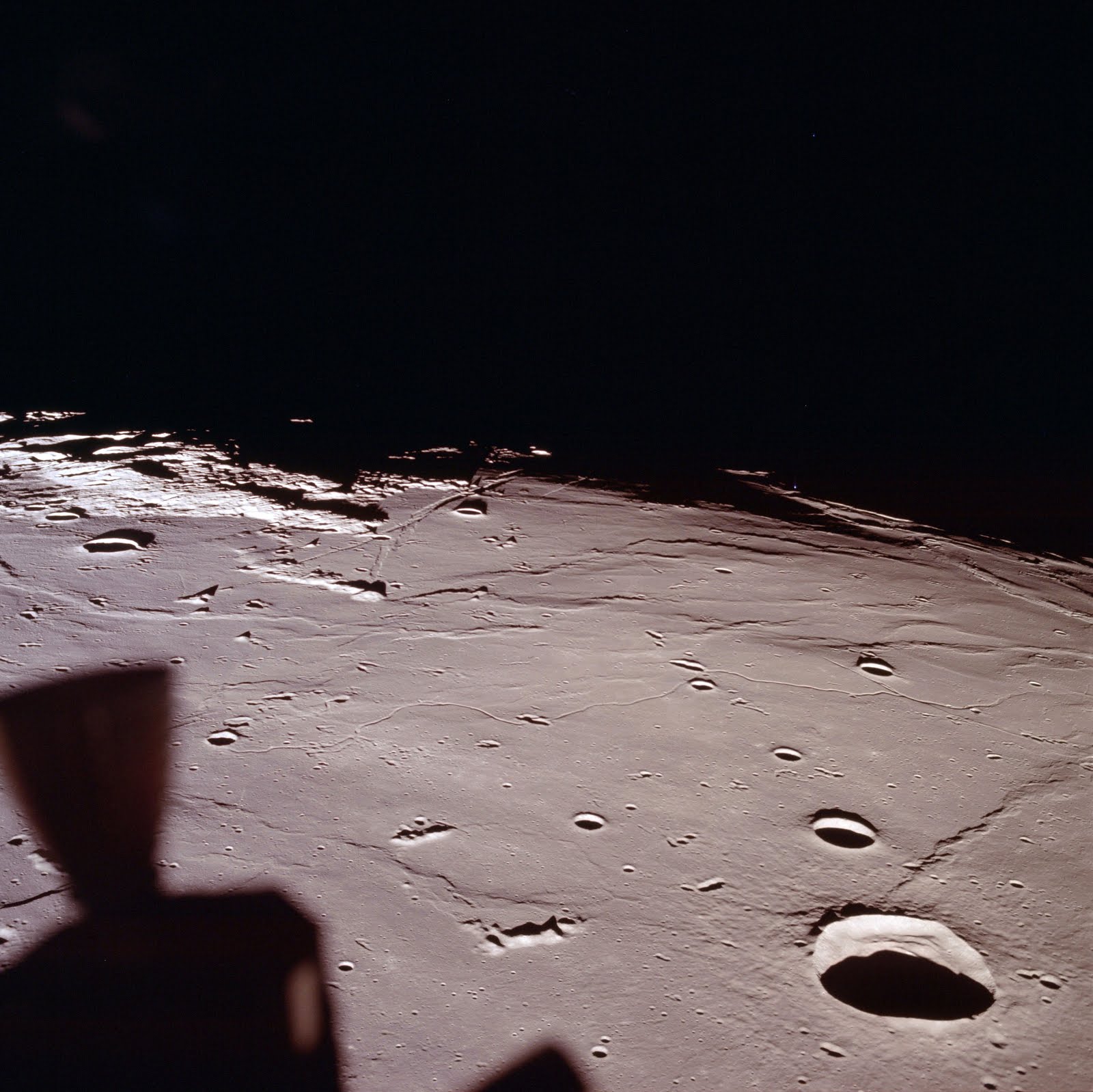 
In other words, this is not the distant shadow of a part of the spacecraft: it’s the part itself, which is a few feet away from the observer. As often occurs, an alleged Moon mystery is spawned simply because the conspiracy theorist failed to perform basic research and inspect the original images.

NEXT: 5.11 How can all the photographs be so perfect?