5.7 Why do the astronauts cast shadows of different lengths?

IN A NUTSHELL: Because the Moon’s surface isn’t perfectly smooth and level. If there’s a slope, a bump or a hollow in the ground, the astronaut’s shadow will follow its shape and vary its length accordingly. The same happens on Earth.


THE DETAILS: In some Apollo photos and movies the shadows of the astronauts have quite different lengths; an example is shown below in Figure 5.7-1. 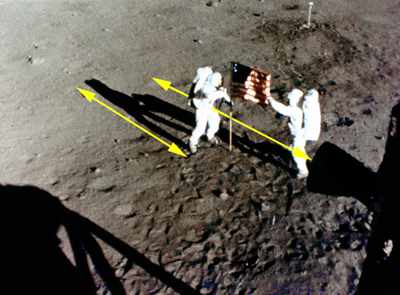 Figure 5.7-1. A frame from the Apollo 11 movie camera shows that the shadows of the astronauts have different lengths. Source: Aulis.com.


Moon hoax proponents such as David Percy argue (for example on the Aulis.com website) that this is because the fake astronauts stood at different distances from the overhead studio lights.

An explanation for this anomaly is that the two men are standing in such close proximity to a large artificial light source that as either one moves nearer to or further away from this light, the shadow of each astronaut changes accordingly.


As usual, the first problem with this theory is that the creators of the fakery would have to be incredibly dumb not to notice a technical mistake of this magnitude and hope to get away with it.

However, Percy’s explanation doesn’t hold water, because in the image above the astronaut who is closest to the hypothetical spotlights (as indicated by the direction of the shadows) has the longest shadow, whereas in real life objects that are closer to an elevated light source cast shorter shadows. This can be demonstrated easily by standing at various distances from a streetlight.

The correct explanation for the different shadow lengths is that the surface of the Moon is uneven and has all sorts of slopes, rises and hollows, which sometimes aren’t easily detected in photographs because there are no familiar items for visual reference. These differently sloping portions of the surface alter the length of any shadow that falls onto them. The same thing happens on Earth.

This can be shown by building a model of the lunar surface and lighting it with direct sunlight. It turns out that a model astronaut placed even in a shallow depression casts a shadow which differs greatly in length from the one cast by another identical model astronaut standing on level ground, as shown in Figure 5.7-2. 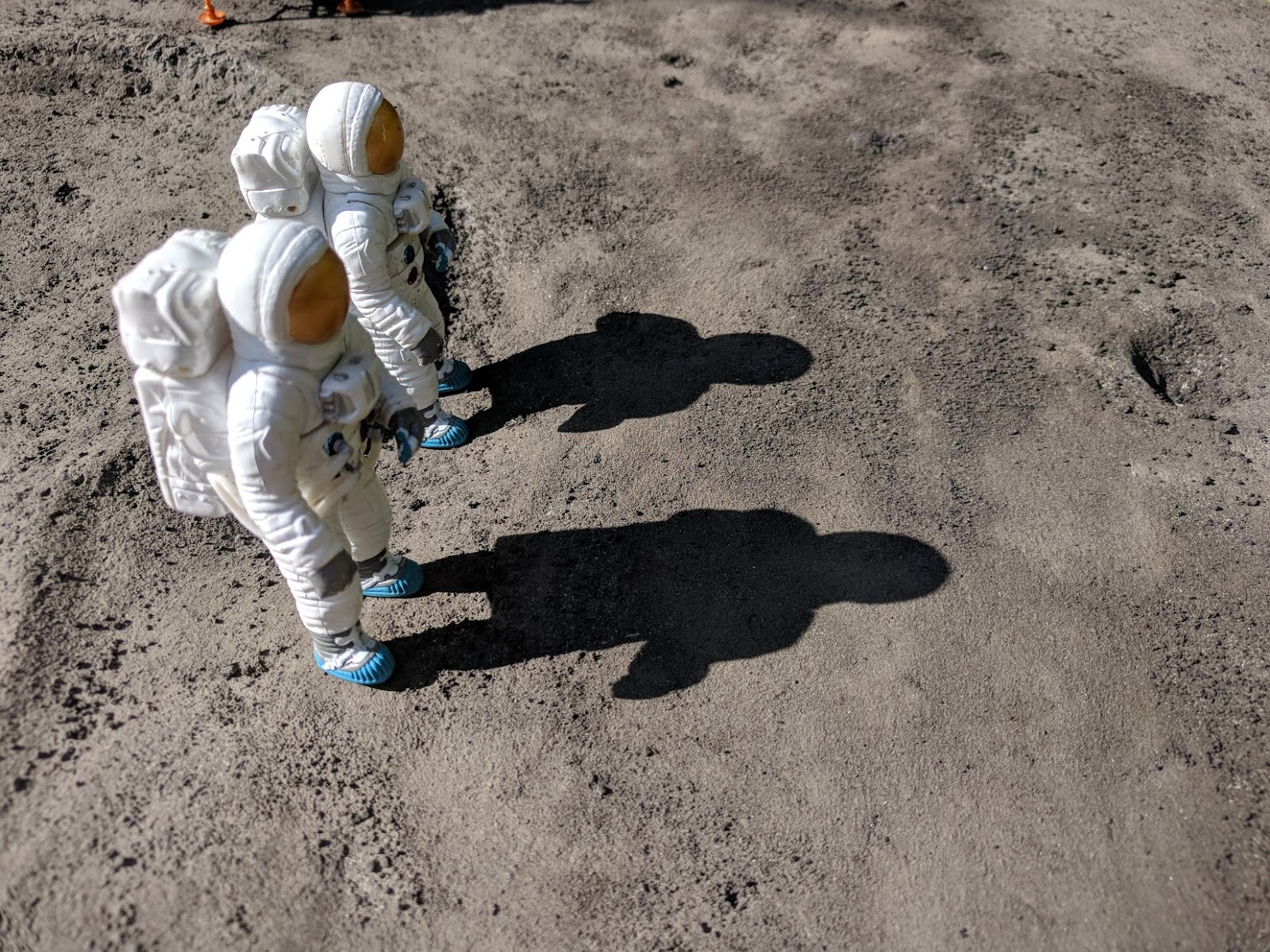 
In the Apollo 11 image disputed by Percy and Aulis.com (Figure 5.7-1), the astronaut on the left is simply standing in a slight hollow of the ground, which shortens his shadow. The effect is particularly conspicuous because the Sun is low on the horizon and therefore all shadows are very long. 
This hollow isn’t detectable in the Aulis picture, but it’s definitely there: it’s revealed by the curved shadow of the flagpole in photo AS11-37-5473 (shown cropped for clarity below).


What’s surprising is that Percy is a member of the British Royal Photographic Society and has received several awards for his work as cameraman. In theory, therefore, he should be quite knowledgeable about lighting and the behavior of shadows on uneven ground.

NEXT: 5.8 How come the shadow of the LM reaches the horizon?