5.5 Why are objects in shadow so strangely well-lit?

IN A NUTSHELL: Because shadows on the Moon are not pitch-black as many people imagine them to be. Anything standing in shadow on the dayside of the Moon is still bathed in the glare from all the surrounding sunlit objects: the lunar surface, the Lunar Module, the bright white spacesuits.


THE DETAILS: Moon hoax proponents argue that since the only source of light on the Moon is the Sun and there’s no air to diffuse the light and soften the shadows, any object in shadow should be completely black.

But in Apollo photographs such as AS11-40-5869 (Figure 5.5-1), the astronauts are unexpectedly well-lit even when they’re in the large shadow cast by the lunar module. Some conspiracy theorists say that this effect proves that studio lighting was used. 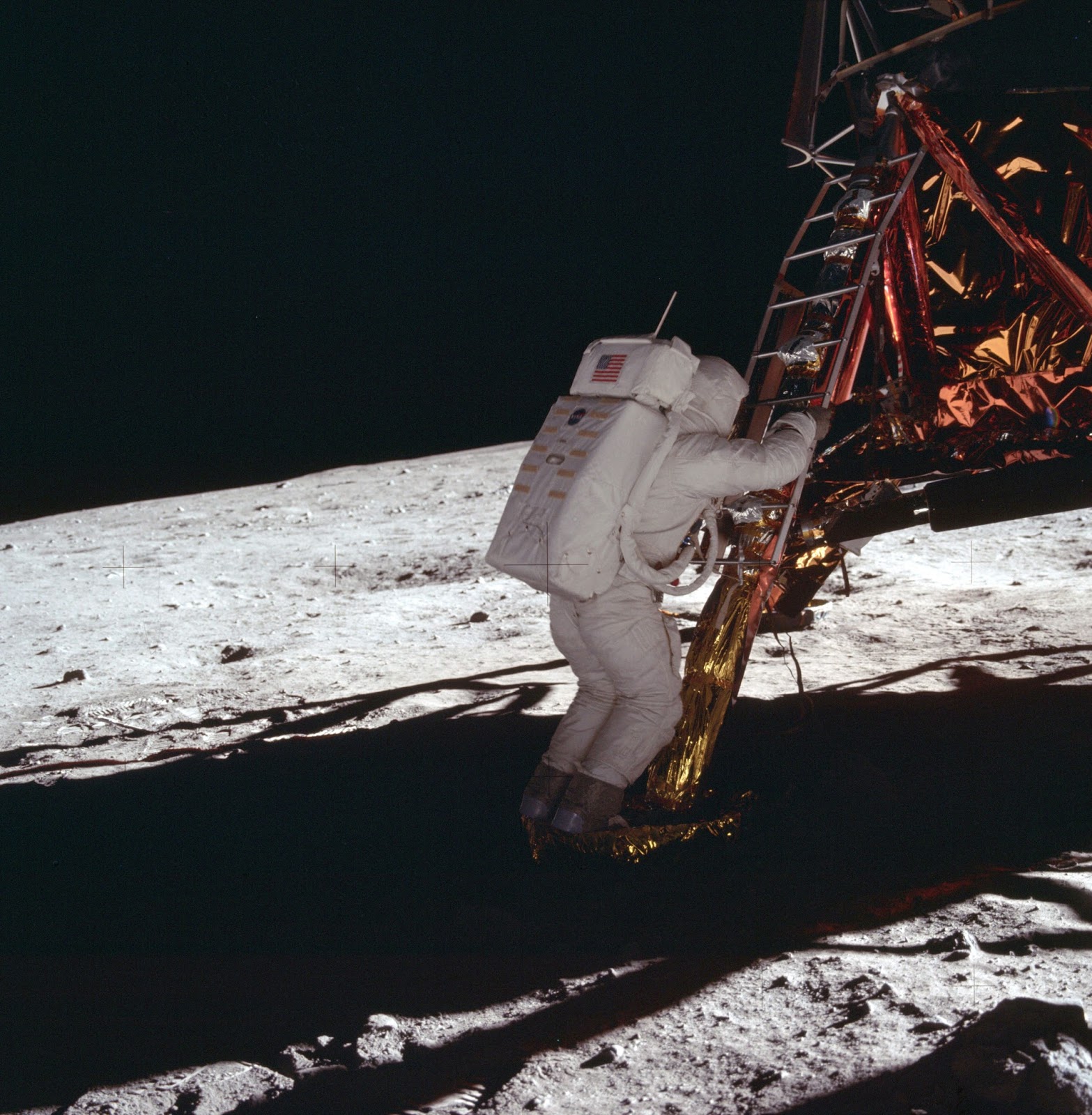 
At first glance the picture does indeed seem strange and unnatural. But it’s not because NASA used studio lights; it’s because the natural lighting on the Moon is very different from our everyday experience. We’re not used to a pitch-black sky in daytime; we’re used to a bright sky that diffuses light. On the Moon, with no atmosphere to scatter sunlight and illuminate the sky, other lighting effects become more evident.

Aldrin’s highly reflective white suit is simply lit by the sunlight reflected off the lunar surface all around him, which is in full daylight. It’s quite a glare: although the Moon is only about as reflective as tarmac, the amount of light that it reflects is sufficient to make it shine so brightly in Earth’s sky that it can be seen even in daylight. That reflected sunlight is what makes Aldrin visible. Anything rising above the lunar surface will be lit by the glare of the surrounding sunlit surface. The presence of an atmosphere has nothing to do with this effect.

There’s also another significant source of reflected light close to Aldrin: his colleague, Neil Armstrong, who is standing up in front of him, in full sunlight, to take the photograph and is of course wearing a bright white spacesuit.

Of course, the light of the Sun reflected by the lunar surface towards anything that rises above it is not as bright as direct sunlight, so the astronauts simply set their cameras for shadow photography (note the reminder on the film magazine shown in Figure 5.5-2). 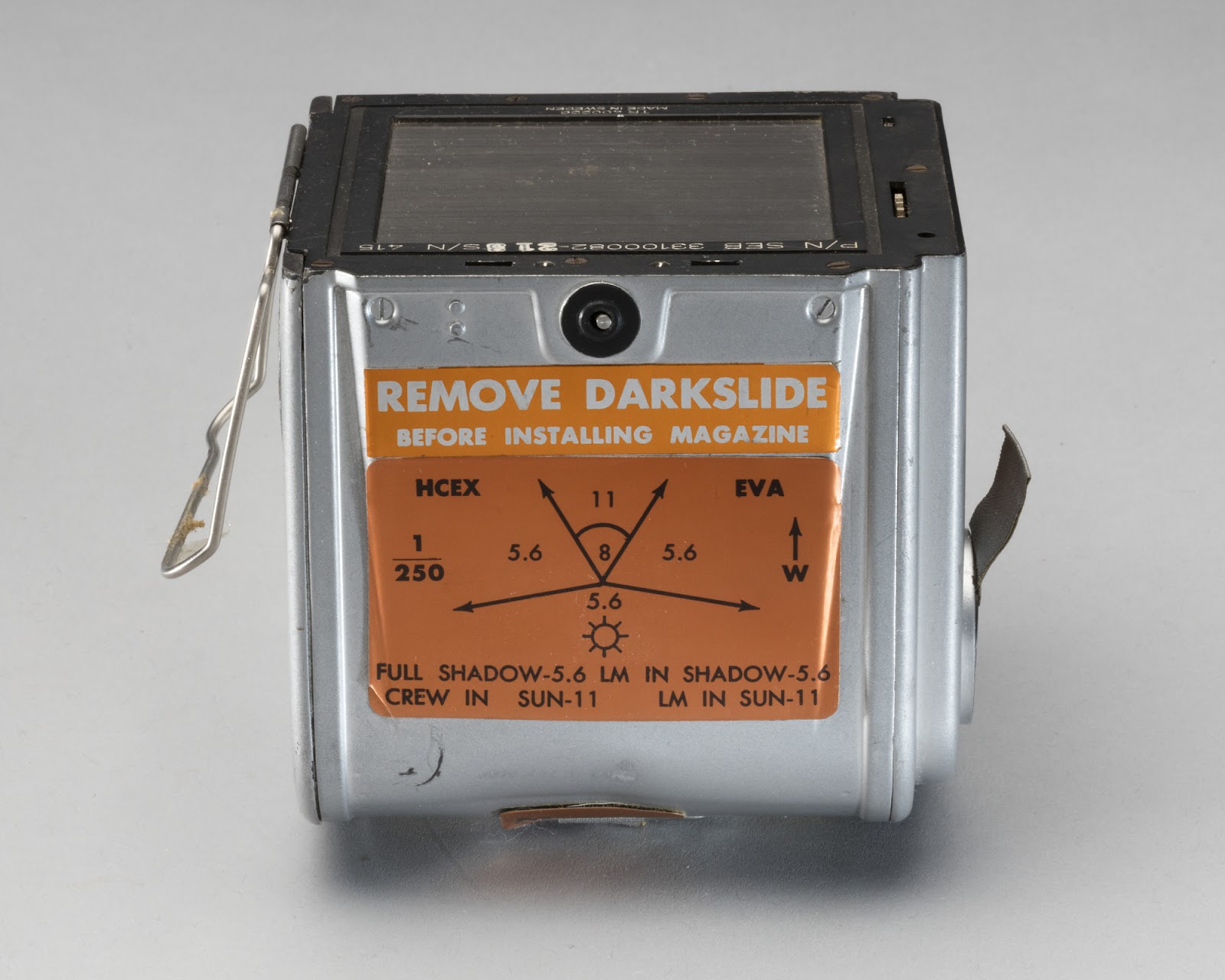 
This means that in photos for which the camera was set for shadow any object in full daylight should be overexposed and washed out. Indeed, the sunlit lunar surface in Aldrin’s photograph is nearly white instead of being its natural gray.

It’s easy to demonstrate that the glare of the tarmac-like lunar surface is sufficient to light an astronaut standing in shadow. All it takes is a model of the lunar module and of an astronaut, placed outside at night on a dark gray surface and lit by a single, powerful light source, with no nearby walls or objects that might reflect the light.

If you set the camera to take a good picture of the objects in the shadow of the LM, as shown in Figure 5.5-3, you get the same effect seen in Aldrin’s photo: the astronaut on the ladder is well-lit by the light reflected off the simulated lunar surface, but the parts of the surface that are in direct “sunlight” are overexposed and almost white. 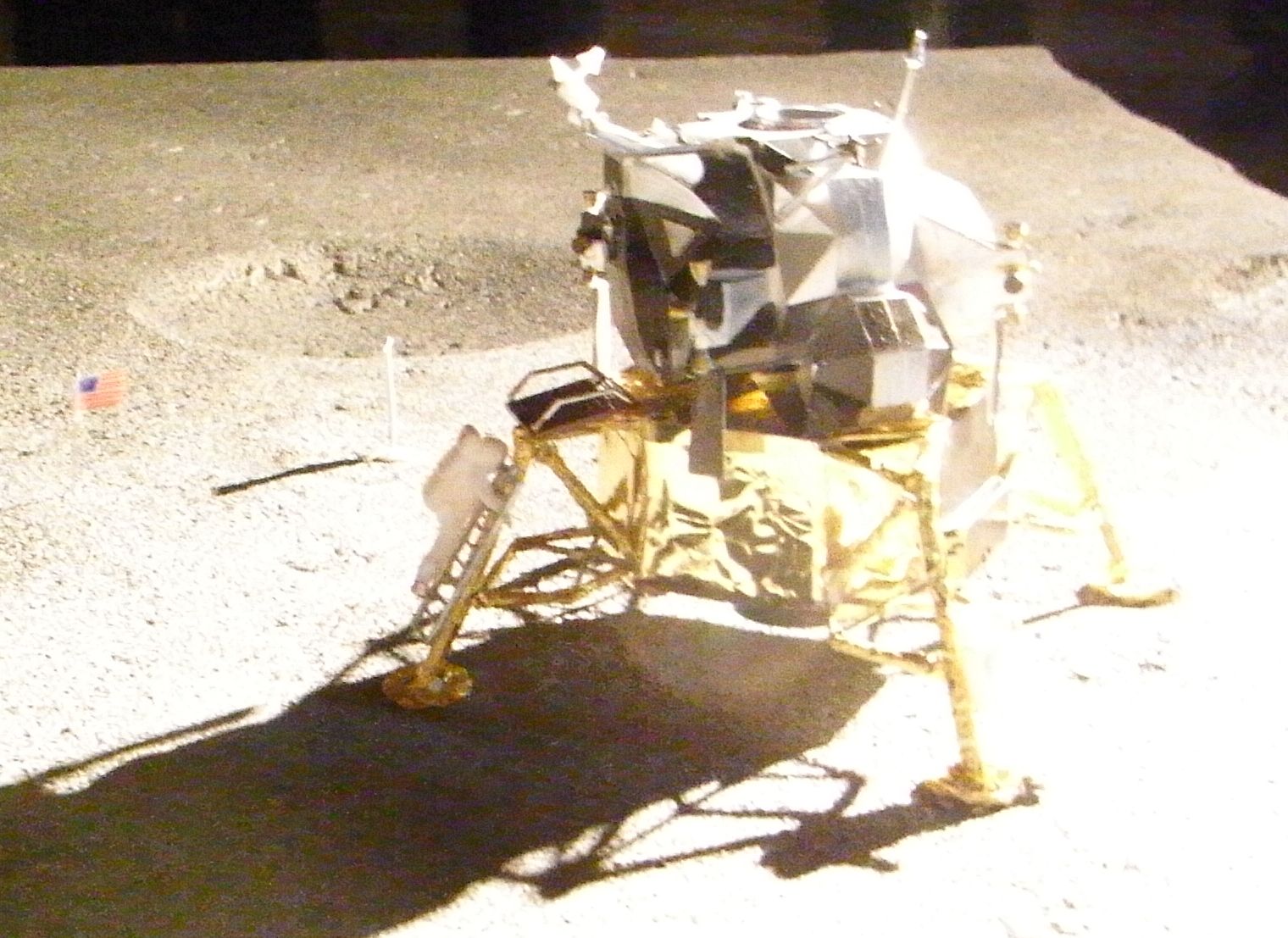 Figure 5.5-3. A model of a lunar landing scene, lit outdoors at night by a single light source. The astronaut in the shadow of the LM is visible. Credit: PA.


In other words, people who claim that this phenomenon reveals that the photographs were faked are actually revealing their lack of basic concepts of photography.

Besides, it’s ultimately a matter of common sense: if astronauts were really not supposed to be visible when they stood in shadow on the Moon, then why would NASA make them so bright and get such an obvious detail wrong?

This conspiracy theory is a good opportunity to explain why all six Lunar Modules landed so that their hatch and ladder were in shadow. It’s because Lunar Modules took care to keep the Sun behind them during their descent to the lunar surface, so that the shadow of the spacecraft would be visible through the front windows and would act as a reference to assess altitude. This was invaluable in an environment where there were none of the usual altitude references (houses, trees, roads) and there was no atmospheric haze to suggest distance.

NEXT: 5.6 Why aren’t the shadows parallel?