5.29 Does this spacewalk photo show the reflection of the movie set in the astronaut’s visor?

IN A NUTSHELL: No. It's a photo from a ground test.


THE DETAILS: A photograph circulating on the Internet is described as an image of an astronaut spacewalk, taken during the Gemini 4 flight. But the photo shows a room reflected in the mirror-like visor (Figure 5.29-1). The caption of the photo says “Hey NASA! Why is there an office reflected in your visor?”. 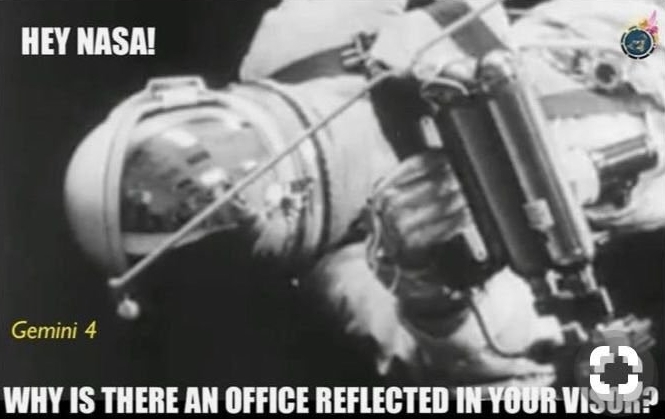 
However, the careful research of experts such as Ufoofinterest allow to find the original source of this photograph: it’s a still from the footage of a ground test of the suit and of the jet-propelled maneuvering unit handled by astronaut White in preparation for his spacewalk in 1965.

The full film sequence is available for example at Framepool.com, where it is clearly identified as “pre-flight test (for space walk)”. Moreover, the bare arm of a man can be seen in the sequence, revealing very clearly that this cannot have been filmed in the vacuum of space (Figure 5.29-2). 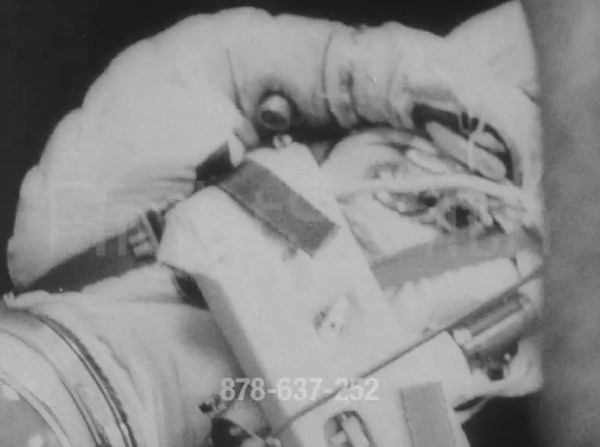 Figure 5.29-2. A still from the full footage shows a bare human arm entering the frame from the right.


The specific frame used to create the image in dispute is shown in Figure 5.29-3. 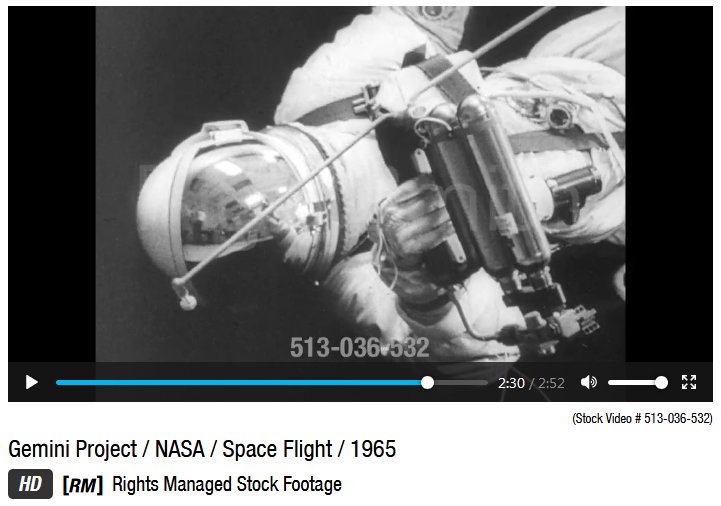 
Even without this patient search for the source of the image, common sense alone should make it obvious that NASA or any other government body who wanted to fake a spacewalk photograph would not have been so stupid as to leave the visor reflection in full view and hope that nobody would notice it.

NEXT: 5.30 Why is there a fake photograph of Alan Shepard on the Moon?