5.28 Why is there a sharp dividing line between the foreground and the background?

IN A NUTSHELL: Because it’s the outline of the natural rises and hollows of the lunar terrain. The same effect occurs in desert photos taken on Earth.


THE DETAILS: Many photographs of the Moon landings show a very sharp dividing line between the terrain in the foreground and the surface in the background.

According to some conspiracy theorists, such as David P. Wozney, this is the line that divides the floor of the movie set from the flat backdrop used to simulate the lunar environment. The line, it is claimed, is revealed by sudden differences in color and sharpness. 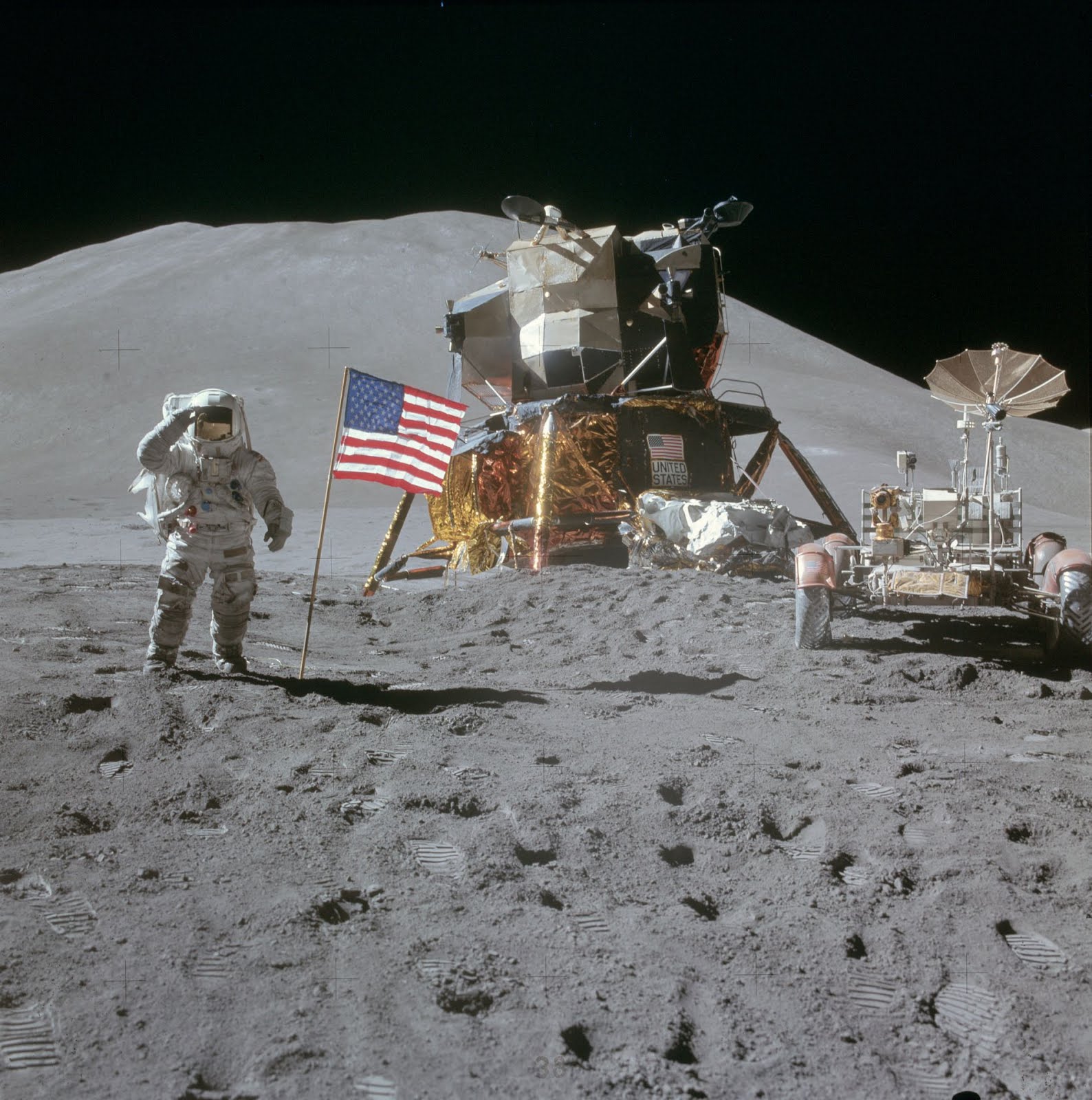 Figure 5.28-1. Photo AS15-88-11866 (Apollo 15). On the left there is a double horizontal dividing line, which separates different colors and sharpness levels. 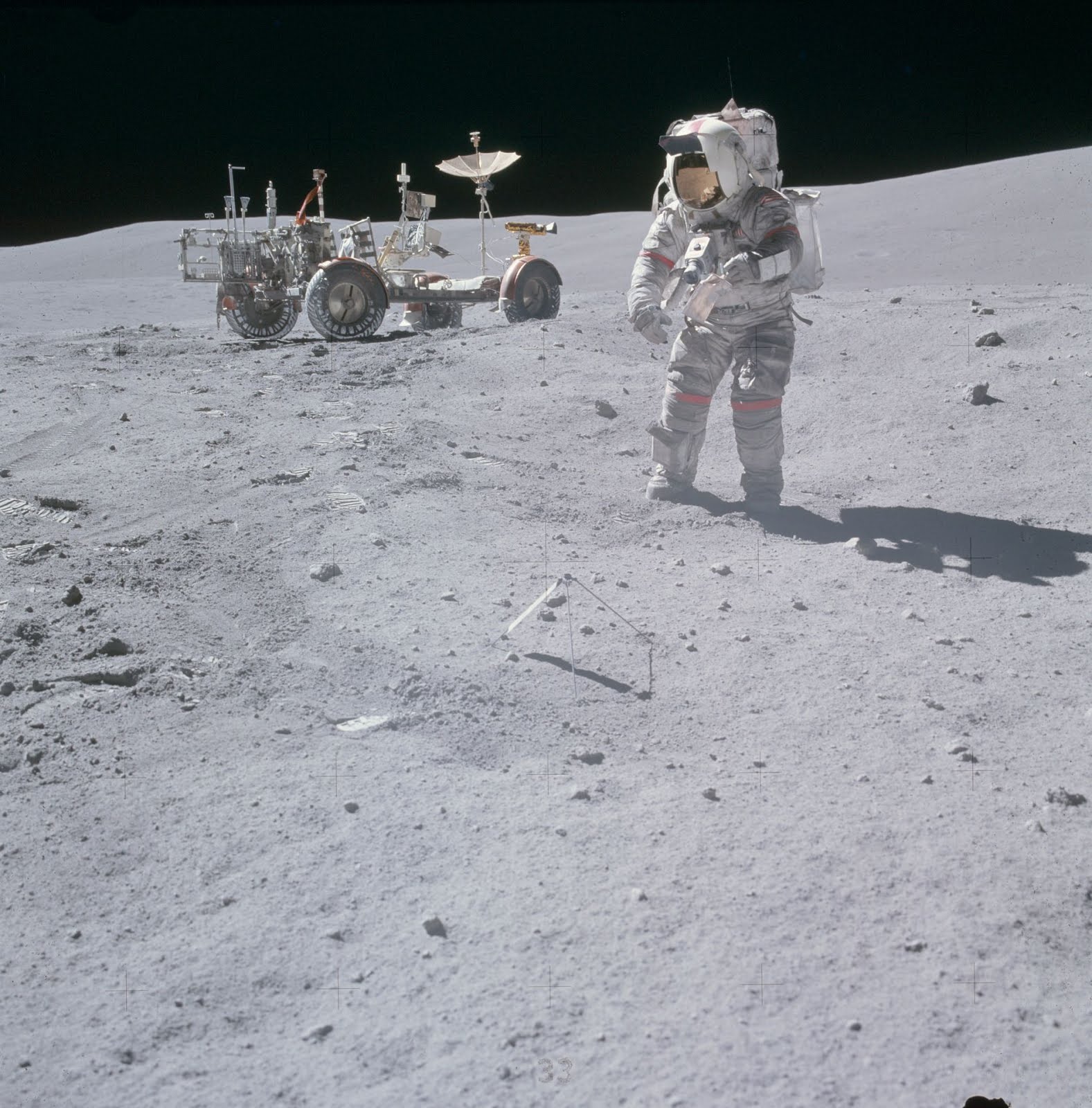 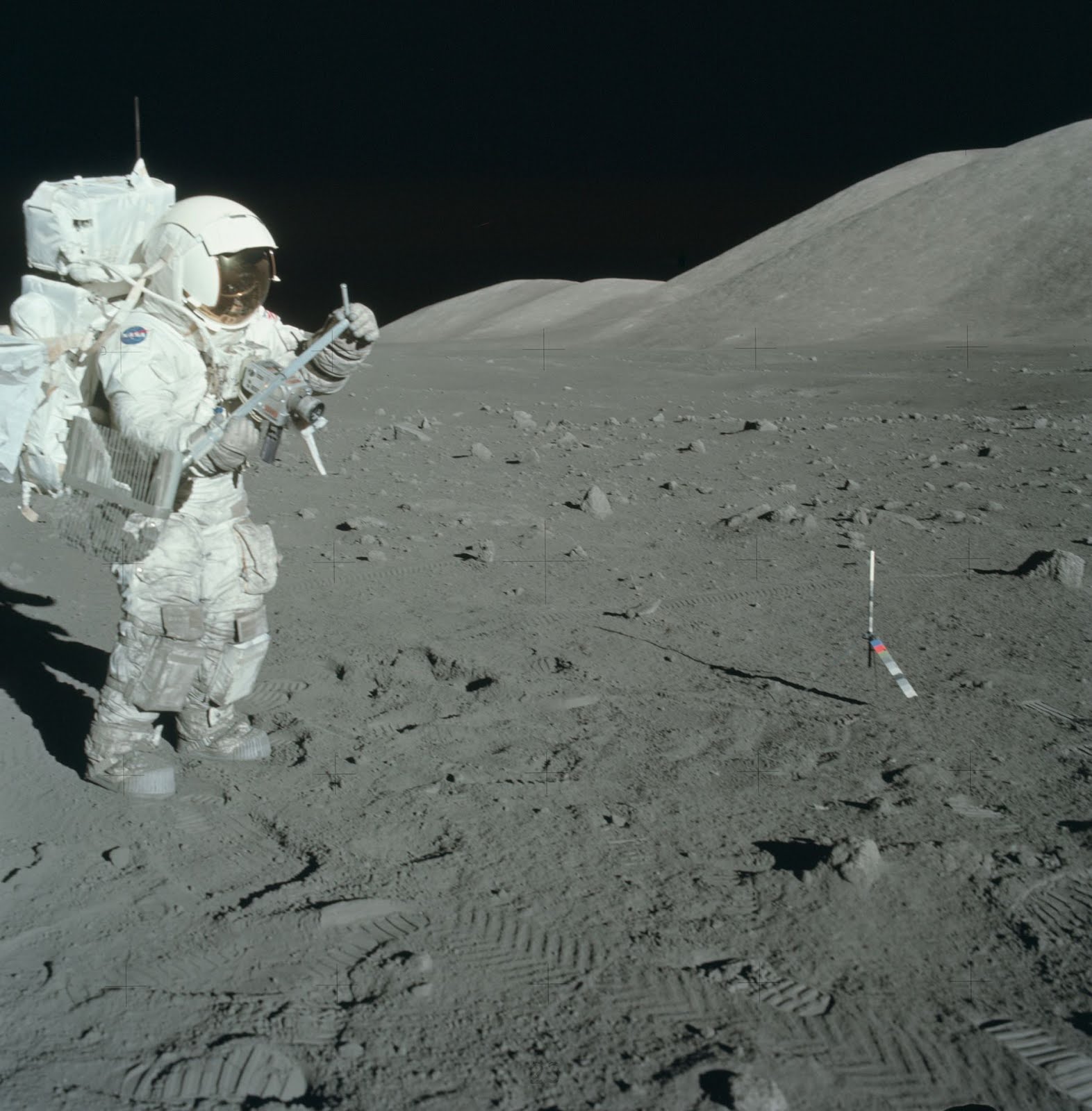 
This claim, however, clashes with the fact that in many instances there are photographs taken from various viewpoints of the same lunar location. The movie trick of using backdrops (forced perspective) only works from a single viewpoint: viewed from a different location, the illusion of depth is destroyed. 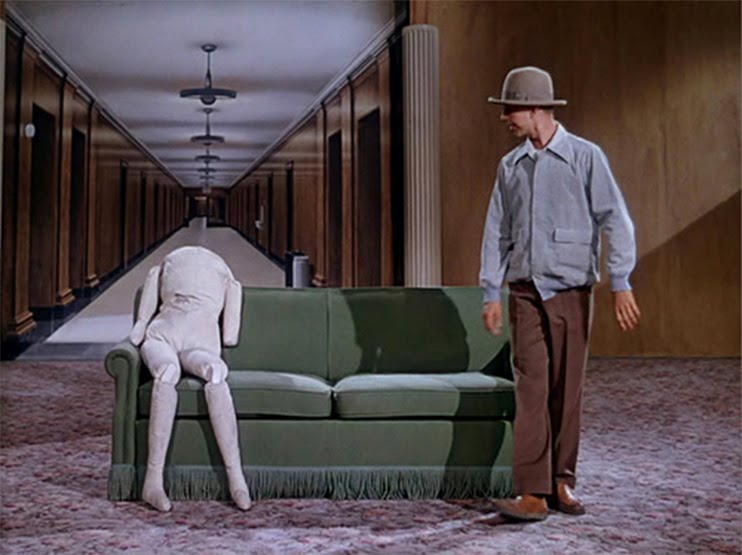 Figure 5.28-4. A forced perspective backdrop in the movie Singin’ in the Rain (MGM). The corridor is actually a flat painting. Viewed from a different angle, the trick would be immediately evident.


The 16 mm film footage taken while riding the Lunar Rover shows changes in viewpoint that would be impossible on a movie set with backdrops and clearly reveals the rises and hollows of the terrain.


The same kind of dividing line can be seen in real panoramic views taken on Earth, such as this image showing the desert in Kenya:


In other words, the presence of dividing lines and sudden color difference is not necessarily evidence of the use of backdrops.

The explanation that best fits all the phenomena that can be observed in the photographs taken on the Moon is that the terrain is not uniformly flat but has rises and hollows, which naturally form dividing lines, for example along the ridge of a rise. Without familiar references (trees or houses, for example), and without the atmospheric attenuation that occurs on Earth, it’s hard to interpret these two-dimensional photographs correctly and realize that there are many undulations in the ground.

Stereo photographs of the lunar landscape instead reveal the actual shape of the terrain very clearly. 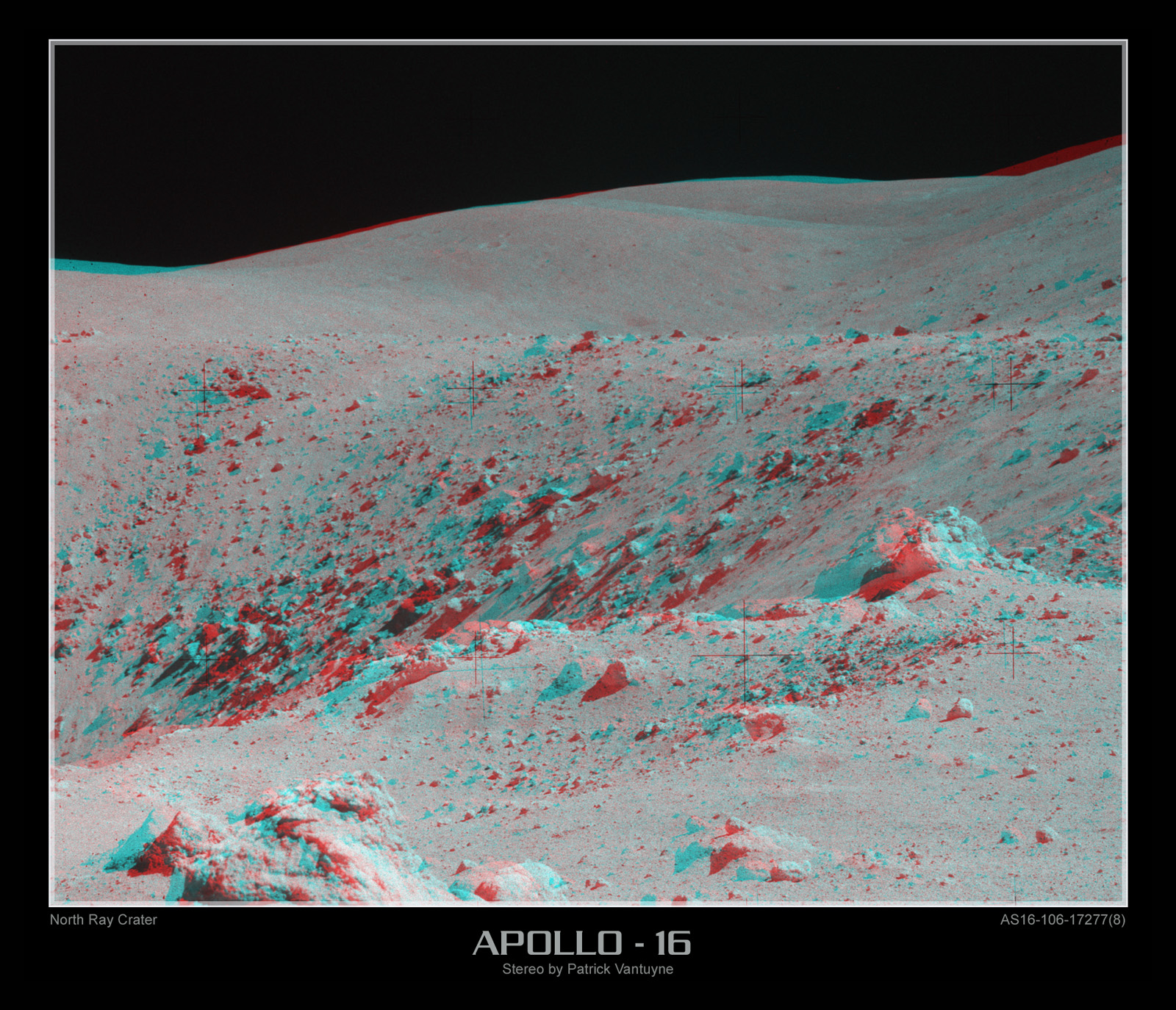 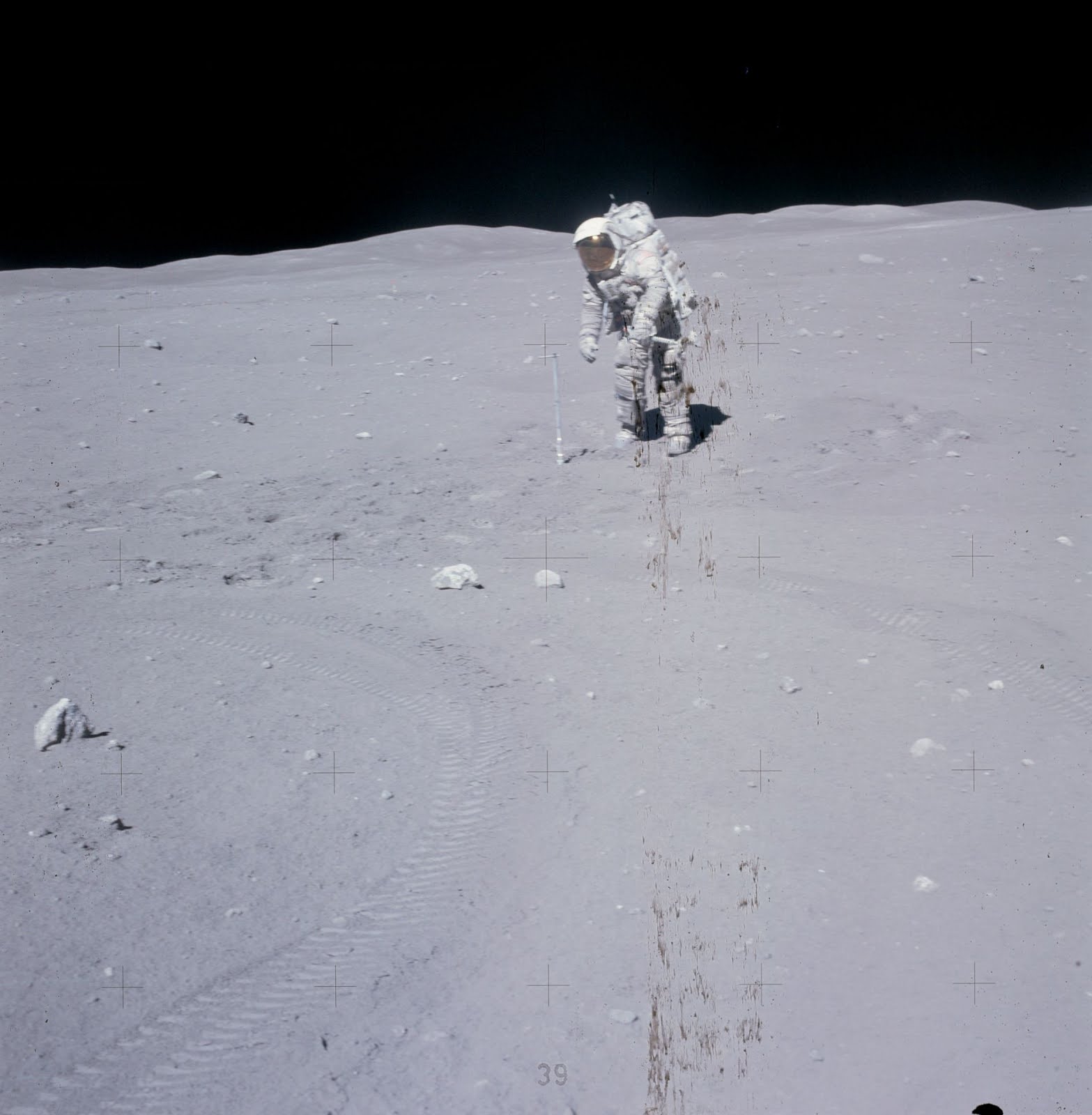 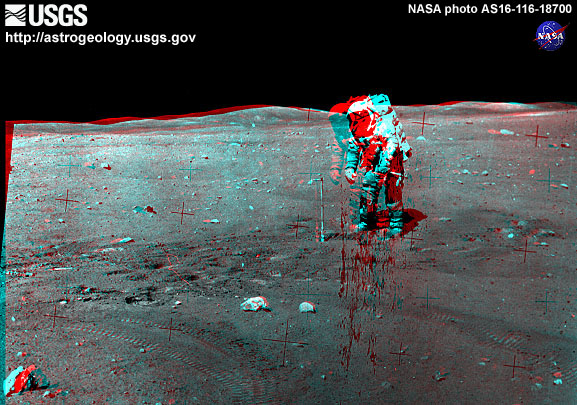 Figure 5.28-9. This stereo image obtained by combining photos AS16-116-18699 and 18700 (USGS Astrogeology Science Center) reveals the rises and hollows of the landscape.

NEXT: 5.29 Does this spacewalk photo show the reflection of the movie set in the astronaut’s visor?