IN A NUTSHELL: No, they shouldn’t. The shadow side of a backlit astronaut is lit by the light reflected off nearby objects. Reflection doesn’t need an atmosphere and works fine in a vacuum. This is demonstrated by many other undisputed space photographs.


THE DETAILS: Many supporters of Moon photo fakery theories have remarked that in some pictures the astronauts have the sun behind them and are therefore brightly backlit, yet they don’t show up as dark silhouettes as normally happens in backlit situations. On the contrary, their shadow side is perfectly visible.

An example of this phenomenon is Apollo 15 photograph AS15-85-11514 (Figure 5.18-1): the direction of astronaut David Scott’s shadow indicates that the photographer, James Irwin, is facing the sun and therefore Scott’s side facing the camera is in shadow, yet we can see it clearly. It is claimed that this is impossible in the vacuum of the Moon, because there’s no atmosphere to diffuse the sunlight and therefore the shadow side of an astronaut should be pitch black. The same claim is applied to Aldrin’s famous photo, AS11-40-5903 (Figure 5.18-2). 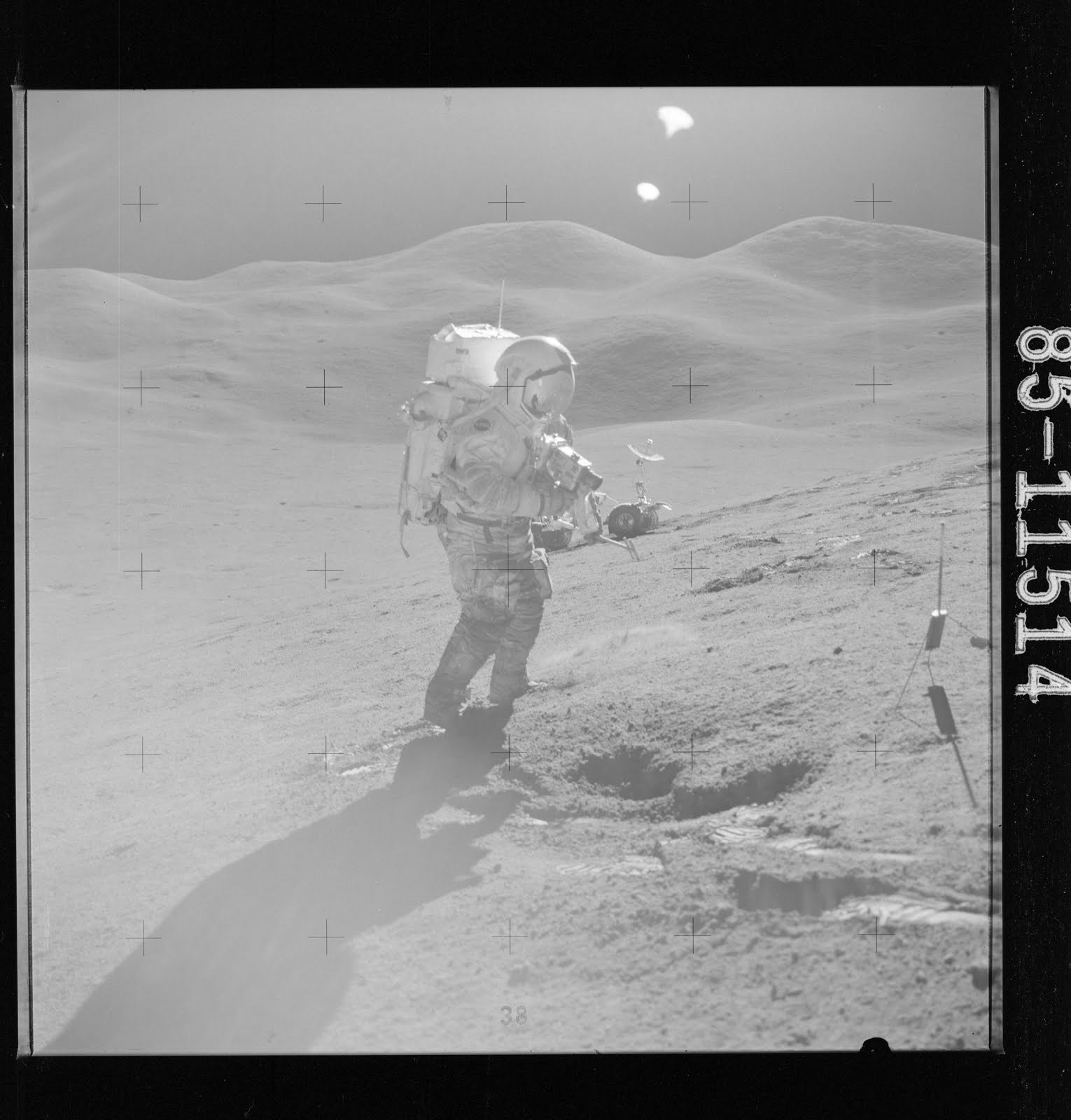 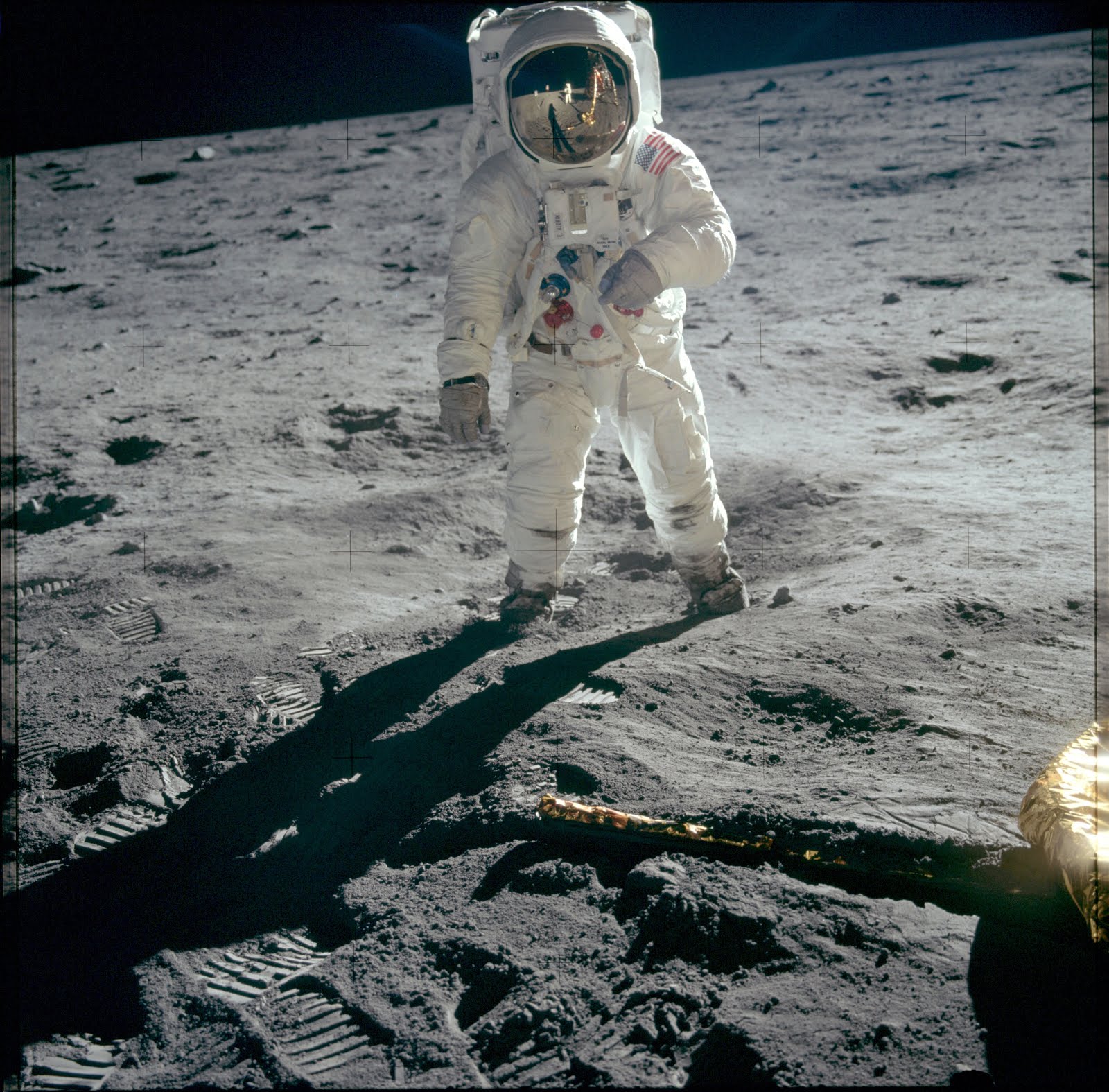 
This argument is based on an incorrect premise. In actual fact, the laws of physics and optics say that the presence of an atmosphere has nothing to do with the possibility to take backlit photographs. The shadow side of a backlit object is not lit by diffusion, which is the scattering of light produced by the gas molecules, suspended dust and water droplets of an atmosphere; it’s lit mainly by the reflection of light from nearby objects, which does not require an atmosphere. So reflection works fine in a near-vacuum such as the Moon.

Atmospheric diffusion or scattering is the phenomenon that causes, for example, the glow around a streetlight at night.

Shadows on Earth or on the Moon are instead lit mainly by the reflection of light on nearby objects. Photographers often use reflection (not atmospheric diffusion) to soften the shadows of a portrait by placing the subject close to a brightly lit wall or by using custom-built reflective panels, which are kept out of frame, as in the example in Figure 5.18-3. 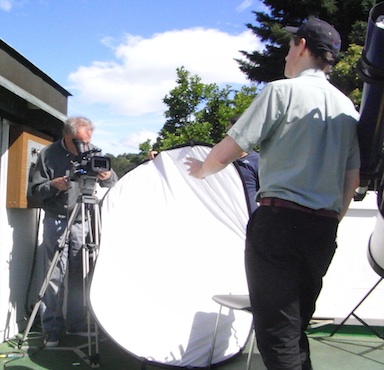 Figure 5.18-3. Reflection on a bright surface is often used to soften the shadows of a person standing against the sun. Credit: Lisa Attivissimo.


On the Moon, this reflection is provided mainly by the ground, which is in full sunlight and is all around the astronauts, who are wearing a highly reflective white spacesuit.

The fact that an atmosphere is not needed to obtain a fill light in backlit pictures is demonstrated for example by Space Shuttle photographs, where the astronaut is in the vacuum of space but the light reflected by the surrounding surfaces and by the daylit Earth below is more than enough to soften the shadows.

In Figure 5.18-4, for example, the only source of direct light is the sun, but the white surfaces of the Shuttle cargo bay reflect enough of this sunlight to lighten the shadows on astronaut Bruce McCandless. 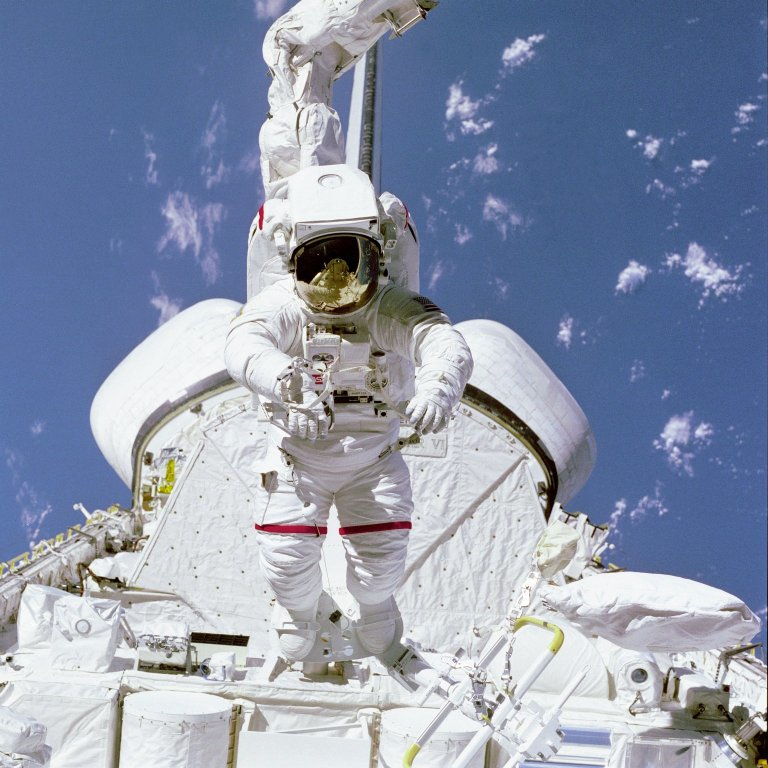 
In other words, the explanation of this alleged anomaly is the same one given for the objection that astronauts in shadow are strangely well-lit. In that case, the conspiracists argued that the counterintuitive lighting was evidence of studio spotlights, whereas here they claim that shadow softening is evidence of an atmosphere. In both instances their claims turn out to be factually incorrect.