One of the reasons why some people have been taken in by Moon hoax theories is that the media coverage during the Apollo missions was vast but nonetheless surprisingly shallow if compared to today’s drinking-from-a-fire-hose standards.

In the Sixties and Seventies it was very complicated and prohibitively expensive for an ordinary person, especially outside the United States, to go beyond what was offered by the media and obtain copies of NASA’s technical reports or of a complete, high-resolution series of the photographs taken on the Moon, which would have to be printed or microfilmed and mailed.

The only sources of readily available information were the press and the radio and TV networks: most people got only what these sources deemed fit to broadcast or publish, which rarely included technical minutiae. Astronomy and aviation magazines provided more detail, but they were read only by enthusiasts; the general public didn’t get that kind of in-depth information. Today, instead, thousands of pages of original, complete technical reports and tens of thousands of Apollo photographs are just a click away on the Internet.

Information regarding the Moon flights was also politically sensitive and therefore subject to control, not necessarily as censorship by government order but as self-censorship of news organizations, which often chose to promote America’s image of technical prowess and declined to publish unsavory details that would spoil it and damage the political competition with the Soviets on the world’s highly volatile stage.

The end result was a widespread but false impression of magically flawless missions, on which Moon hoax theorists often prey. At the time, only the people who were closely involved in the Moon missions knew otherwise. Today, now that the Cold War is essentially over and many confidential files (such as spy satellite photographs of the Soviet N1 lunar booster) have been released by the US and Russian governments, everyone can find out how things actually went. It’s a fascinating journey of discovery even for non-doubters.

This dearth of material to show and the highly technical nature of the subject sometimes led the media to publish their own little Moon hoaxes. For example, for Apollo 11’s first Moon landing, the front page of Italian newspaper Il Messaggero of July 21, 1969 (Figure 4.3-1) was noted by Time magazine, and is currently featured in the Kennedy Space Center exhibition, for spectacularly covering three-quarters of its front page with three words: “Luna – Primo Passo” (“Moon – first step”). But since the now-famous photograph of Buzz Aldrin’s bootprint was not available at the time (it was still undeveloped in a Hasselblad film magazine on the Moon), the newspaper nonchalantly faked it by using the print of an ordinary fishing boot. 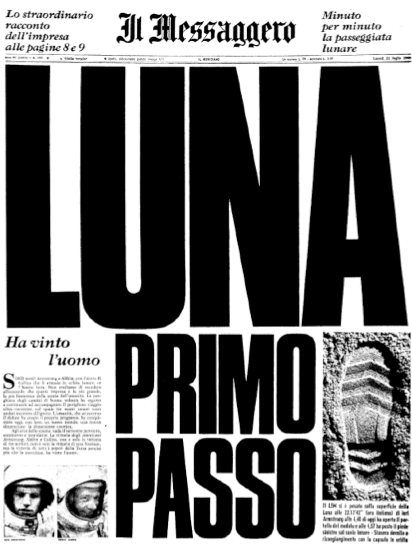 
Of the thousands of photographs that were taken, the general public only got to see the small set chosen and published by newspapers and magazines or issued by NASA, and even those images suffered from several analog transfers and heavy-handed manual retouching that eroded the quality and sharp detail of the originals, as shown by Figures 4.3-2 and 4.3-3. 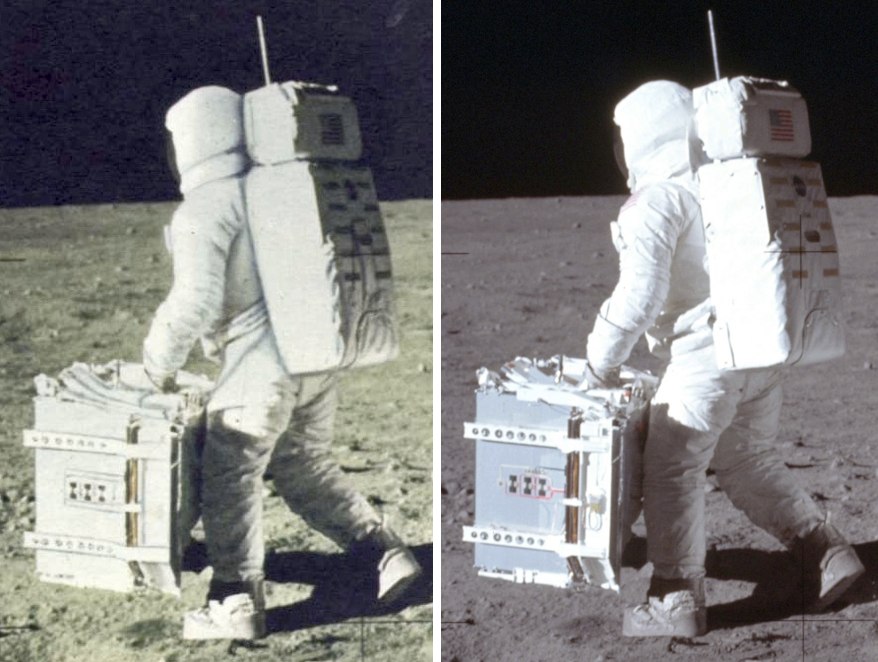 Figure 4.3-2. Left: a detail of NASA photo AS11-40-5945 (Buzz Aldrin on the Moon during Apollo 11) as published in September 1969 in the Italian hardcover book Terra Luna Anno 1 (published by Mondadori). Right: the same detail in a direct scan of the original film. 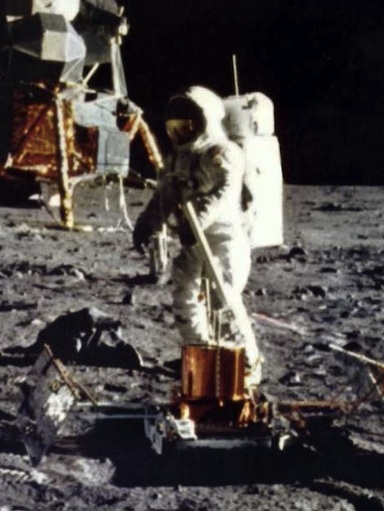 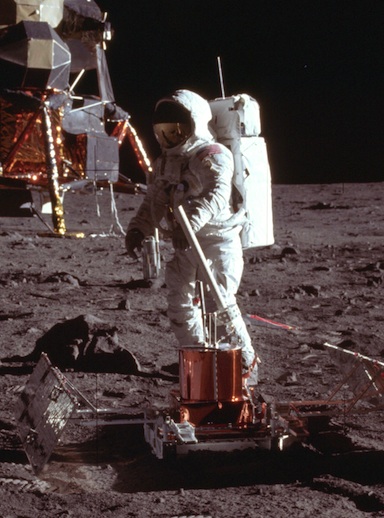 Figure 4.3-3. Top: a scan of an original 1975 NASA print of photo AS11-40-5949 (cropped) showing Buzz Aldrin on the Moon during the Apollo 11 mission. Bottom: a scan of the same photo taken directly from the original film and now downloadable from NASA’s website.


The color film and television recordings were available only when they were broadcast by the TV networks or shown in movie theaters, often in the form of faded, grainy, low-quality transfers that don’t do justice to the actual clarity and definition of the originals.

Today, instead, anyone can buy DVDs and Blu-ray discs with direct digital scans and transfers of the entire Apollo visual record and view the original detail and the pictures that the media, at the time of the Moon landings, didn’t show due to inevitable space and time constraints.

The complete recordings of the radio transmissions of all the missions are also available to download. Even the audio and transcripts of Apollo 11’s onboard voice recorders are now online in NASA’s archives and at Live365.com.

Rather paradoxically, we have a far more complete and detailed coverage of the Moon landings today than we had while they were taking place.