The Kaguya/Selene automatic Moon probe, launched by the Japanese space agency JAXA, spent 20 months orbiting the Moon, ending its mission in 2009. Its laser altimeter had a vertical precision of 5 meters (about 16 feet), which allowed JAXA’s scientists to generate highly accurate digital 3D maps of the Moon’s surface. The map data are available at Kaguya’s website. 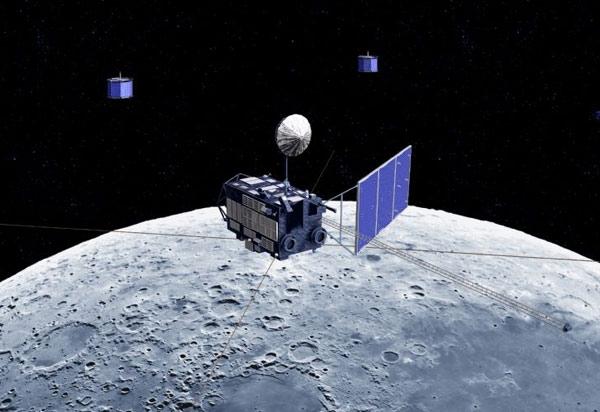 Figure 3.10-1. Artist’s rendering of the Japanese Kaguya probe and of its two subsatellites, Okina and Ouna. Credit: JAXA.


The highly detailed pictures from Kaguya’s camera can be combined with the altimeter’s 3D terrain measurements to generate virtual views of the moonscape as seen from any point on or above the lunar surface.

The Japanese space agency’s engineers tested Kaguya’s systems by comparing their results with NASA’s, using only their own data to generate a digitally rendered view of the lunar surface as it would appear if the observer stood at the site where the Apollo 15 astronauts took a series of photographs in July 1971 and looked in the same direction as they did. The comparison is shown below and speaks for itself.


The object on the far left in the NASA photograph is a portion of the Lunar Rover, the electric car used by the astronauts. Indeed, the other photographs of the NASA sequence include astronaut David Scott, who is working on the Rover, as can be seen in the composite picture shown below. 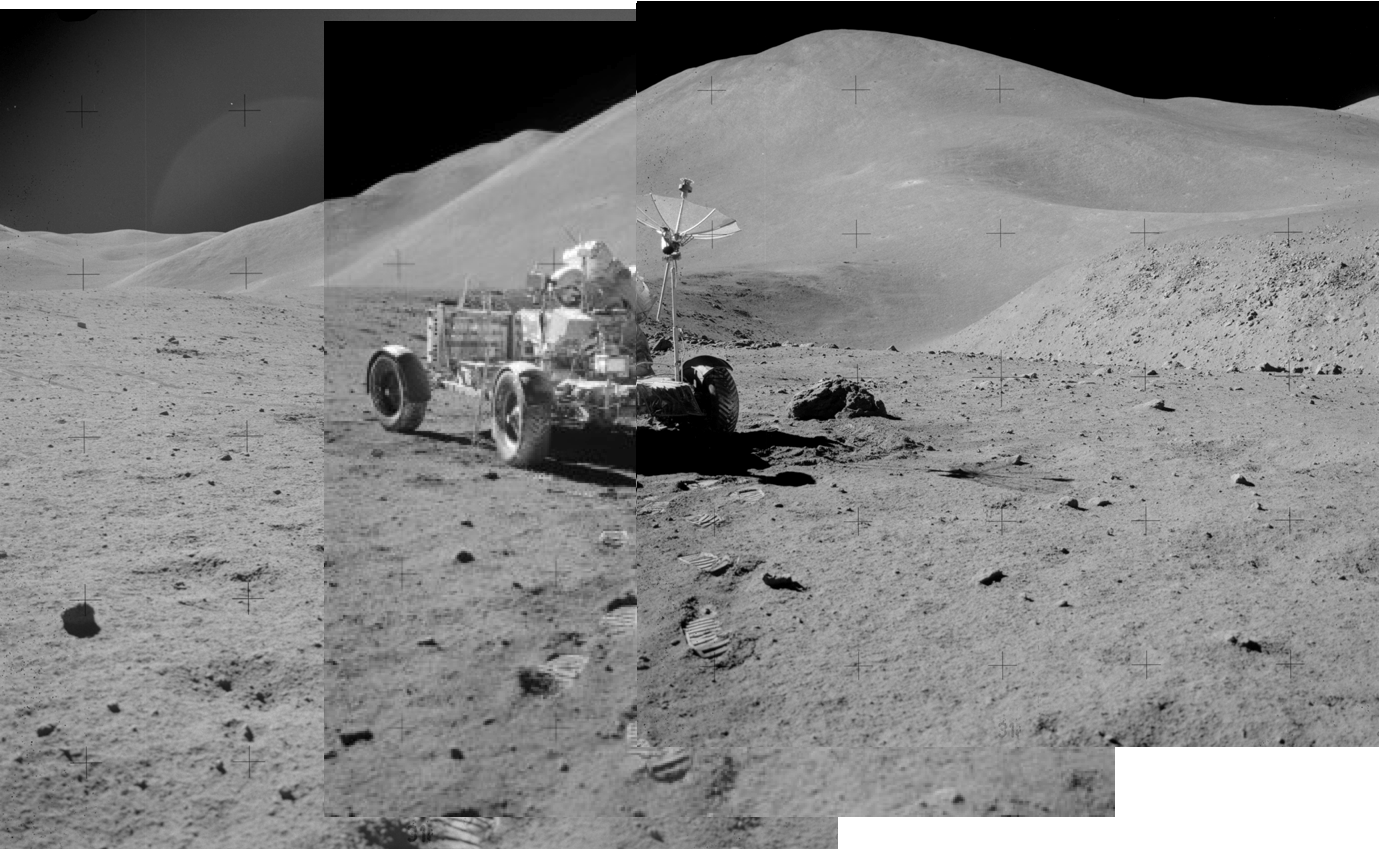 
In other words, in 1971 NASA published photographs that showed a lunar mountain range seen from a specific point on the surface of the Moon and included an astronaut and his vehicle. Thirty-eight years later, a Japanese probe went to the Moon, scanned that same mountain range and found that the view from that specific location matches exactly what NASA had shown nearly four decades earlier in the Moon landing pictures. How did NASA know in 1971 what that ground view looked like? How did it get a Rover and an astronaut in the picture?

Perhaps NASA secretly carried to the Moon a Rover, a dummy dressed in a spacesuit, and a robot that set them in position, took their photograph and returned the high-resolution film to Earth. But that would imply that in 1971 the US space agency was already capable of performing extremely complex Moon missions with substantial payloads. But if it had such an advanced capability, then it would have been able to put real astronauts on the Moon.

Or maybe the US sent an automatic probe to the Moon in 1971 or earlier and gathered high-precision altimetric data of the contour of the lunar surface, or took photographs from ground level, and then built movie sets that replicated exactly the actual appearance of each Moon landing site.

But it would be ludicrous to think that a government organization could carry out successfully such a complex operation in absolute secrecy, and do so six times, involving inevitably a very large amount of people to create the fakery, without anyone ever making mistakes or revealing too much, without ever losing any of the paperwork involved, and with the risk of catastrophic humiliation in case of a slip-up.